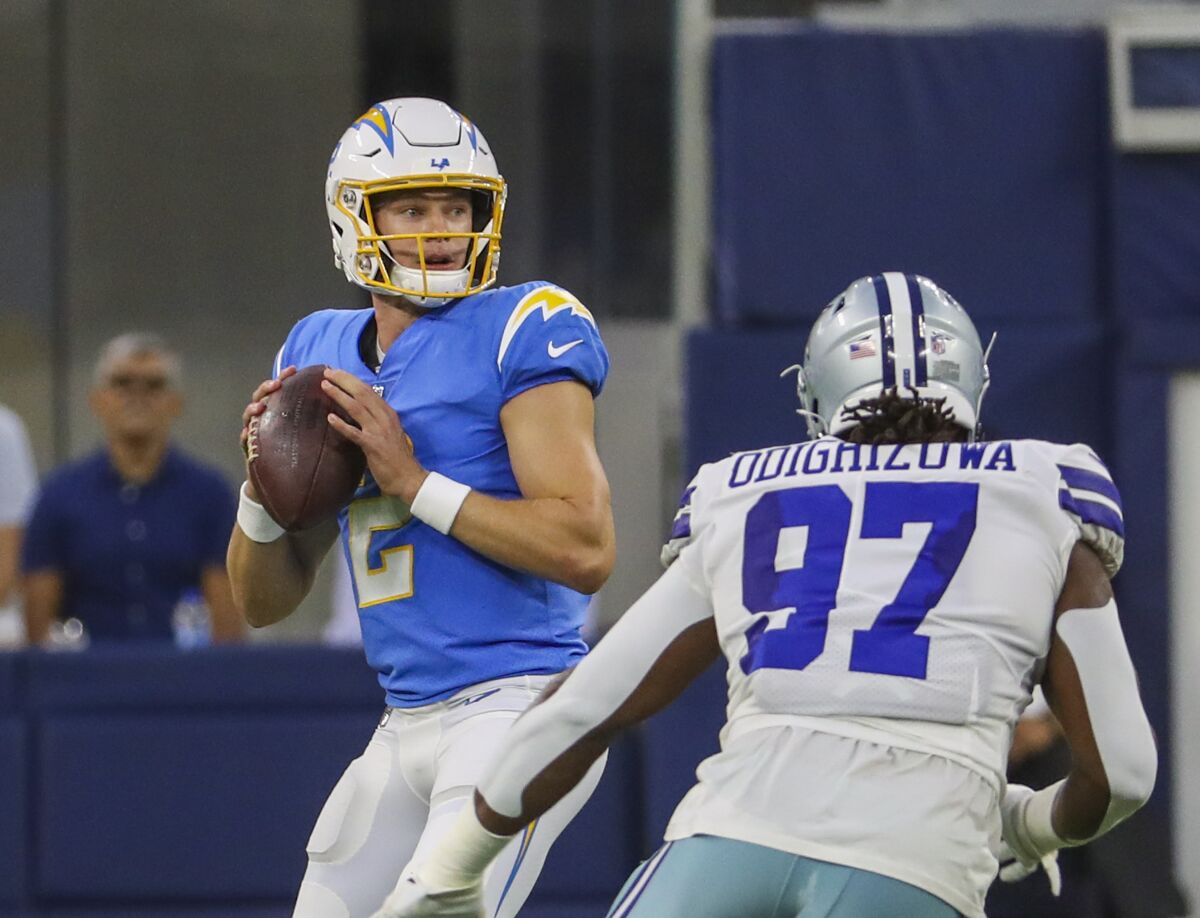 Early on, the Chargers were able to hold their own against the Jaguars. Going toe-to-toe the Bolts’ defense held the Jags running game early. Though the Chargers’ offense was stagnant, they showed promise and spurts of breaking out sparked a glimmer of hope.

Looking back on my preview for this game, I believed this was going to be the case. I honestly thought this game would begin to show the grit and fortitude this team is capable of. I thought the Chargers would have stepped the pressure up in the second half recognizing their shortfalls from the previous games. They most certainly did not, instead they regressed and played the worst half of football we have seen yet. Incredibly disappointing from a team that on paper should be having a season that will make its history. I argued with someone when it was suggested it could be that the coaching staff just cannot get it done, but doubts are creeping in. Is that what this team needs, fresh legs at the Offensive coordinator position? Time will tell.

Once again, the big injury beast started hitting the Chargers. It claimed linebacker Joey Bosa with a groin injury and left tackle Rashawn Slater with a left arm injury that could be significant. The offensive line didn’t struggle as badly as anticipated without their young star right tackle, but their offense was stifled by the Jaguars’ defense. They could not keep the ball moving as they had in the first half. Once again showing a trend toward not being able to keep momentum through an entire game. Wide receiver Mike Williams could not repeat his spectacular performance from week 2. With wide receiver Keenan Allen still out of commission, the Chargers’ lack a consistent secondary option for Herbert. This is becoming a prominent issue. Something has to change here gentlemen.

Another issue that seems to be arising is the play calling capability of Joe Lombardi. Many, including myself, keep wondering why this high-powered offense isn’t producing more. The Lombardi name carries some high expectations with it. It is not an enviable position, but respectfully, if you cannot produce and put up the numbers then change your approach. Otherwise, the team is going to have to make a change for the benefit of the franchise. You can only put so much blame on the players. If we don’t see a turnaround over the next two weeks, I think it may be time to consider making that change before the season is lost. The Chargers also have to push their strength and conditioning staff to ensure the health and safety of their players.

The defense left a lot to be desired. The success they had previously enjoyed was short lived. They failed to stop the run and force turnovers in this game, but we cannot put all the blame on the defense. The offense’s lack of production put the ball back into the Jaguars’ hands leading them to have almost 40 minutes of possession. The defense was just out there way too long, and, in my opinion, they did the best they could. This Jaguars team has shown much improvement and should not be underestimated looking forward in the season. If you look deep and put aside the growing pessimism, there were some positive marks on defense.
Defensive tackle Sebastian Joseph-Day is turning into one of their premier run stuffers. If he can keep this up, it should start paying long-term dividends once the offense begins having its puzzle pieces click together. Another bright spot was the play by middle linebacker Drue Tranquill and safety Derwin James. Tranquill has really stepped up in defending the run game. After patiently waiting and holding out to receive a massive extension, James has really shown up to prove he was worth the investment. In respect of the salary cap, his incentives better measure up so the Chargers can keep him happy. Having a big hit last week on Travis Kelce and this week having multiple hits really brings the intensity the defense needs. Not to mention, James has also been able to stay healthy which is another huge plus.

Despite this disappointing loss, adding to our questions and bringing whispers of doubt to our minds, I don’t think we need to hit the mayday button quite yet. I believe the Chargers deserve two more weeks to try to fix the issues that are plaguing them. Either they get on the right side of their injuries or come up with viable alternatives to positively reinforce their productivity and outcomes. This week the Chargers have another possible trap waiting in the game against quarterback Davis Mills and the Houston Texans. Let’s hope the Chargers do not underestimate Houston and turn this two-game losing streak around.