Charlie Weis: Leader On and Off The Field! 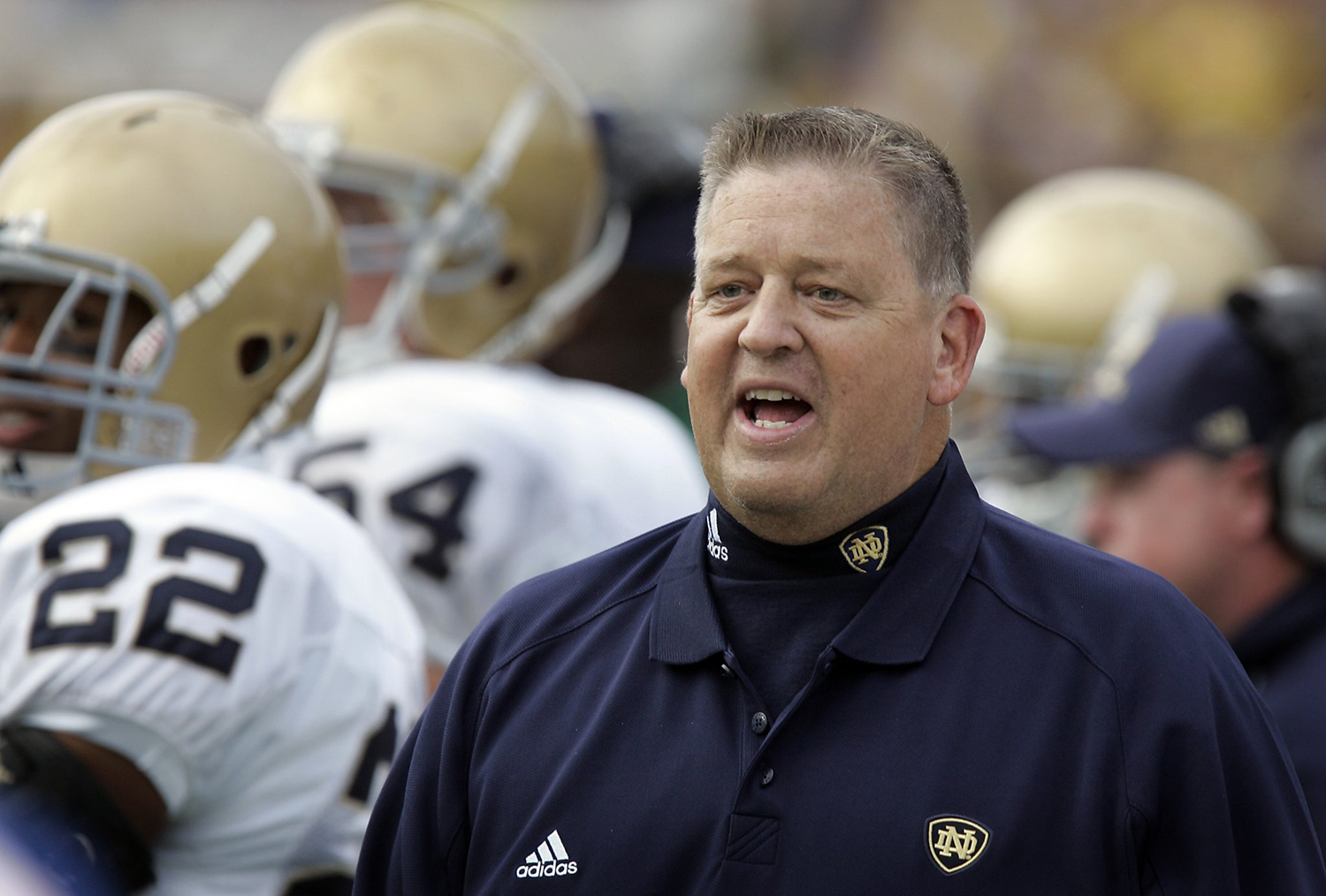 Over the years, Coach Charlie Weis has helped develop professional and student athletes, while also devoting his utmost attention to his own family. The wisdom that he continues to share with his family and peers is a nod to the invaluable information he has gathered both on and off the field.

Charlie Weis was born in Trenton, the  capital of New Jersey. After graduating from Notre Dame in 1978, Weis began his professional coaching career under Bill Parcells, when he was named offensive assistant and assistant special teams coach with the New York Giants in 1990. That year, The Giants went on to win Super Bowl XXV at the end of that season, beating the Buffalo Bills by a score of 20-19. As an assistant, Weis served under Bill Parcells with the Giants, Jets and Patriots.

“He was the mastermind button pusher,” said Weis. “Parcells would know what button to push on every single person in the organization, from the custodian to the coordinators. He knew what button to push to make you go to a place that you didn’t know you were capable of going to. The irony of coach Parcells is that the higher you moved up in his food chain, the more abuse you took. Once I became a coordinator, the abuse level reached a crescendo.”

Following Parcells’ retirement in 1999, Weis stayed on in New England as an offensive coordinator under coach Bill Belichick between 2000-2004, helping the Patriots win 3 Super Bowls. The opportunity to learn under two of the greatest NFL coaches of all time has been something that Weis continues to apply to his coaching strategies and everyday lifestyle.

“The difference between the two, is that Belichek is the mastermind of insight and foresight,” said Weis. “In today’s game, he seems to have a greater insight than any coach he’s going against. He always seems to be a step ahead. As you’ve watched in the draft over the years, he always has 9 million picks accumulated. He figured out the salary cap system and how the league was going to go long before everyone else did, and started planning for the future. He’s been able to sustain a high level of success for a long time. You try to use the button-pushing of Parcells, and the insight and foresight of Belichick. Now of course you have to tweak those things to your own personality, but you still try to use those strengths and apply them to you everyday life.”

In 2004, Weis accepted head coaching responsibilities of his alma mater Notre Dame. In his first season, Weis was widely known for implementing schematic strategies that he adapted from the NFL, which helped the Fighting Irish finish 2006 at 9-2 and 2007 at 10-2 with consecutive BCS appearances.

“Here’s the big difference,” said Weis. “In college, you don’t get the players until about in the afternoon because they go to class. You can only be with the players for about 4 hours per day. When you’re in the NFL, you’re with the players from 7 in the morning until 5 in the evening, all my preparation takes place from when they leave at until into the night. When they come back the next morning, you have to have your stuff already done. In college, you come in the next morning and have until in the afternoon to have that time. In college, it’s much more family friendly.”

Over the next three years, the Fighting Irish posted a disappointing 15-21 record under Weis. With high expectations and a poor record, Weis was fired in 2009. Nevertheless, Weis would still leave a large piece of his heart in South Bend after his termination.

When Weis’ daughter, Hannah, was born, doctors told his family she suffered from Polycystic Kidney Disease and wouldn’t live for more than a few days. At two months old, Hannah had surgery on her kidneys to help assist her problems. Although the Weis’ have endured ups and downs over the years, Hannah is now seventeen years old, and enjoying her life to the fullest.

In 2004, Weis and his wife, Maura, established a nonprofit organization called Hannah and Friends dedicated to improving the quality of life for children and adults with special needs. Hannah and Friends provides support for a program called Hannah’s Helping Hands, which funds quality of life grants for Kansas, Kansas City Metropolitan area, Florida, Indiana, including the greater Michiana area, New York, and Rhode Island families that care for children and adults with special needs. The grants provide low and moderate-income families with stipends that may be used for a wide variety of supports related to their family member.

“This really started back in 2002 when I was with the Patriots,” said Weis. “My daughter, Hannah, has special needs, and in the spring of 2003 my wife and I were sitting down in a beach house in South Carolina going through a rough time, and that became the start of Hannah and Friends. What we decided to do was raise and donate money to improve the lives of people and try to make people more compassionate towards people with special needs.”

“It’s funny how it’s matriculated,” said Weis. “To start out with golf tournaments with the Patriots and Panthers, then it became more of a Notre Dame featured deal. Now it’s moved here in Kansas, but our headquarters are back in South Bend. We bought 40 acres of property in South Bend, and we’ve built a neighborhood called “Hannah and Friends” and in that neighborhood we have a rec center, animals, residents, a learning center, and we’re about ready to build an activity center. Between summer camps, day programs, and residential living, it is like the mecca for people with special needs because they feel so wanted and loved there.”