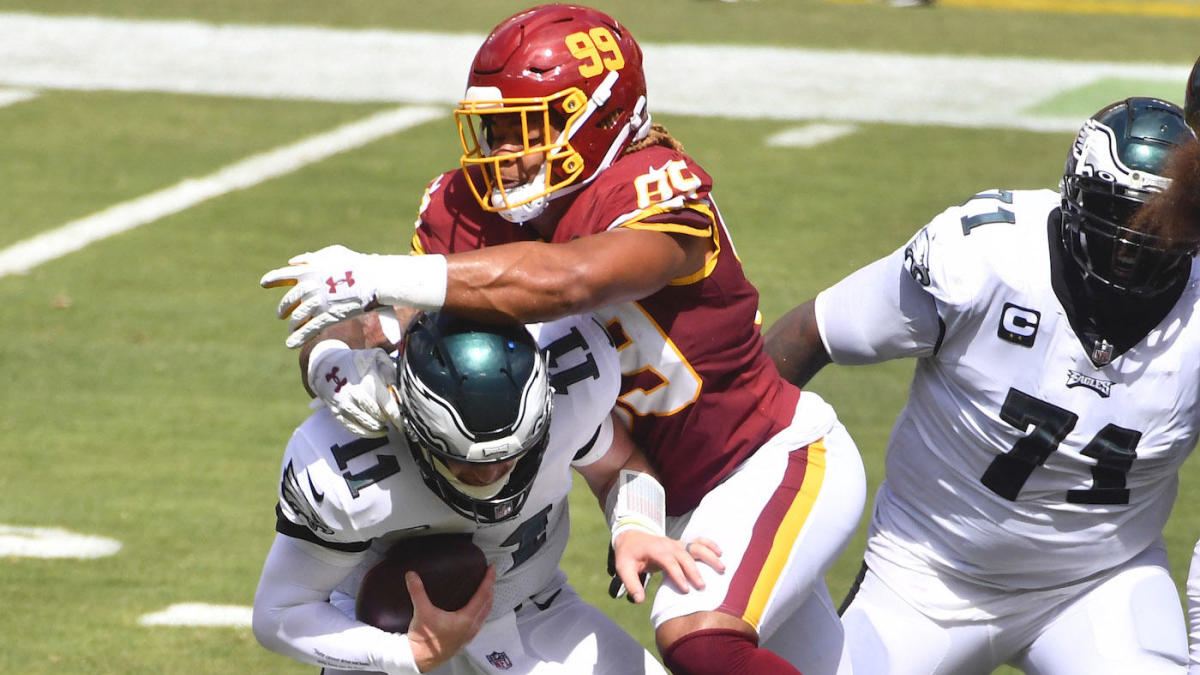 Against the odds, the NFL concludes week one without a single Covid-19 related hitch. Perhaps against even worse odds, the Washington Football Team took down the 2019 NFC East Champion Philadelphia Eagles. This marks the first season-opening win for The Football Team since Robert Griffin III’s debut against New Orleans in 2012.

Fans and media of the team knew going into 2020 that Chase Young was going to be a star, but few predicted 1.5 sacks and a forced fumble in his first NFL start.

Dwayne Haskins didn’t have a great game, but he accomplished something he has only accomplished once in his seven starts last year, he threw for a touchdown without at least one interception.

Ron Rivera showed incredible strength and bravery, deciding to take to the sidelines despite being diagnosed with cancer in August. Rivera received an IV at halftime with his team down 10, marched back out of the tunnel, and led his team to a dominant comeback.

It has been an especially turbulent offseason for The Football Team. From the scandals within the staff to the rebranding just months before kickoff, a dominant week one win over an NFC East rival provides a much needed deep breath.

The Cardinals may have only won five games in 2019, but their win this Sunday over the reigning NFC Champion San Francisco 49ers proved how dangerous they can be in 2020.

The keys to slowing down the Cardinals next Sunday include keeping Kyler Murray in the pocket, keeping the Arizona secondary honest with some deep attempts from Haskins, and at least limiting the targets to DeAndre Hopkins.

Haskins made his case to remain the starter in week one, but if the Cardinals Defense performs as well as they did last week, we may see Kyle Allen or even the veteran Alex Smith.

But for now, it’s time to celebrate. For the first time since 2018, the Washington Football Team sits alone at the top of the NFC East.