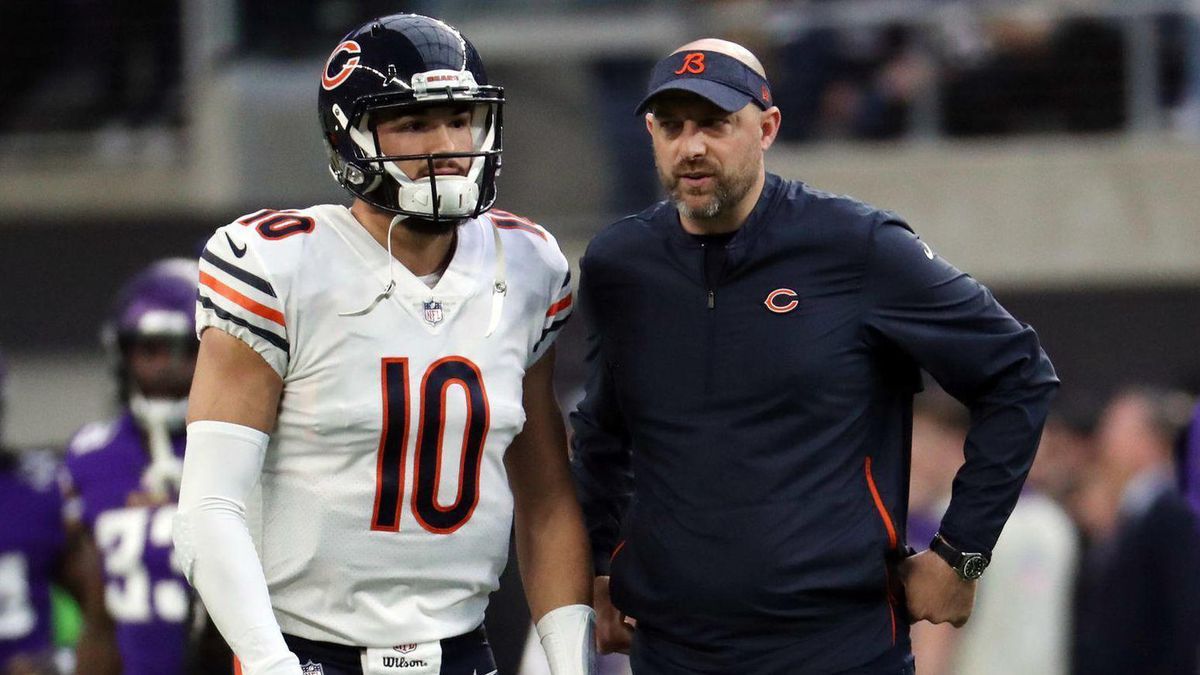 Due to the Chicago Bears’ loss to the Los Angeles Rams this past Sunday Night (7-17), their playoff hopes were pretty much crushed. The Bears are currently third in the NFC North, behind the Green Bay Packers (8-2) and the Minnesota Vikings (8-3), with a record of 4-6.

Their six losses so far this season are twice as many losses as they had all of last season (12-4 in 2018) when they made the playoffs and ended an eight-year playoff drought. Instead of improving in the offseason, the Bears have managed to get worse. Their disappointing performance so far this season is leaving Bears’ fans wondering: What went wrong?

There is no secret that the major reason that the Bears have regressed this year is due to the offense’s lack of presence and production.  The Bears have one of the worst offenses in the NFL so far this season. They are ranked 30th in yards per game (262.7) and 28th in points per game (16.9).

Remember that a big reason for the Bears’ turnaround last season was the signing of  head coach Matt Nagy. Nagy, who won the Coach of the Year award last season, put QB Mitchell Trubisky and the Bears’ offense in prime positions to succeed, leading them to produce 421 points (9th in NFL) last season.

The defense has dropped, remarkably only a few spots, due to fatigue because the team constantly loses the time of possession battle and gets put in bad spots due to poor field position. Injuries are another reason why the defense has wavered a bit. DL Akiem Hicks, DL Bilal Nichols, LB Danny Trevathan, and LB Roquan Smith have all missed time this year so far. The absence of DL Akiem Hicks has hurt the defense the most because they haven’t been able to generate a pass rush without him in the lineup.

The climate amongst Bears’ fans is as cold as the weather this time of year. No one can agree on if coach Nagy or QB Trubisky is to blame for the teams’ offensive woes. Through six games Trubisky has accumulated 1,580 passing yards, nine-passing touchdowns, four-interceptions, 58-rushing yards, zero-rushing touchdowns, one fumble lost, and a QBR of 36.8 (29th overall).

This was supposed to be the year that Trubisky was supposed to make the proverbial second-year leap under Naggy’s offensive scheme. Instead he managed to get worse, whether this is due to poor coaching or the fault of Trubisky’s quarterback ability is up for fans to debate. It is evident, however,  that the Bears completely whiffed in the 2017 NFL draft by deciding to trade up to get Trubisky second overall. To make matters worse the 2017 NFL draft was the draft that included QB Patrick Mahomes (10th overall) and QB Deshaun Watson (12 overall).

The Bears need to use their remaining games to re-evaluate their roster from top to bottom. It goes without saying that Trubisky is not the long-term option for the Bears. Luckily for the team there are plenty of options at the QB position around the league to explore so that the team doesn’t need a complete rebuild.

It should go without saying that a rebuild would squander the championship calibur defense the team has when everyone is healthy. Overall the Bears’ front office has some work to do because Trubisky is not the only player that has not played well this season.

The offensive line needs to be revamped.They have not given Trubisky time in the pocket to make sound decisions and they have not given a push in the run game to create holes for the running backs to run through. As far as the running game is concerned, the GM has to ask himself if fan favorite RB Tarik Cohen will be a long-term option in the backfield. RB David Montgomery has the ability to become a dynamic three-down back.

A Montgomery and Cohen tandem can be effective with the right gameplan, the question is: Is there enough room in the backfield for the both of them? Another area the team needs to address is the WR and TE position. Having WR Allen Robinson catch every ball is not sustainable nor is it healthy for Robinson to continue to take that amount of punishment every game.

WR Anthony Miller, who has shown signs of life lately and was a factor last year,  has to emerge as another option in the pass game to prove that he is worthy of a roster spot next season. TE Trey Burton, on the other hand, does not seem to be the player the Bears hoped he would be when they signed him. It will be interesting to see how the Bears address these problems going into next year.