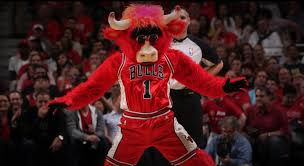 The Windy City Bulls, G League affiliate of the Chicago Bulls, have named their coaching and Basketball Operations staff for the upcoming 2019-20 season. The Bulls have displayed a trend of upward mobility in regards to filling up their leadership roles within the organization. The head coach of the Windy City Bulls is Damian Cotter and his assistant coaches are Henry Domercant and Martin Rancik. The Bulls have also promoted Josh Kreibich to General Manager of the Windy City franchise.

Newly appointed head coach Damian Cotter is very qualified for the position because has tons of past coaching experiences. Dating all the way back to the year 2000, he began his coaching career in Australia as head coach of the Knox Raiders Senior Men’s Team in the South East Australian Basketball League. Cotter also has 10 years of FIBA coaching experience with the Australian Junior Men’s Team as an assistant, and then head coach. His FIBA accolades include five World Championships and the 2016 Olympics in Rio de Janeiro. Not only did he coach in Australia but he has experience coaching in the G League. In 2017 he coached with the Long Island Nets, affiliate of the Brooklyn Nets, and in 2018 he served as lead assistant for the Capital City Go-Go, affiliate of the Washington Wizards.

Assistant coach Domercant is currently in his second season with the team after helping the franchise to its first NBA G League playoff appearance during the 2018-19 season.

Ben Sanders, returning for his second season with Windy City, has been promoted to Player Development Coordinator after spending last season as the Basketball Operations Coordinator.

Last but not least Matt Comer, returning for his third season with Windy City, keeps his position as Head Athletic Trainer.

The Windy City Bulls has shown their value of chemistry and continuity with their decisions on appointing their staff. Trust is a big part of the equation in regards to success in the sport of basketball, so for the Bull’s staff to have some familiar faces return to the building should prove beneficial. By the Bull’s putting together the best staff they can, it is clear that the priority of this organization is to help their young players in their quest to become NBA players.