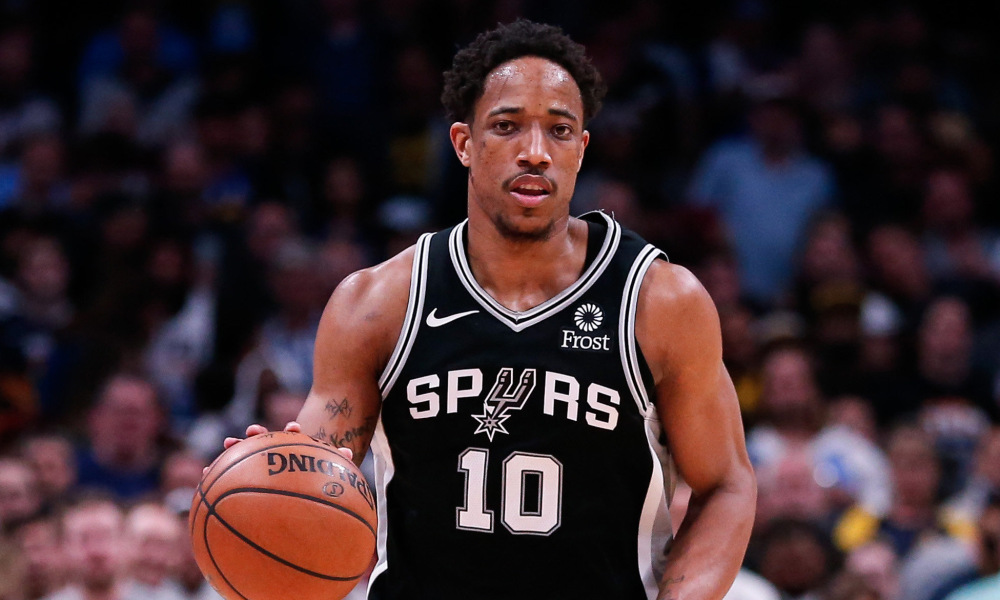 Just when Chicago Bulls fans thought it couldn’t get any better, general manager Marc Eversley pulled another trick out of his offseason hat.

In their latest move, the Bulls have traded forwards Thaddeus Young and Al-Farouq Aminu, a future first-round pick and two second-round picks to the San Antonio Spurs for guard DeMar DeRozan, according to a Tuesday evening tweet from ESPN insider Adrian Wojnarowski. DeRozan will ink a three-year, $85 million deal with the Bulls once all is said and done.

The four-time All-Star and two-time All-NBA guard scored 21.6 points, grabbed 4.2 rebounds, and dished a career-high 6.9 assists for the Spurs last season. He played in a multitude of positions under head coach Greg Popovich, including shooting guard, small forward, and power forward.

DeRozan made a name for himself as a Toronto Raptor, averaging 19.7 points, 4.1 rebounds, and 3.1 assists in nine seasons on his way to breaking over 10 Raptor records, according to Basketball Reference. The guard led the Raptors to six straight playoff appearances along with six-time all-star guard Kyle Lowry. While the pair never made it past the Eastern Conference Finals together, the two set up Toronto with winning basketball for nearly a decade.

After nine seasons with the Raptors, DeRozan was shipped off to San Antonio with center Jakob Poeltl and a protected first-round pick (Keldon Johnson) in a trade for forward Kawhi Leonard. Toronto’s days of old officially came to an end when guard Kyle Lowry signed a 3-year, $90 million deal with the Miami Heat, first reported by NBA insider Shams Charania in a Monday tweet.

DeRozan will provide the Bulls with efficient two-level scoring and improved playmaking. What the guard lacked in 3-point shooting last year, he made up with consistent and meaningful trips to the free-throw line, something the Bulls struggled with last season. He shot 88% from the line on 7.2 attempts per game, according to Sports Reference. Chicago ranked dead-last in the NBA in free throws attempted per game with 17.5, making DeRozan’s tenacity to draw fouls extremely important for the up-and-coming team.

Chicago may have to move sophomore forward Patrick Williams to the power forward spot to ensure he continues getting significant playing time while making room for the three starting-calibre guards in Lonzo Ball, Zach LaVine, and DeRozan. Head coach Billy Donovan has found success in the playoffs with lineups that have featured three guards and a small-ball power forward in the past. He took the Houston Rockets to seven games in 2020 with a lineup of guards Chris Paul, Luguentz Dort and Shai Gilgeous-Alexander along with forward Danillo Gallinari.

The Bulls now have three current or former all-stars on the squad in DeRozan, LaVine and center Nikola Vučević. If the Bulls want to win, they need to win now, as the three are an average age of 29 years old. The experience of the three all-stars can be balanced out by 23-year-old Ball, 22-year-old guard Troy Brown and 20-year-old forward Patrick Williams.

This will be Chicago’s second trade of the free agency moratorium. Chicago sports insider Daniel Greenberg said the Bulls traded guards Tomáš Satoranský and Garrett Temple as well as a second-round pick for the right to sign Ball in a Monday evening tweet. He would go on to ink a four-year, $85 million deal.

The moratorium period lasts until Aug. 6, meaning the Bulls still have plenty of time to shock the NBA world and pull off another trade that would put them in championship contention. With three days left to go, all Bulls fans can do is wait for AKME to pull off their next move.