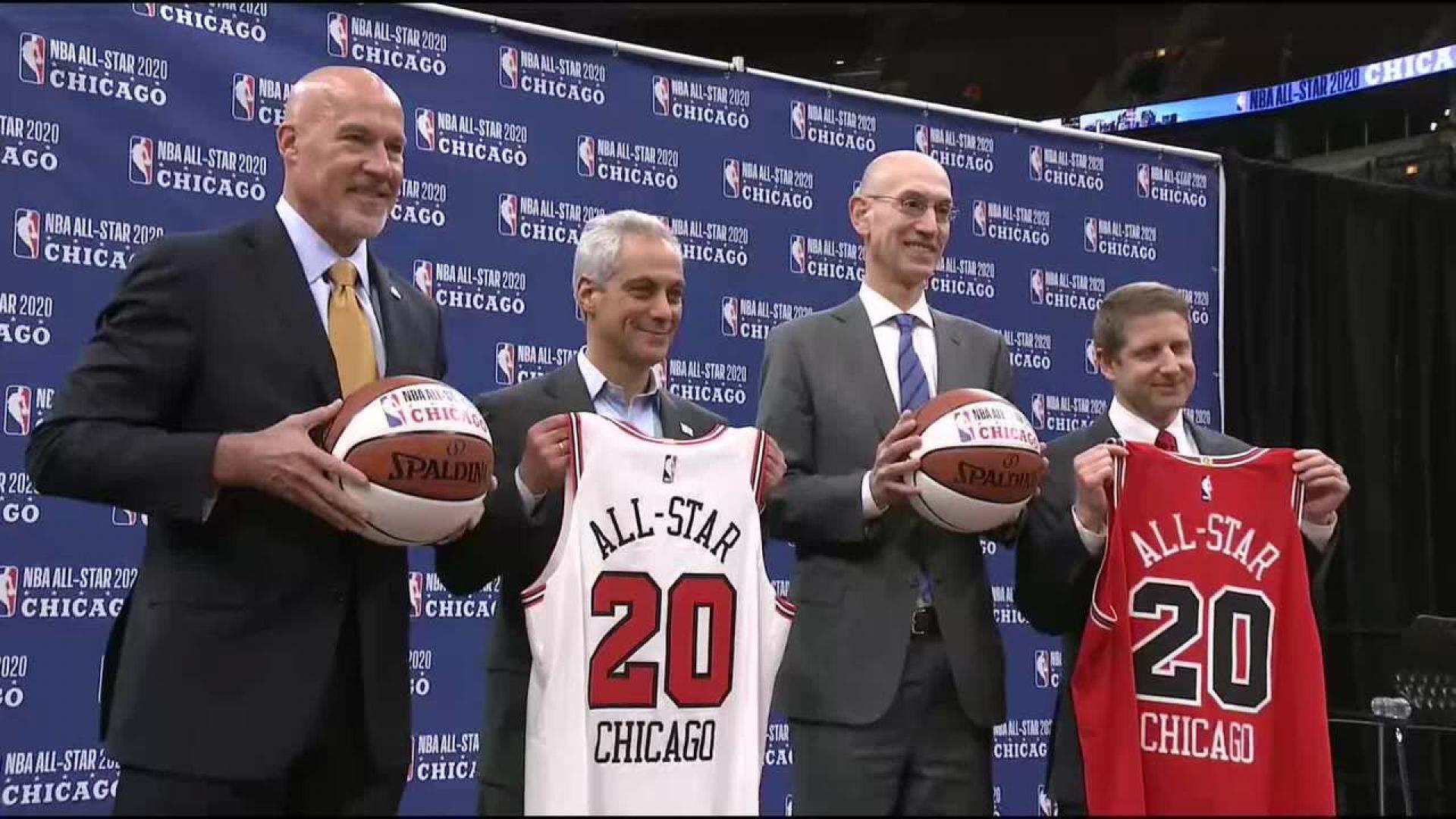 On Wednesday, September 25, the Chicago Bulls and the NBA tipped-off their season-long community event, NBA All-Star 2020. NBA All-Star 2020 is a youth basketball clinic held by the Bulls at the Advocate Center, their training facility, and named after Chicago hosting the NBA All-Star game this season. The goal of this community event is to bring together a group of leading community organizations and the children that live throughout the city of Chicago. The organizations involved in this community effort include: After School Matters, Center on Halsted, Chicago Housing Authority, Greater Chicago Food Depository, KultureCity, SocialWorks, Special Olympics, TAPS and Youth Guidance. These community organizations teamed together with the Bulls to work towards empowering the next generation of leaders in Chicago and to make a positive impact on the city.

The event began with introduction statements from Bulls’ President and COO, Michael Reinsdorf, and NBA Cares Ambassador and former NBA Player, Jason Collins. Both Reinsdorf and Collins thanked everyone for attending the community event. They both expressed that they are excited to partner with the community organizations and share their deep commitment to service.

Reinsdorf expressed that he and the Bulls are thrilled to welcome the NBA All-Star weekend back to Chicago for the first time since 1988, and look forward to extending that energy into their community efforts all season long.

“The Bulls and the NBA will continue to organize community and youth engagement programs throughout the season using the power of hands-on-service, the arts, community conversations and the game of basketball,” said Reinsdorf.

“We believe in the power of sports to bring people together, around the values we all share,” added Collins. “The groups represented here today embody that power in the work they do each and every day, taking on challenges facing the community and champion the values of teamwork, inclusion, equality, and mutual respect. I look forward to a great year.”

The events that followed these remarks were simply amazing. The festivities started off with a three-point shooting contest. Clearly the Bulls were running with their All-Star theme. Two of the 60 children who attended the event were picked to compete against each other, but there was a twist. Bulls’ legends Tony Kukoc and Horace Grant were presented as coaches for the event. It was fun to see the former NBA players follow the contestants around the three point line, cheering on words of encouragement. Even though there was a winner and a loser, the Bulls had another surprise up their sleeve. Both three-point participants received autographed jerseys from their coach Grant and Kukoc. Once the three-point contest ended and the excitement seemed to be dying down, fan favorite Benny the Bull rode into the gymnasium on motorcycle to hype everyone back up. Benny and a few volunteer cheer squad members threw gifts to the kids. Pure Joy filled the gym as the kids jumped around competing with each other to ensure they grabbed a gift.

Finally, it was time for the basketball clinic to start. Collins and Bulls legends, Bob Love and Mickey Johnson, lead the All-Star-themed clinic alongside Bulls Youth Hoops coaches. The children were divided into four groups of 15 and rotated from one station to another. The clinic focused on the fundamentals of basketball and skill building. The four stations focused on shooting, defence, passing, and layups.

Collins made time to speak with the media while the children played their hearts out during the clinic.

“It is important that the kids see people who are possibility models, role models, someone they can look up to and also know that it is important to give back,” explained Collins. “One of the best things about  the NBA is that they encourage their players to give back to the community and help pave the road for the next athletes.”

As far as the NBA’s role in this community effort is concerned, Collins stated, “ There are a lot of great organizations that the Bulls have a longstanding relationship with and we [NBA] help to amplify and support those efforts. I am proud to be joining them for 2020 All-Star.”

The atmosphere was electric from beginning to end. The community organization representatives, Bulls staff, media members, and parents all mixed into the crowd and seated on the sidelines. Everyone had smiles on their faces while they greeted each other and introduced themselves. The children played hard until they wore themselves out. The United Center, where the Bulls play,  is located in a neighborhood on the west side of Chicago. This location is very unique because the team and the people who live in Chicago have a lot of influence on each other due to their close proximity. This is the reason why basketball is and always will be a big part of the culture of the city. The impact of the Bulls outreach to the community will not be overlooked nor taken for granted.