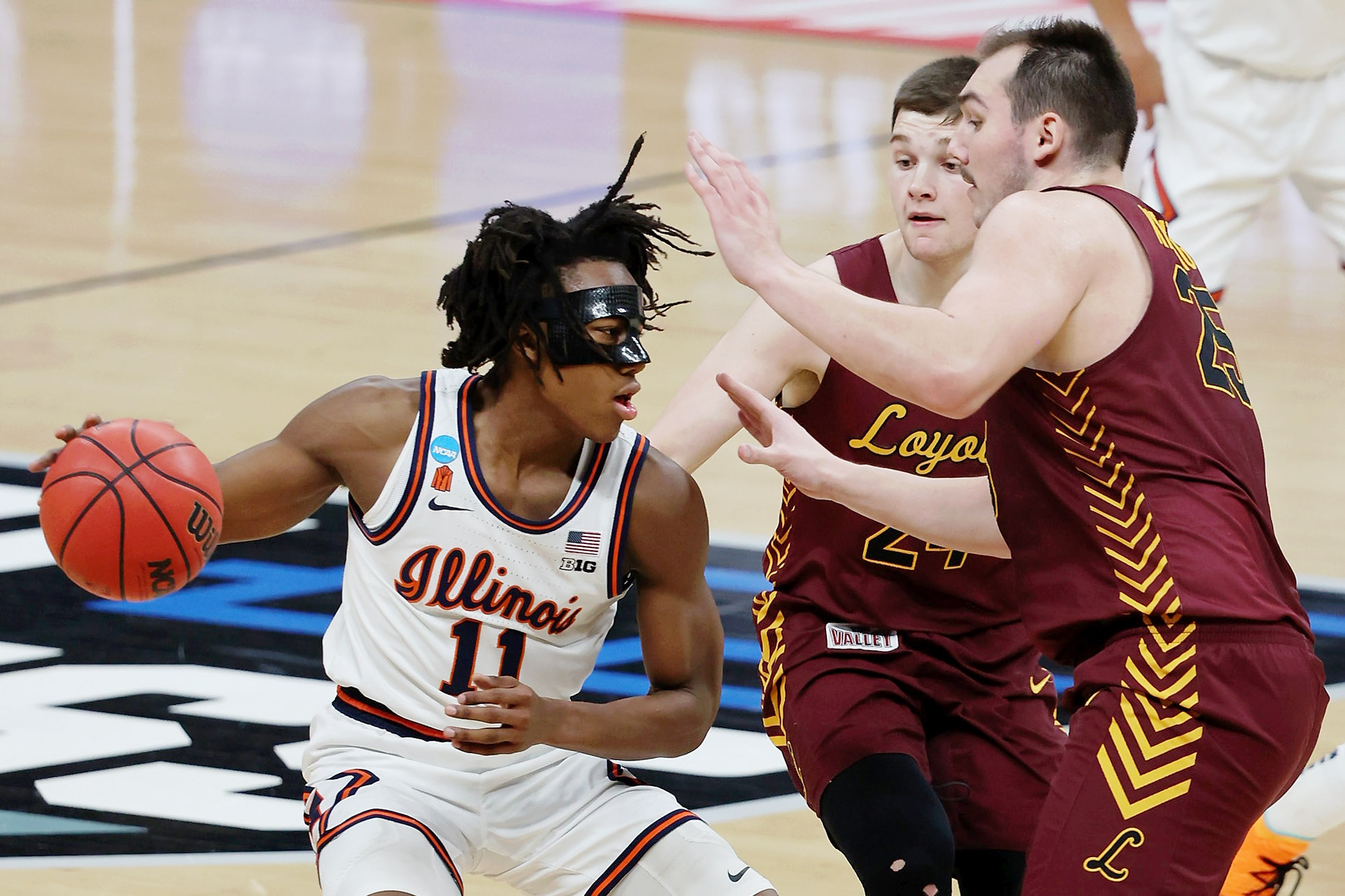 At the trade deadline, The Chicago Bulls met five new teammates with the hopes of pushing themselves to their first playoff appearance since 2017.

Tonight, they welcome their newest rookie.

With the 38th pick, the Chicago Bulls selected Chicago’s own Ayo Dosunmu out of the University of Illinois.

Dosumnu lit up the Big Ten since he first hit the court for Illinois in 2019. A four-star recruit coming out of Chicago, IL, the guard chose Illinois over a plethora of Power-Five schools like the University of Southern California, Kansas, the University of California, and Boston College. Dosumnu joined guard Andres Feliz and forward Giorgi Bezhanishvili to become one of three mainstays for the Illini.

Dosumnu averaged 20.1 points, 6.3 rebounds, and 5.2 assists per game in his junior year for the Illini, leading the team in scoring and assists. His numbers had only grown since his freshman year, matching the growth of the Illini’s blossoming young core since head coach Brad Underwood’s hiring in 2017.

Dosunmu ended as a First-Team All-Big Ten selection as a freshman and a consensus First-Team All-American as a junior among other awards, according to the University of Illinois. The guard was also a finalist for the Wooden, Naismith, and Oscar Robertson trophies.

The Illini won the Big Ten regular season championship under the play of Dosunmu and highly-rated big man Kofi Cockburn. Underwood, who had built up the team with Dosunmu from a 12-21 record to a Big-Ten leading 24-7, described Dosunmu as the “ultimate winner” in an interview with Fox Sports.

“That’s all he’s done,” Underwood said. “In high school, and helping us play a major role in building this, he just wins.”

While the Illini could not find the same success in tournament play they had found in the regular season, Illinois’s once-young core will return once again to compete for one of the top spots in the Big Ten. This time, the electrifying guard will represent their growth in one of the highest leagues in basketball: The NBA.

There to send Dosumnu off to the NBA, according to Illini men’s basketball writer Scott Richey, were Underwood, Cockburn and senior guard Da’Monte Williams among others.

On June 22, the basketball gods did not have mercy on Chicago.

Bulls executives Artūras Karnišovas and Mark Eversley pushed all of their chips in for All-Star center Nikola Vučević at the start of the trade deadline, trading two top-four protected picks for the 30-year-old center from the Orlando Magic. Forward Wendell Carter Jr. and small forward Otto Porter Jr. also suited up for the Magic in place of Vučević and veteran forward Al-Farouq Aminu.

Though Vučević played like an all-star in Chicago along with guard Zach LaVine, the lack of cohesiveness and practices in between the trade deadline caused the once playoff-hopeful Chicago Bulls to sputter just before they could make it into the newly-implemented play-in tournament. The Bulls’ last chance at claiming a win in the Vučević came with a 26% chance of landing in the top four and claiming their first-round pick as their own.

Just one spot ahead of the Bulls, the Toronto Raptors jumped up into the top-4, pushing out the Orlando Magic and Oklahoma City Thunder for a chance at selecting four of the top prospects in the 2021 NBA draft. The Cleveland Cavaliers, Houston Rockets and Detroit Pistons would go on to take the third, second, and first spots in the draft respectively.

The Raptors would go on to choose forward Scottie Barnes out of Florida State university. The 6’9” forward was a teammate of Bulls forward Patrick Williams. Both rarely started for a Seminoles team filled with defensive talent, instead finding their way into the top-10 of the NBA draft through top-tier defensive IQ and anticipation, athleticism and NBA-ready build.

Underwood said Dosunmu had not yet reached his full potential, saying he could only grow from his superstar play as an Illini.

“His best days are in front of him,” Underwood said. “And some team’s going to be ecstatic.”