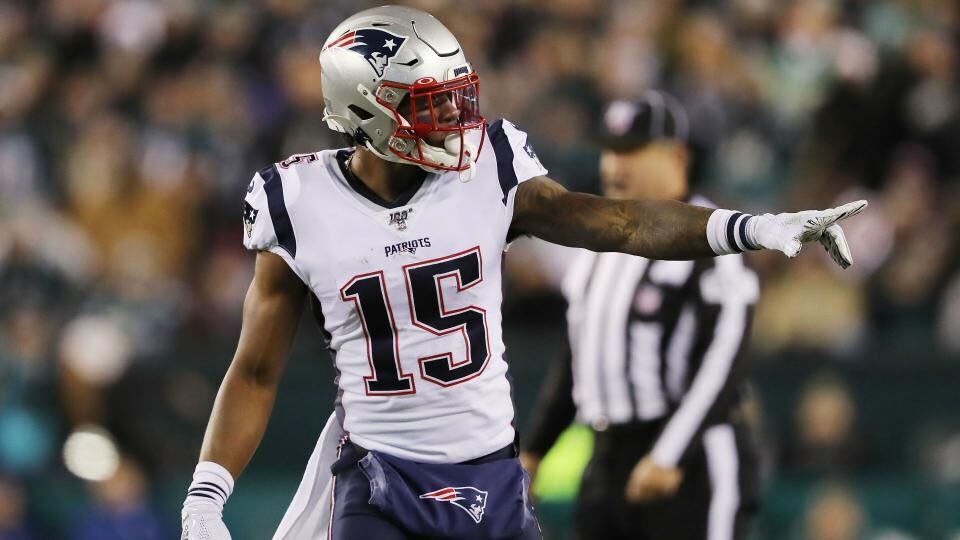 The Chicago Bears have traded a 2024 seventh-round pick in exchange for New England Patriots wide receiver N’Keal Harry, according to a Tuesday evening tweet from NFL Network Insider Ian Rapoport.

The former 2019 first-round pick played a total of 33 games for New England, including 12 last year. He grabbed 12 receptions for 184 yards last year as a Patriot, tacking on four starts in a receiver core featuring Jakobi Meyers, a five-year veteran in Kendrick Bourne and a 2015 first-round pick in Nelson Agholor.

Though the 6-foot-4-inch receiver initially requested a trade from New England last July through his agent, Jamal Tooson, Harry’s snaps were limited as the season went by without a single trade offer. Harry finished with a catch percentage of 54.5% in the nearly 30% of offensive snaps he played for the Patriots last season, snapping up 12 of his 22 total targets, none for a touchdown. Harry’s fifth-year option was declined earlier this year, denying him the opportunity to make $12.4 million in 2023.

“N’Keal understands a key ingredient to production is opportunity,” Tooson said in a late-July statement. “He will continue to work hard to develop and refine his craft after missing a large portion of his rookie year to injury. His draft-day expectations for his NFL career have not changed. We are confident success is just around the corner for him and will aggressively pursue it.”

Chicago continues to add size and youth to their rebuilding group of wide receivers. Headed by 24-year-old Darnell Mooney and 28-year-old Byron Pringle, the average age of Chicago’s receivers now stands at just over 25 years old, putting them almost a full year behind the average league age of 26. The Bears do not have a receiver older than 28.

Chicago will have the opportunity to showcase their new receiver core, as well as an entirely rebuilt offense around second-year quarterback Justin Fields, when they face the San Fransisco 49ers on Sept. 11 at noon CDT in Soldier Field. The game will be broadcasted on FOX.

Should the Brooklyn Nets Run it Back?
Josh Christopher Is On A Mission