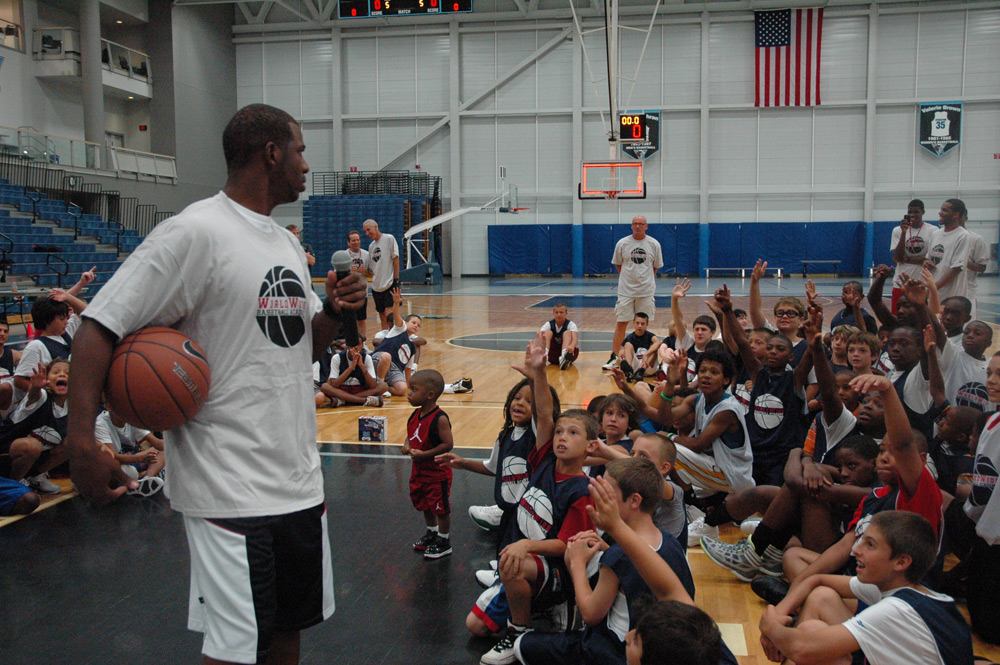 The CP3 Elite Guard Camp is an invitation-only camp for the top 24 lead guards in the nation.  A dozen high school players and a dozen college players joined Chris Paul and Devin Booker in various drills, pickup games and much more.

Chris Paul has committed time and resources into this camp in hopes of helping young guards achieve their goals.  Some notable alumni include Stephen Curry, Isaiah Thomas, Kemba Walker, Seth Curry and Marcus Smart, to name a few.

Chris Paul and Devin Booker used this camp as an opportunity to show campers the disparity between the NBA and any other league around the world.  Campers and NBA instructors witnessed the duo’s skill set during the camp’s open run.

Devin Booker’s summer work was on full display.  Booker showed his improved back to the basket game, hitting post moves on the block and from mid-range.  His pull-up triple was unguardable, proven by his step-back corner three for game during one of the open runs.

Chris Paul tells Booker, “we’ll take one if we have too, ” as Booker sizes up his defender.  Booker responds, “alright, I want two though three,” proceeding to hit a step-back three on Indiana freshman Jalen Hood-Schifino for the game.

Following the scrimmages, Paul thanked the NBA instructors for their continuous dedication to the game of basketball.   Paul then spoke with campers to discuss the importance and meaning of loving the game.

“Some people like to play. Some people like the money, jewelry, cars, all the stuff that come with it. But some people love it. He’s one of them that loves it,” Paul said.  “42. 42! He here coaching camp and he out here hooping.  He ain’t got no trainers, he ain’t stretching doing all of that, he just love to hoop man.”

Jannero Pargo is a former NBA player and camp instructor who last played in 2014.  The Indiana Pacers assistant coach is a prime example of what it means to truly love the game.

“Y’all saw that stuff with Udonis Haslem. Yall heard everybody talking crazy about him, like why he on the team. Man, I’m probably his biggest fan,” Paul stated.  “You wanna know why? Because young guys need vets.  You need somebody like UD showing up everyday.  If practice at 11.  He probably in the gym 8-8:30 everyday.  To motivate guys, to push guys.”

Paul, 37, plays a similar role to Haslem’s on the Suns.  Veteran leadership is needed in order to instill the younger generation with the importance of loving the game.  Veterans are primary examples of professionalism and success in the NBA.