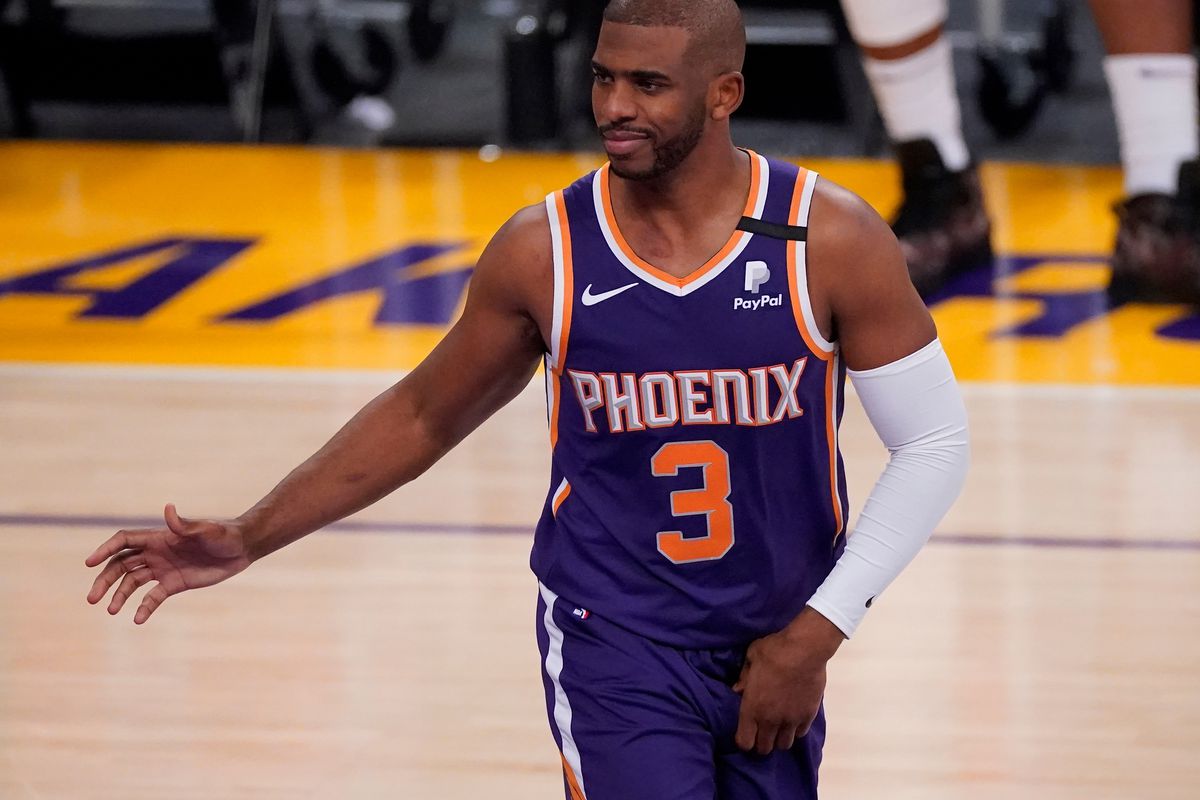 Phoenix Suns point guard Chris Paul entered his 16th season in the league at the start of the 2021-2022 campaign.  Despite being 36-years-old, his stellar play has led him to be considered one of the top MVP candidates for a second straight season. As of right now, NBA.com has Paul at fourth in their MVP rankings and he is the oldest player in the top 10, followed by Steph Curry who is still three years younger.

On the season, Paul’s been the most influential player to the Suns’ success. He currently is averaging 15 points on 48% shooting and leading the league in assists with 10.5 per game for the best team in the NBA.

“The game with this team at times just comes so easy,” said Paul. It’s almost like we are on cruise control right now.”

One thing that Paul has done throughout his career which has been especially important this season due to players missing due to COVID is his ability to make his teammates better. Let’s look at some stats from back-up centers JaVale Mcgee, Jalen Smith, and Bismack Biyombo.

For McGee, who is having his most efficient season, this is the first time he has averaged over 10 points per game since he played with LeBron James in the 2018-19 season. This is also only the fourth time in his 14-year career season.

Jalen Smith was not in the rotation before this season started. He would usually only play in garbage time minutes and hardly saw the court in the first three quarters. However, Smith was placed in the rotation due to DeAndre Ayton and McGee testing positive for COVID. Smith looked like he had been playing with Paul the entire season, averaging 13 points and 8.8 rebounds. Smith had  been in the lineup more consistently before being traded to the Indiana Pacers before Thursday’s trade deadline.

Finally, Bismack Biyombo was signed to a 10-day contract and then signed as a free agent in January. Biyombo, like Jalen Smith, entered the rotation to replace Ayton and McGee. During these games, Biyombo has produced for the Suns, averaging 14.1 points on 60% from the field. Biyombo was not on the team until 2022 and he’s already fit into the offense easily.

When talking about these three centers, they all have one thing in common. None are known for their ability to create their own shot. Due to this, Paul’s playmaking and his ability to consistently find the open man creates scoring opportunities for his centers. Whether it’s a pass or a lob, these players have thrived with the Suns due to Paul.

“I think with our team we are always so balanced,” said Paul, “we take the best available shot and not just any shot.”

This begs the question, when does Chris Paul start to slow down? So far, while also mentioning his ability to create his own shot in the mid-range, Paul’s play looks like it will keep Phoenix as championship contenders. Paul’s been that missing piece to this young core from the day he was traded.

Paul and the Suns will play their next game on Saturday against the Orlando Magic.