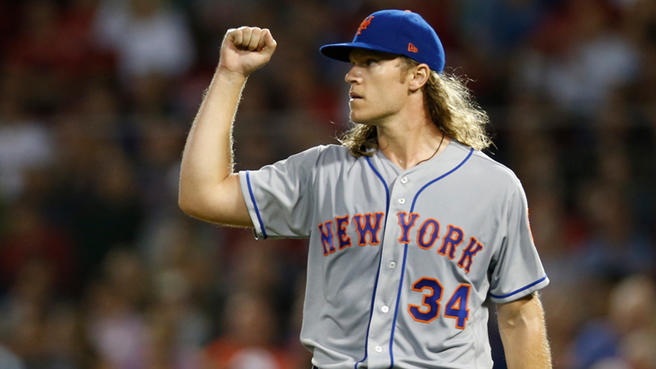 With the 2020 MLB season delayed as a result of the COVID-19 Coronavirus pandemic sweeping the globe, many athletes have taken the opportunity to opt for surgeries to repair their heavily used bodies. In the last few weeks, Chris Sale, Noah Syndergaard, and Justin Verlander have decided to get surgeries that had the season begun as normal, they would have missed significant time.

On March 19, it was announced that Chris Sale would undergo Tommy John surgery, which typically takes 12-14 months to recover, putting him on track to return during the 2021 season. ESPN reported that while the delayed season was not the direct cause for Sale to get surgery, the possibility of missing a significant number of games reinforced the decision.

Since nobody knows how much of the 2020 season will be salvaged, it is a good baseball decision for athletes who need long-term surgery to do it now and get it out of the way when there’s no baseball going on. If there is any season to miss to repair an athlete’s body, it’s this season.

Considering the delayed season reinforced the Boston Red Sox and Sale’s decision to get the surgery, athletes may be strategically getting surgeries now to benefit their long-term careers.

Mets General Manager Brodie Van Wagenen said in a statement: “After experiencing discomfort in his elbow before Spring Training was suspended due to the pandemic, Noah and our health and performance department have been in constant contact. Based on the persistence of his symptoms, Noah underwent a physical examination and MRI that revealed the ligament tear. A second opinion from Dr. Neal ElAttrache confirmed the diagnosis and the recommendation for surgery. Noah is an incredibly hard worker and a tremendous talent. While this is unfortunate, we have no doubt that Noah will be able to return to full strength and continue to be an integral part of our Championship pursuits in the future.”

Syndergaard tore a ligament before Spring Training was suspended and felt symptoms in his elbow after everyone had to leave Florida. The timing suggests that Syndergaard and the Mets knew about his discomfort but did not make a full decision for surgery until the season was delayed.

While Brodie’s statement doesn’t directly say that the status of the 2020 season impacted their decision for Syndergaard to get surgery or not, it makes sense to consider it as a potential factor in the team’s decision making. How could the team not consider a delayed season as a factor?

It makes sense for Syndergaard, who clearly was feeling discomfort with his torn ligament, to miss the 2020 season under its delayed circumstances. Even if the MLB decides to play a portion of the season, it is better that Syndergaard misses a shortened season now than a full season later on in his career.

The Houston Astros announced on March 17 that Justin Verlander underwent groin surgery which is a 6-week recovery. Verlander had felt discomfort during Spring Training but attempted to alleviate his symptoms with rehab. However, after facing a setback, Verlander opted for surgery.

With the MLB season surely going to be delayed longer than 6 weeks, it made sense for Verlander to get the groin surgery since he might not even miss any of the delayed 2020 season because of it. When the season was on track to begin on time in early March, Verlander was trying to rehab through it. The MLB officially announced the delayed season on March 12 and Verlander got the surgery on March 17.

“Initially, the hope was that physical therapy would be the proper course of action,” Astros General Manager James Click announced. “However, after a recent setback in his rehab, the medical staff recommended that a surgical procedure.”

While a setback during rehab doesn’t imply that Verlander only opted for the surgery once the season was delayed, the timing suggests that it had to have been a factor. Surgery is probably a more effective way to fix his injuries than rehabbing, and once it became clear that the first few months of the season may be delayed, surgery made the most sense.

If the MLB is able to play a portion of the 2020 season, the game will really miss Chris Sale and Noah Syndergaard. However, the pitchers read the room on the status of the 2020 season and made a good decision to miss a shortened season now instead of a full season in the future.