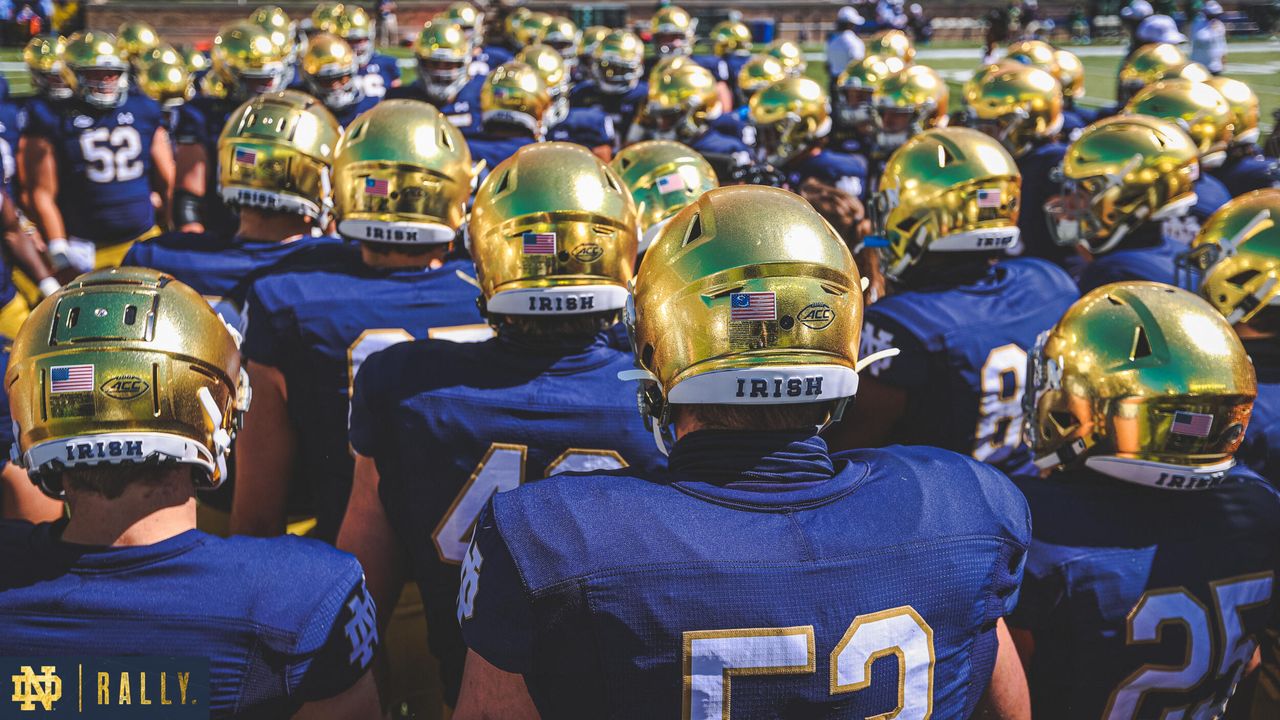 Cincinnati looks to keep the playoff dream alive in South Bend this Saturday. Notre Dame, conversely, is looking to right the ship on a season people seem to forget they’re still undefeated in. Can the G5’s crown jewel take down the most notorious independent?

Notre Dame has yet to face an offense as dynamic as Cincinnati. Desmond Ridder has a lot of folks excited. Through three games, he has over 700 yards passing with 7 TDs. Add to that two rushing TDs. To play devil’s advocate, he has struggled in big game situations. The Bearcats haven’t faced much competition yet this year, but considering how important this game is to their season, I think Ridder performs.

Both of these teams have had what can only be described as ugly wins. But, there’s credit for playing four quarters of football and winning every Saturday they’ve taken the field. Being said, I think Cincinnati did more to take those games from their opponents, while I could argue Notre Dame has been handed a few by inferior teams. Cincinnati doesn’t have to dominate this game, they simply have to not give it away. Smart, conservative football. It might not be Cincy’s strong suit, but it’s going to have to be. If Jack Coan can start, that offense is only going to get better, so you’d better stay ahead of them before you’re playing catch-up and making bad decisions. I just wish I’d told the Badgers.

The silver lining for this matchup is how the Bearcat offense has been fairly turnover-prone. If you can’t understand the value of that for ND, go watch their 41-13 win over Wisconsin last week. Notre Dame has forced eleven turnovers through their first four games. Creating those turnovers will pay serious dividends for the Irish in a game where field position may be at a premium. The sentiment among fans is that the defense can take a step forward this Saturday. If you want to win this game, that’s the crux.

It’s also worth mentioning the ND fans believe this offensive line can step up. If they do, that allows two elite running backs in Kyren Williams and Chris Tyree to win this game for you. Cincinnati has struggled defending the run, so that’s a pressure point Notre Dame can lean on throughout the contest if they want to come out on top.

Bearcats. Cincinnati circled this game on the calendar long ago. They’re prepared and they’re looking to pounce on a Notre Dame team that lives on thin ice this season. Their aggressive style of pass defense, playing press coverage on a majority of snaps, causes problems for Notre Dame’s wideouts. Sprinkle in the fact that Jack Coan may not be capable of taking every snap, I’m picking the Bearcats to win on defense. On offense, I’m most excited not about Desmond Ridder, but Jerome Ford, the former Alabama RB (Heard of them?) who has averaged 100 YPG for the Bearcats this season. His presence means even if Ridder struggles, I think the Bearcats have enough options elsewhere to get the win they need and stay undefeated.