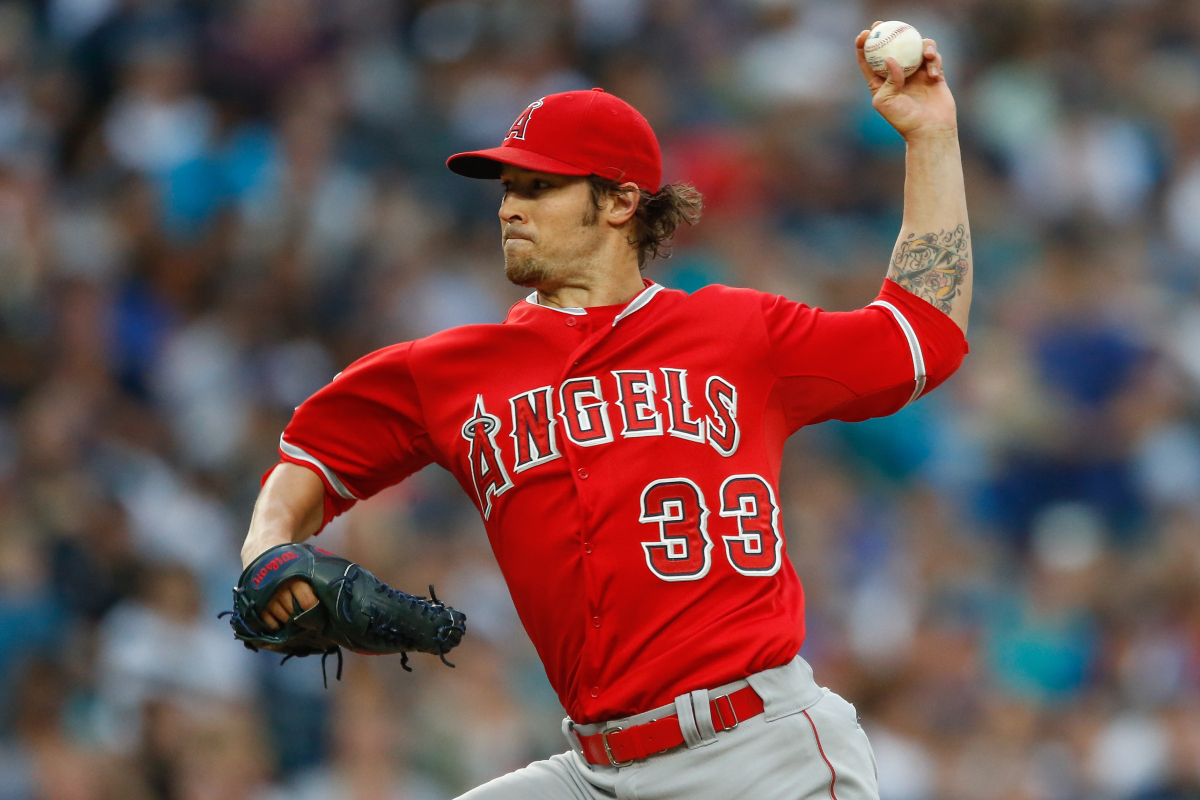 There are often two directions to take when one is faced with adversity; some choose to feel sorry for themselves and those around them, others try to turn their hardships into positive learning and growing experiences. Robert Champagne found out his son Micah was diagnosed with severe hemophilia in 2001. He remembered, “At that moment in my life I had to make the choice to either have some good come out of this, or let some bad things happen and not do anything to make a difference.”

His decision to choose the former has changed the lives for many children suffering just like his son, and even allowed him to bring a Major League Baseball All-Star into the mix.

Micah Champagne was hospitalized for his hemophilia in Cook’s Children’s Medical Center in Fort Worth, Texas during the holiday season in 2006.

As his father Robert, points out, “Micah is a shy kid who keeps to himself.” But, when some members of the Texas Rangers came to visit, that all changed.

Pitcher CJ Wilson began to strike up a conversation with Micah, and the child absolutely lit up. Before Wilson left the hospital, Micah reached out his arms, and the pitcher reached down and gave Micah a hug.

Soon after the Rangers players left, Micah said to his father, “That guy CJ is the only guy that liked me, because he gave me a hug.”

Robert decided it was time to see if he could reach out to Wilson and gage his interest in doing some more charity work. Wilson had been waiting for an opportunity like this. “A few months after meeting Micah and Robert that one day, I was going through fan mail and saw Robert had written me a letter. Included was a picture of Micah and I together, and a lot of honest appreciation from Robert about how I made Micah so happy, and suggesting maybe I should do kid-related work more often. So it was a really great chance to focus my efforts in one direction. I knew that I wanted to be philanthropic,” said Wilson. “I just had no clue who I could help.”

Robert and Wilson then met up again and Robert showed him how he gave Micah his hemophilia treatments, and taught him more about hemophilia disorder. Wilson was eager to get involved in charity work related to hemophilia, so he asked Micah what he would like to change about his hospital treatments. The young boy’s answer: “They don’t have good video games.”

Wilson then suggested donating video games and consoles to children’s hospitals. The C.J. Wilson’s Children’s Charities has continued to grow from there. Robert says their first event in 2007 included about fifty people, and their most recent event this past April included close to five hundred.

Robert and Wilson both agree their events are more about fun and raising awareness. Robert had an interesting take on donations, “We feel if we can get the word out on hemophilia and about what children are dealing with, that the money will come,” he said. “We want to bring in teenagers and young adults that can give $25 to $50 now, and make charity work a part of their lifestyle. This way by the time they are 40 or 45 years old, they can give $2,000, $2,500 or $5,000.”

Wilson also believes it’s really about the long-term effect, “My events are a great chance to meet fans and more than anything raise awareness for the act of giving. We as a society think of charity as a financial institution, but it can really be a function of time, effort, caring—which are free in a sense. Getting young people stoked to help is really the best way I can impact the community. As they age they’re continually helping and motivated for the rest of their lives.”

With their idea of catering to a younger crowd, Robert says, charity can also be a fun, loose time. “Charity events don’t have to be about formal dinners and stuffy golf tournaments,” he said. “We want to teach people you can have a lot of fun by donating $50, hanging out and learning a little bit about giving back.”

The money they do raise directly impacts the life of a child somewhere in Texas, many in the Dallas-Fort Worth metropolitan area.

Robert also believes education happens in small steps, “If I can educate at least one person once a month or once a week about what my son and other children are dealing with, then we’ve done them justice.”

The C.J. Wilson’s Children’s Charities’ long-term outlook is to be a self-sustained, national charity that can help children not just in the Dallas area, but throughout the country. Robert was also quick to add, it’s not just about their charity, he just wants us all involved, “Find a passion to get involved with any charity. There’s a charity out there for everyone to find their unique passion.”

Robert Champagne never could have imagined his journey with his son through hemophilia would end up creating a foundation with Texas Rangers starter C.J. Wilson, but he’s sure glad it did. “I would never in a million years wish my son had hemophilia, but I believe through all things there can be opportunity, and this is definitely one of those opportunities.”