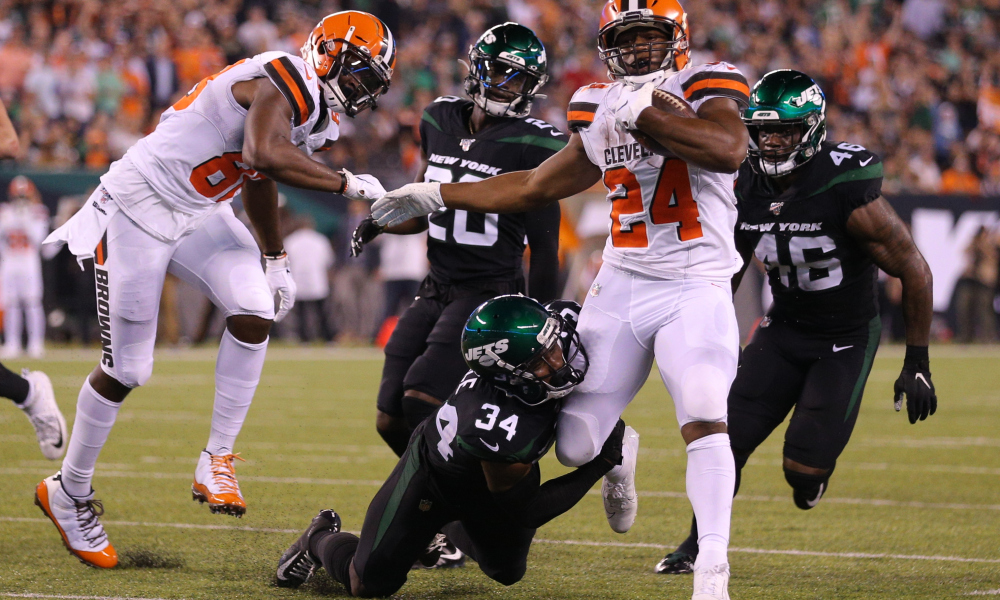 Hope everyone had a happy holidays, especially Browns fans, because your mood might change after you read this. On Saturday night, while boarding the team plane to New Jersey, middle linebacker B.J. Goodson tested positive for COVID. On top of that, the Browns top four receivers (Landry, Higgins, Peoples-Jones, and KhaDarel Hodge) have been identified as players who had close contact with someone who tested positive, making their status for Sunday afternoon’s game up in the air.

Rookie Left Tackle Jedrick Wills, was placed on the COVID list earlier this week, but should be good to go Sunday as long as he continues to test negative. However, this is a must-win game, and Wills stamina is sure to be an issue on Sunday.

All things considered, The Browns still have a great chance to win on Sunday, by riding their super stars, Baker Mayfield, Nick Chubb, Kareem Hunt, Myles Garrett, and Denzel Ward. Follow me on here if you are out and about returning lame Christmas presents, or just follow if you would like to hear my commentary on the game.

I will be posting as often as possible, covering score updates, big plays, injury news, and other news around the NFL. Join in on the chat, and make your opinions known!

Is it Panic Time For the Browns? Multiple Reports Say that The Browns Could Be Without their Four Top Receivers on Sunday
Bears one win away from NFC wildcard playoff birth.