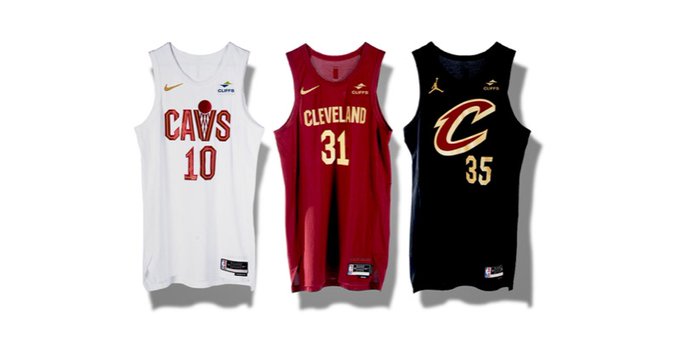 The NBA season fast approaches, and the Cleveland Cavaliers are one of the hottest names in the offseason since making the blockbuster trade for Donovan Mitchell. While it’s been all smiles so far and the hype has understandably been all about Mitchell, here are three, maybe unexpected, players for the Cavaliers that could be key to the upcoming season. One player that might play a bigger role than thought, one player that might disappoint (although not in the traditional way) and one player that needs to put it together or potentially risk his NBA career.

One Player to Watch

With the trade of Ochai Agbaji and Lauri Markkanen, the number of three-point shooters on the Cavaliers have drastically decreased. While they still have Darius Garland and the newly acquired Donovan Mitchell can get hot and fill it up from three, the list of sharpshooters gets thin. That being said, one reliable shooter they still have is Kevin Love. He’s still on the team, as forgotten as he gets sometimes, and honestly he’s been in the role he’ll need to occupy this season before. Essentially, if he can just stand in the corner, space the floor and knock down drive-and-kick threes courtesy of Mitchell and Garland, he’ll be immensely valuable to the team.

Love played the least minutes of his career last year, averaging just 22.5 per game, but that could easily go up if he proves reliable from the three-point line. In fact, with Mobley’s ability to guard the perimeter at his height, it slightly opens the door to the possibility of Love entering the starting lineup and recreating the triple-tower lineup the Cavs used last year with Markkanen. Mobley would guard the most athletic, fastest guy between the forwards, which lets Love hide on defense and space on offense. Regardless, Love’s shooting ability should see him earn some more minutes than before, and he did just come runner-up in the Sixth Man of the Year Award last year.

One Player That May Disappoint 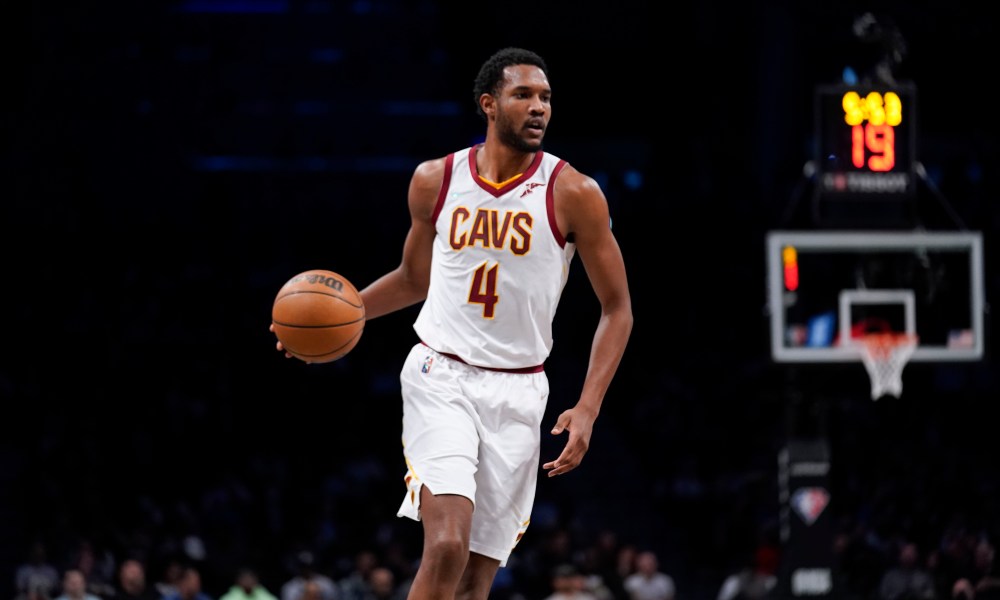 I’ll probably catch a lot of flack for this one, but hear me out. Evan Mobley might disappoint next year, but ONLY from a purely statistical perspective. Mobley is already elite defensively, so any gains he makes there are probably going to be marginal. If he does get shifted to a more perimeter role that could be a nice vector of growth, but it’s also hard to quantify defense. So the main thing people wanted to see from Mobley was expanding his offensive arsenal, which could be hard simply due to a lack of opportunity. Mitchell will take a bunch of shots (he’s averaging 19.4 FGA per game for his career) and the spacing issues will make it tough for Mobley to find a lot of looks. Mobley slides down to fourth on the scoring priority list, maybe even lower depending on what they want from Caris LeVert.

Still, Mobley is going to be good, and while his numbers won’t increase (and might decrease, especially his points per game) the key will be expanding his offensive game. Improving his shooting or adding a back to the basket game would be a great next step. Adding to his already budding playmaking skills might be even better, especially with the added offensive threats. Mobley might disappoint in comparison to other second-year players like Jalen Green, Scottie Barnes and Cade Cunningham, who could see their numbers explode with much higher usage. In actuality though, as long Mobley deepens his offensive bag, that’s all the Cavs need with his top-of-the-line defense.

One Player That Needs to Put it Together 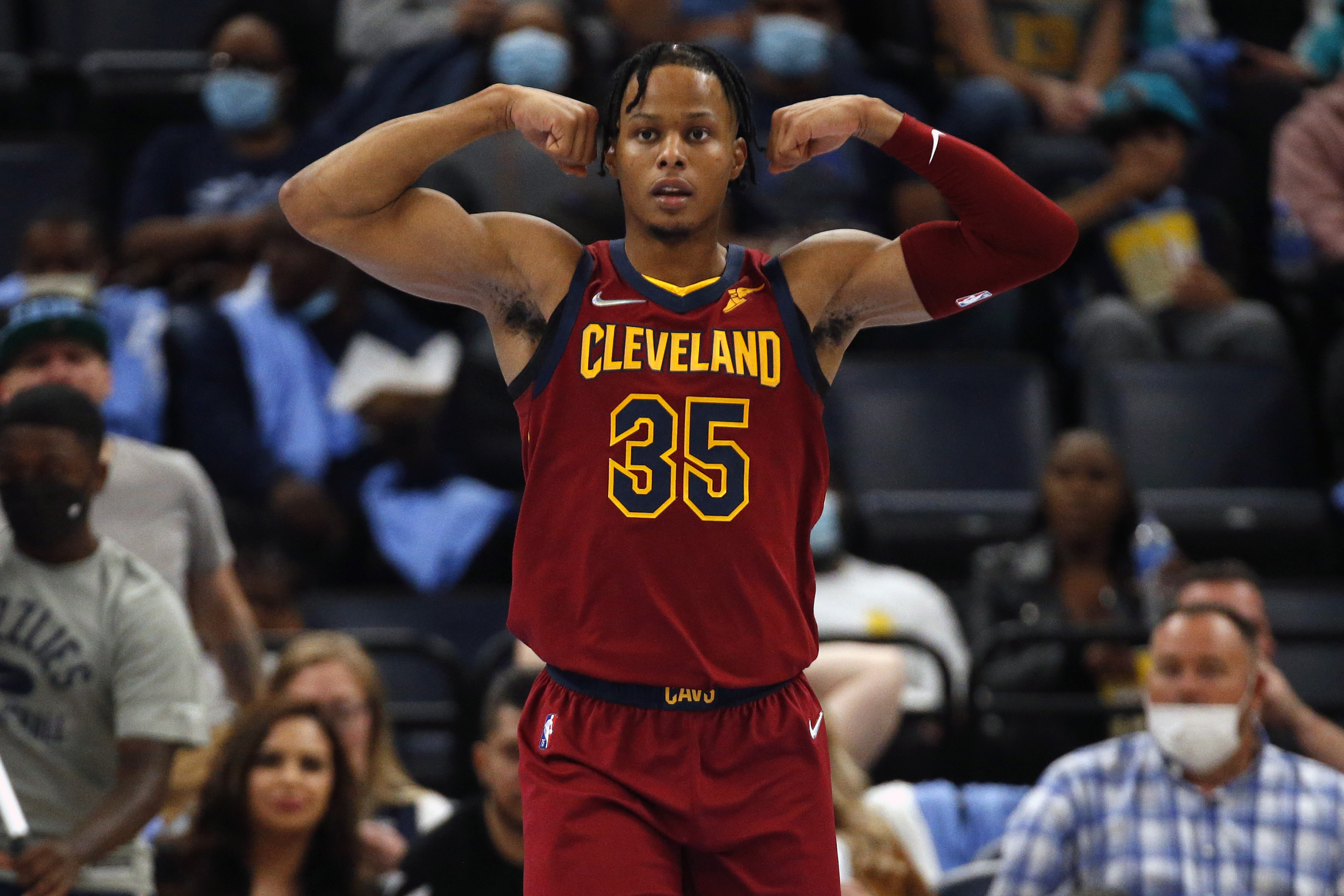 Time is running out for Isaac Okoro, the 2020 fifth overall pick. To his credit, Okoro has played well defensively, often defending the best perimeter player on the opposing team. While his defensive metrics aren’t amazing (just 0.4 D-LEBRON and 0.3 D-RAPTOR, which puts him about average) he does better on the eye test and defensive metrics are far from perfect.

The real issue with Okoro is the lack of an offensive game. He doesn’t have a usable handle, which makes it hard to create his own shot, and he isn’t much of a shooter either. He did improve his three-point percentage to league average last year at 35%, but he’s almost entirely assisted (94.5% of his threes were assisted, 77.8% overall) and per the Lowe Post, he also had the most separation on three-pointers in the league. So he’s entirely assisted, the most open, and yet he is shooting barely league average. That’s not a great sign. He’s extremely athletic and could develop more as a cutter and slasher, but that will only take a guy so far. For the fifth pick, it’s not enough. He needs to develop something on offense. Year three is about the time for some real improvement, or Okoro might go down as one of the bigger busts from that draft, and maybe even out of the league soon. An average defender (by the numbers) without much of a real offensive game is not someone who generally sticks around for very long. Okoro is explosive and a hard worker so there’s still time, but not much.