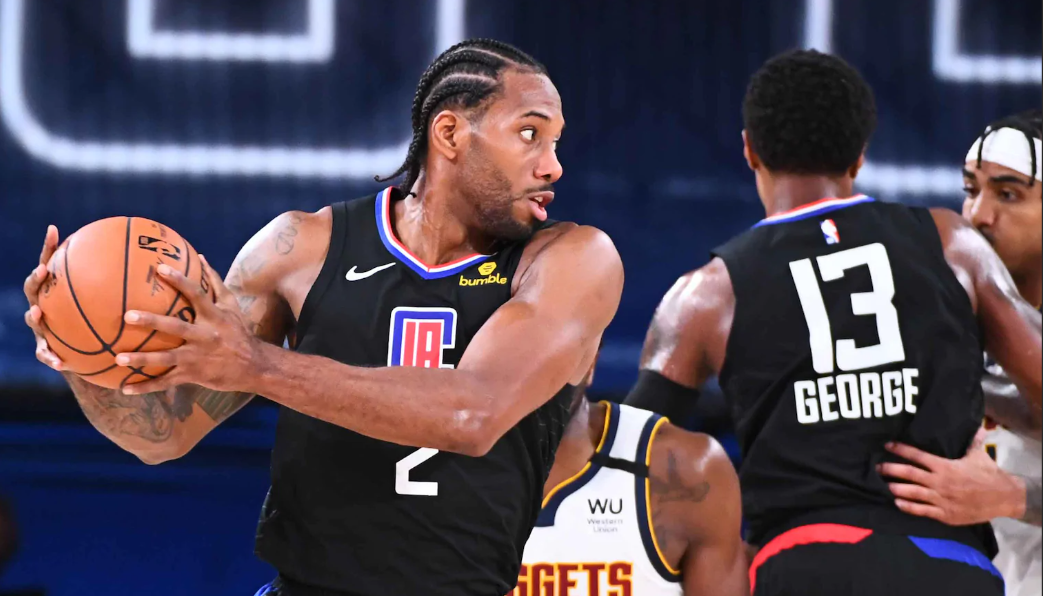 Last night, Kawhi Leonard and the Los Angeles Clippers sent a statement to the Denver Nuggets very loud and very clear … there’ll be none of that seven game talk around these parts.

No one remembers the losers.

The Los Angeles Clippers sent a statement to the Denver Nuggets very loud and very clear … there’ll be none of that seven game talk around these parts.

After a 31-31 first quarter where the two teams just felt one another out, the Clippers put a full blast of wind in their sails and put distance between themselves and the Nuggets with a performance that nearly doubled Denver, 38-20.

While a seven game series was and exciting way to silence the Utah Jazz and have the opportunity to move on and face the Clippers, the sheer exhaustion cost the Nuggets, who didn’t have anyone score more than 15 points, despite the talent on this roster.

And after that first 12 minutes, it showed – L.A. simply had fresher legs. And, what appeared to be a fresher mindset, one that has improved game by game since being tied at two games apiece versus the Dallas Mavericks.

(That fatigue factor may rear its head again tonight, as the Houston Rockets come off a seven game series over the Oklahoma City Thunder to face the rested and confident Los Angeles Lakers).

The Clippers have been the sentimental favorite to win this whole ball of wax from the start of the season, and again once the bubble concept became a reality. It appeared in the Mavericks series that some of that entitlement mentality had crept into their mindset.

But in a playoffs like this – in Orlando, with no home court advantage – nothing is going to be given to anyone. It has to be earned, and earn this win L.A. most certainly did.

I have also been waiting for a breakout game from Montrezl Harrell off the L.A. bench. Last night was it. To this point, his best highlights came from cursing out Dallas’ Luka Doncic in the Clippers’ last series. Harrell finished with 15 points in 19 minutes off the bench.

Kawhi Leonard led all scorers with 29 points on 75 percent shooting. Marcus Morris shot 70 percent for 18 points. In fact, with the exception of Paul George (46.2), the entire Clippers’ starting lineup was 60 percent or above, as the Clippers finished the night shooting 57 percent, including 41 percent from downtown. George and Lou Williams combined to match Leonard’s 29.

Though the Clippers sailed out to a comfortable margin, they remained close enough and connected enough to the Nuggets to maintain that cushion, by playing disciplined defense and holding Denver to a meager 36 points over the second and third quarters to guarantee themselves an impressive, and impactful, win in Game One.

Nikola Jokic led the Nuggets with 15 points and Paul Millsap had 13 and nine. The only other Nuggets in double digits were Jamal Murray, Jerami Grant, and Monte Morris, all with 12 apiece.

While the Nuggets struggled from just about everywhere, they tried to get back in the mix by shooting 36 shots from outside the arc, when they’re actually a better team in the paint. However, they got outclassed inside as well, 66-40, as nothing seemed to work for Denver in Game One.

Energy levels may be running low, concentration might slip, but the final leg of the race may provide a perfect opportunity to snatch a result.

Positive thinking, clear tactics and concentration are critical. Assuming you’re not in a head-to-head finish line showdown with your rivals, you keep morale high by minimizing the time lost and by maximizing the chances of success when the corrected times are displayed.

Though these are paraphrased tips from four-time ISAF Match Racing World Champion Ian Williams, who wins races as a sailor, they apply to the exasperated and exhausted Denver Nuggets in this series.

In Game Two on Saturday night, they’ll have to come out with laser-like focus … but it looks like the Clippers have them beat on that as well.

There’ll be no Game Seven in this series.

A personal congratulations goes out to a great guy I had the privilege of covering in my three seasons in Phoenix. Steve Nash is the new head coach of the Brooklyn Nets on a four year deal. And sadly he will not be bringing Dirk Nowitzki with him on the bench. Dirk declined.

Only Things Certain are Green vs. Red/Black in ECF, and L.A. – L.A. in WCF
Bucks Become Roadkill in 40-13 Fourth, ‘Fresh Legs James’ Takes Down Lakers in Game One