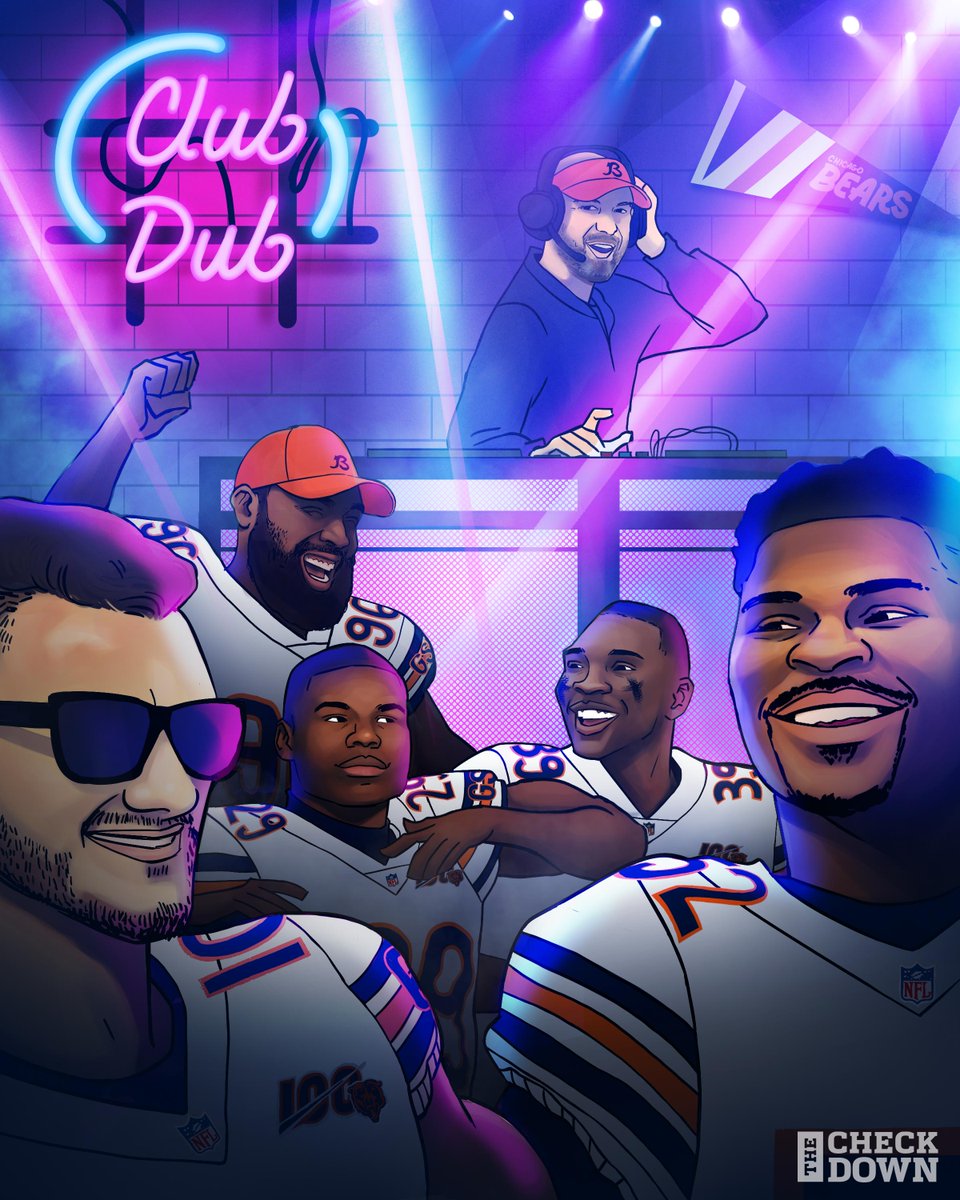 The Chicago Bears recently bounced back from a four-game losing streak that sent their fanbase into a frenzy, wondering how their team managed to regress over the offseason. Due to their recent success, they are one of the hottest teams in the NFL, winning four out of their last five games and extending their win streak to three games.

During this five-game stretch the Bears defeated the New York Giants (19-14), won two divisional matchups against the Detroit Lions (20-13 and 24-20), and shocked the Dallas Cowboys, winning by a score of 31-24.

The Bears’ upward trend in the win-loss column is due in large part to the improved performance of their offense and the steady increase in confidence for QB Mitchell Trubisky. During their four-game losing streak the Bears’ offense was only able to muster up 215 passing yards (per game), 70.75 rushing yards (per game),  eight touchdowns, and seven turnovers. The offense has been playing with a sense of urgency lately, averaging 245.2 passing yards (per game), 91.8 rushing yards (per game), 13 touchdowns, and six turnovers. The emergence of WR Anthony Miller and improved play from the TE position has given the passing attack an extra boost. Also the rushing attack has drastically improved. The Bears being able to move the ball on offense has given much-needed protection to their injury riddled defense.

While it is true that the offensive numbers are better on average during the last five games, they are a bit deceiving. Most of the increase in production shown was due to their performance in the Thursday night game against the Cowboys. The Cowboys’ defense was simply embarrassed against the Bears’ offense. They were gashed on the ground allowing the Bears to rush for 151 yards, and allowed Trubisky to throw for 244 yards, three touchdowns, and obtain a QBR of 80.4 (season best).  Coach Nagy called a very good game that allowed Trubisky to play to his strengths. His game plan was to stay ahead of the chains by getting athletes in space with the short passing scheme, the zone read running game, and allowing Trubisky to extend plays with his legs.

The Bears’ defense has been showing a lot of heart during this five-game stretch, holding opponents to an average of 17.6 points per game despite being hobbled by injuries. The injury bug bit again against the Cowboys; Roquan Smith left the game in the first quarter due to a pectoral injury. The Bears’ defense were able to hold the Cowboys’ struggling but star studded offense in check without CB Prince Amukamara, LB Danny Trevathen, LB Roquan Smith, DL Bilal Nichols, and DL Akiem Hicks. It is worth mentioning that backup linebackers Nick Kwiatkowski and Kevin Pierre-Louis played lights out last night, giving the defense a much needed boost in light of injury.

A lot of people expected the Bears to quit on the rest of the season, due to their playoff hopes being virtually crushed in their loss against the Los Angeles Rams (17-7) in week 11. The vibes surrounding the team are good because of the recent opening of “Club Dub,” but they are still facing an uphill battle when it comes to fighting for the final wildcard spot in the NFC. They currently have a 5% chance of making the playoffs. For them to achieve this feat they would have to win all of their remaining games and hope for the Vikings to lose pretty much all of their games. The sentiment amongst Bears fans is that there is a chance until the team is mathematically out of the equation. Enjoy this win because they showed grit against one of the better teams in the NFL from a talent perspective in the Cowboys.

If the Bears continue to win and Trubisky continue to trend in the right direction, management will have a decision to make regarding the quarterback position. Will they stick with Trubisky or has he already dug his grave?