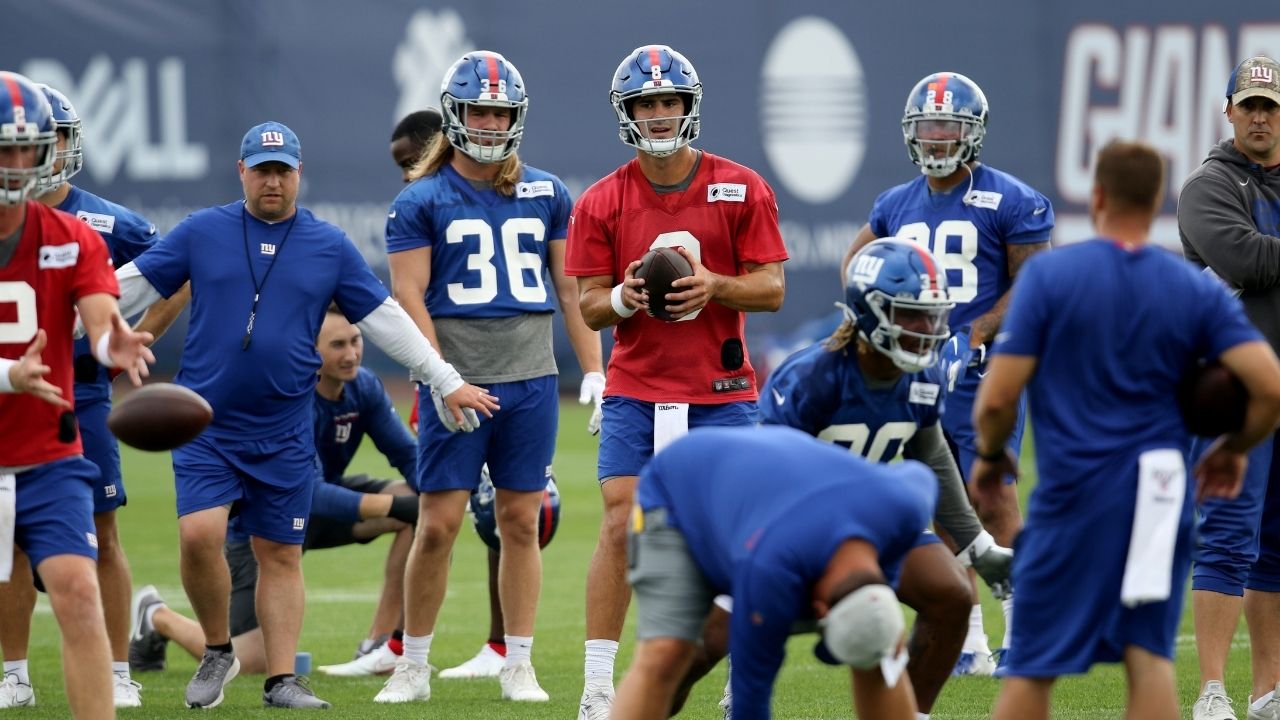 Giants practice did not end so well yesterday. The team got into a brawl on the field after a big hit took place. Xavier Mckinney’s tackle on Corey Clement seemed to have triggered the whole thing. Evan Engram and Logan Ryan also had a key part in the start of the brawl.

Coach Judge talked today about yesterday’s strange end to practice. The brawl wound up leaving Quarterback Daniel Jones on the bottom of the pile. Coach Judge was not thrilled.

“Yeah, the message to the team was consistent for every player, so we don’t want any player at the bottom of a pile, we don’t want any player jumping in the way they did and that’s why we took action immediately the way we did.”
Judge immediately made the team run and do push ups after the brawl. This was a bit strange to everyone outside of the team. You usually don’t see that type of punishment in the NFL anymore.

Judge on why he chose laps and push ups as the punishment:

“Yeah, listen, there’s a lot of different ways to approach things. In terms of fights, to be honest with you, my policy has been to get guys out of practice, so that happened involving the entire team, I threw the entire team out of practice. We had more ball to go. We had two more periods left in practice, we had things we had to accomplish. Those were things yesterday that robbed us of an opportunity to keep preparing, that robbed other players of reps to go out there and compete, so generally we just basically ended practice at that point. We’re going to go ahead and got our conditioning in. We had things planned for conditioning anyway; however, when something happens there needs to be feedback. I’ve talked about this before, I know a lot of people out there are questioning why we’re doing this or that. Yeah, I get it. I explain to my players all the time, when you get a 15-yard penalty, you’ve got to run that much further on the field to score. When you have a consequence of that where you have to run right away, that reinforces that, ‘Hey, listen, I can’t afford to make that mistake.’ When there’s an issue with ball-handling, substitution, lack of focus, whatever it may be, there needs to be some kind of reinforcement right away. It’s not always running, sometimes it is, you know.”

Judge was not thrilled about the fight at practice at all. He understands that it was the first day in pads and the players can be a little extra excited. Things happen. He is trying his best to turn it into a teaching moment for the team.

“It’s a teaching point no matter how it happens.” Judge said.

If the team can come out of this situation and learn anything then in the grand scheme of things it wasn’t all that bad. Judge, being the great coach he is, is trying to preach to the team that it is ok if this happens in camp, but it can’t happen on the field during the season. If he can get this message across to the team, then at least there will be one positive that comes out of this.

“Our guys are in here and I’m not saying we’re laughing off the situation, but they understand that we’re all one team and we can’t do that to each other. And the most important part of that lesson we have to learn is ultimately we have to eliminate bad football. Penalties are bad football. The lesson has to be we’re not doing anything that’s going to get our team in a position to be penalized.”

Aldridge Returning To The NBA?
Even With Zero Picks, The Heat Still Had A Big Draft Night