Coaching and Officiating Cost the Knicks 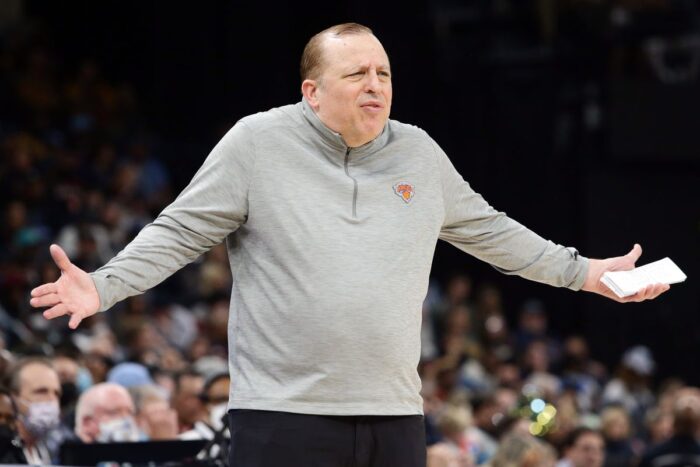 The New York Knicks were out with three players that are key in their nine man rotation. Power forward Obi Toppin is still recovering from a leg injury and point guard Jalen Brunson did not play Tuesday night due to a hip injury. Small forward RJ Barrett only played two minutes as he suffered a finger laceration. The Knicks were playing shorthanded against a very talented and well-coached Dallas Mavericks team.

Due to being shorthanded, head coach Tom Thibodeau decided to use a eight man rotation. The Knicks could have used Evan Fournier and Cam Reddish instead of burning out his players especially towards the end. Immanuel Quickley, Quentin Grimes, and Deuce McBride each played a career-high in minutes of 51, 48, and 46 each looking gassed.

With 4.2 seconds left in regulation and the Knicks up two, Jericho Sims should have been in the game instead of Quickley or McBride for rebounding purposes. Due to not having a big man on the court, Luka Doncic was able to get a put back layup to send it into overtime.

On an inbound late in the fourth quarter, Doncic should have been called for a five-second violation. However, the referee slows down his count allowing Doncic to inbound the ball. He on that possession got an and one even though there was no contact.

With 24.5 seconds left in regulation, Grimes gets double teamed by Doncic and Dwight Powell, trying to force a turnover. However, even though Doncic has his arm hooked underneath Grimes’ which is a foul. However, the officials called a jump ball.

Star Players Getting Bailed Out