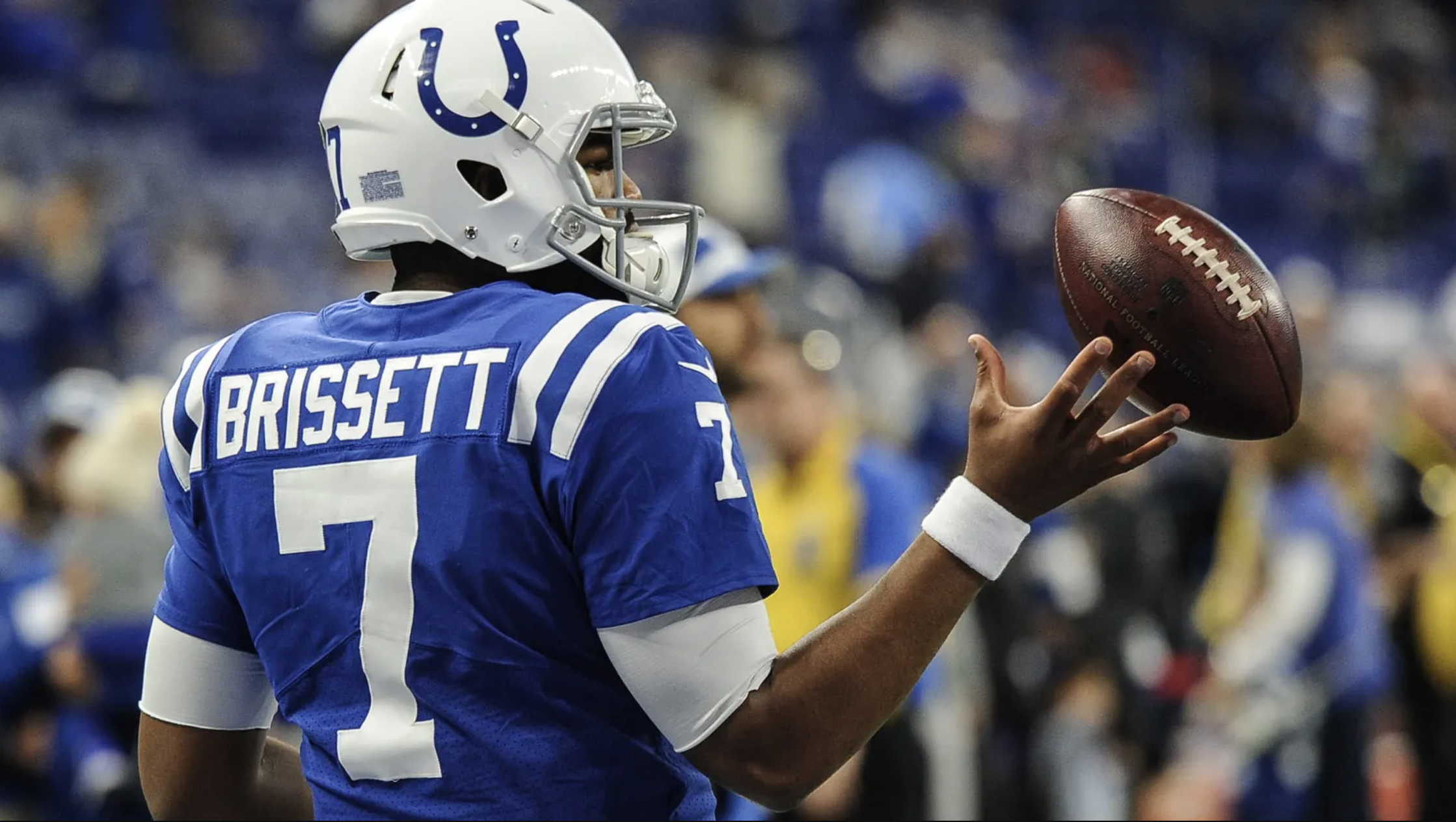 A little over one quarter of the way though the NFL season, Indianapolis finds themselves sitting at 3-2; tied with Houston for the AFC South lead. Many feared for the worst when franchise QB Andrew Luck retired just 2 weeks prior to the season. Sunday night’s statement win over the Chiefs proved that there is plenty to be excited about for the remainder of the season. Before continuing the long march forward, here is a chance to look back and reflect on what the team has shown thus far.

The Jacoby Brissett Era: Entering the season, the range of feelings towards the QB situation ranged from outright panic to cautious optimism. Brissett has surpassed nearly all expectations for his play. The offense has been run more conservatively than in years past, but the fact that this year’s team is only scoring 4.5 points per game less than last year is encouraging. As Brissett gets more experience running the ship and the rest of the offense adjusts to a new identity, the Colts may further narrow that scoring gap. The young QB has played his role masterfully; taking care of the football and converting trips to the red zone at a high rate. While he may not put up the flashy stat lines that Colts fans have grown accustomed to seeing out of the position, Brissett has proven himself as a more than capable game manager. 10 passing TDs and a 3-2 record through 5 games is plenty respectable for the former backup.

Average Defense: Indianapolis has played steadily on defense so far this season. The unit has been neither great nor awful. Through the first 5 games, the Colts defense ranks 17th in points allowed with 23 per game. Similarly, they rank 16th in the league with 355.2 yards allowed per game. To be fair, key players falling victim to injuries has done the team no favors. The pass rush has been a bright spot in an otherwise pedestrian defense to this point. Defensive ends Denico Autry and Justin Houston have anchored a line that was able to sack reigning MVP Patrick Mahomes 4 times in the team’s week 5 win over the Chiefs. While on the season the defense has been unremarkable, they may be trending upwards after holding Kansas City’s high powered offense to only 10 points.

Running Wild: After 5 games, Indianapolis ranks 5th in the league with 142 rushing yards per game. Marlon Mack has been spectacular thus far in an offensive scheme that has relied heavily on his production. Indianapolis has also received solid contributions in the backfield from Jordan Wilkins and Nyheim Hines. The trio combined for 221 all-purpose yards in the team’s upset win over Kansas City. Head Coach Frank Reich has shown a clear commitment to the ground game, as demonstrated by the team’s 3rd most rush attempts in the league (159). Such game plans are becoming increasingly uncommon in today’s NFL, but between the stout O-Line and versatile backfield, the Colts seem to have the personnel in place to get the job done.

Injuries: The bye week is coming at an opportune time for Indianapolis as several key players are battling injury. Reigning defensive rookie of the year Darius Leonard has missed the last 3 contests with a concussion. Safety Clayton Gaethers joined Leonard in concussion protocol after week 4’s loss to Oakland. In fact, both safeties have missed game action as Malik Hooker suffered a torn meniscus in his left knee during the team’s week 3 win over Atlanta. The team has also been without 2 starting wide outs since Devin Funchess injured his clavicle and rookie Paris Campbell suffered an abdominal injury.

Between the QB shakeup, injured starters, and kicking struggles, Indianapolis has already faced a fair share of adversity this season. All things considered, 3-2 seems a like a good outcome for this team through 5 weeks. On the flip side, the Colts had a great opportunity to be 5-0 entering the bye. Missed field goals were the difference in week 1’s overtime loss to the Chargers and Oakland was certainly a beatable opponent at home in week 4. However, in upsetting Kansas City in week 5, Indianapolis showed that they can compete with anybody. As Brissett grows more comfortable in the offense, and playmakers return on both sides of the ball, this team’s best football may well lie ahead. Week 7’s matchup against Houston will be an important next step for Indianapolis to separate themselves in the fight for the division.