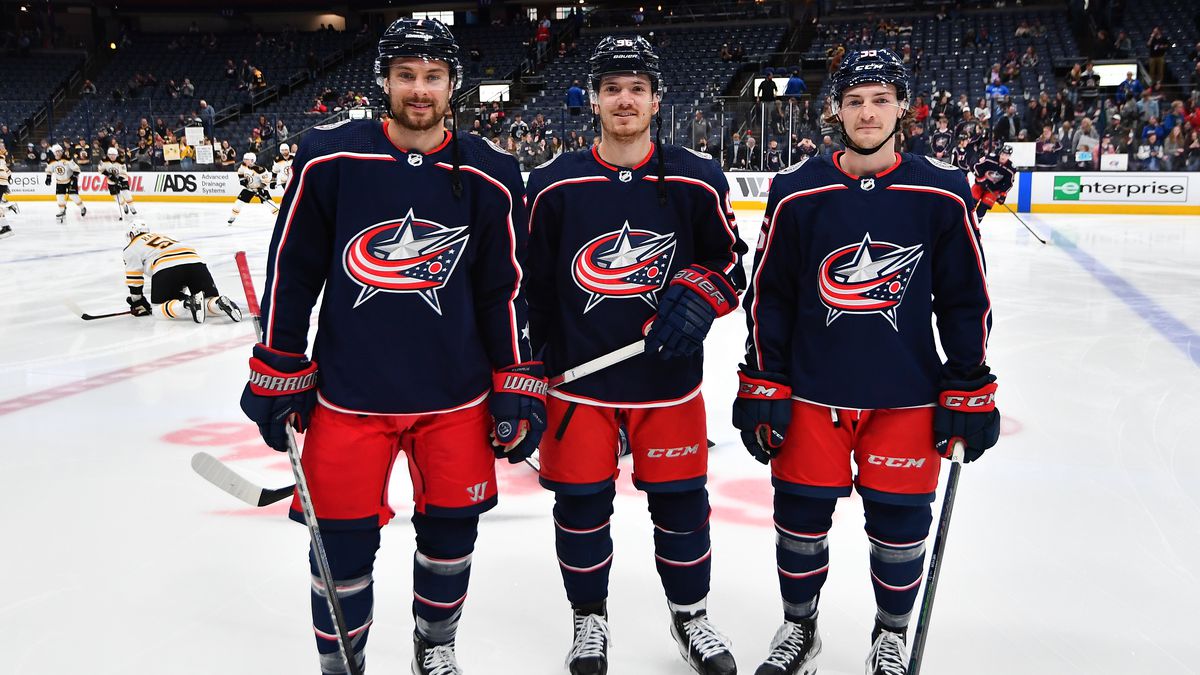 The Metropolitan Division is always tough, so it’s easy to understand the Columbus Blue Jackets’ struggles. The Jackets finished with 81 points last season, good enough for sixth in the division. With powerhouses like the Pittsburgh Penguins, Washington Capitals, and Carolina Hurricanes roaming around (don’t forget the New York Rangers, too!), it’s no surprise that Columbus got lost in the mix.

However, it’s a new season. That means a new opportunity for the Blue Jackets to shine and surprise numerous experts. Can Columbus stake their claim in a strong division and become a new powerhouse?

Perhaps the biggest move not only for Columbus, but in the NHL, was the signing of Johnny Gaudreau. The six-time All-Star had 115 points last season for the Calgary Flames and brings never-before-seen excitement to the organization. Johnny Hockey is going to be a marketing boon for Ohio’s capital, making hockey in the Buckeye State thrilling.

Let’s dive a bit deeper into this signing. Pairing Gaudreau with Patrik Laine gives Columbus one of the best scoring duos in the NHL. Yes, Laine hasn’t been himself since joining the Blue Jackets. Yes, the pair doesn’t hold the same ground as Connor McDavid and Leon Draisaitl. But when you have a pair of strong forwards on a line, it makes your team that much better.

Joining Johnny Hockey is his ex-Flames teammate, Erik Gudbranson. The former third-overall draft pick has a penchant for blocking shots, obstructing 767 total throughout his career. Him and Zach Werenski will be hard to stop, making life easier for Columbus’s goaltenders.

Suddenly, the future looks bright for the Columbus Blue Jackets. General Manager Jarmo Kekalainen has done an excellent job changing the identity of this Blue Jackets team, turning them into a formidable force. From getting Gaudreau to loading up on draft capital, Columbus will be firing their cannons a lot.

After seeing this roster, I have a great feeling about this team. I’m going bold and giving them a record of 46-31-5, which is good enough for 97 points and third in the Metropolitan. Granted, it’s going to be a bit of a challenge within the division. However, the Penguins and Capitals are starting to show their age a bit. That presents a strong opportunity for Columbus to emerge and make a statement in the NHL.

With all the draft capital that Columbus has, expect them to make a goaltending move if they’re contending for the playoffs. Elvis Merzlikins and Joonas Korpisalo aren’t lighting up the NHL with their style of play anytime soon, so it’s expected they’ll bolster the netminder position. Thatcher Demko would be a viable option for the Blue Jackets to consider.

Also watch for defenseman Nick Blankenburg to make the team. While diminutive, his skating is stellar and he gravitates towards the puck. He also throws his body into the mix, not being afraid of taking a pummeling. Plus, the Blue Jackets have plenty of room for another defenseman. Blankenburg would be an ideal fit to be the sixth on the roster.