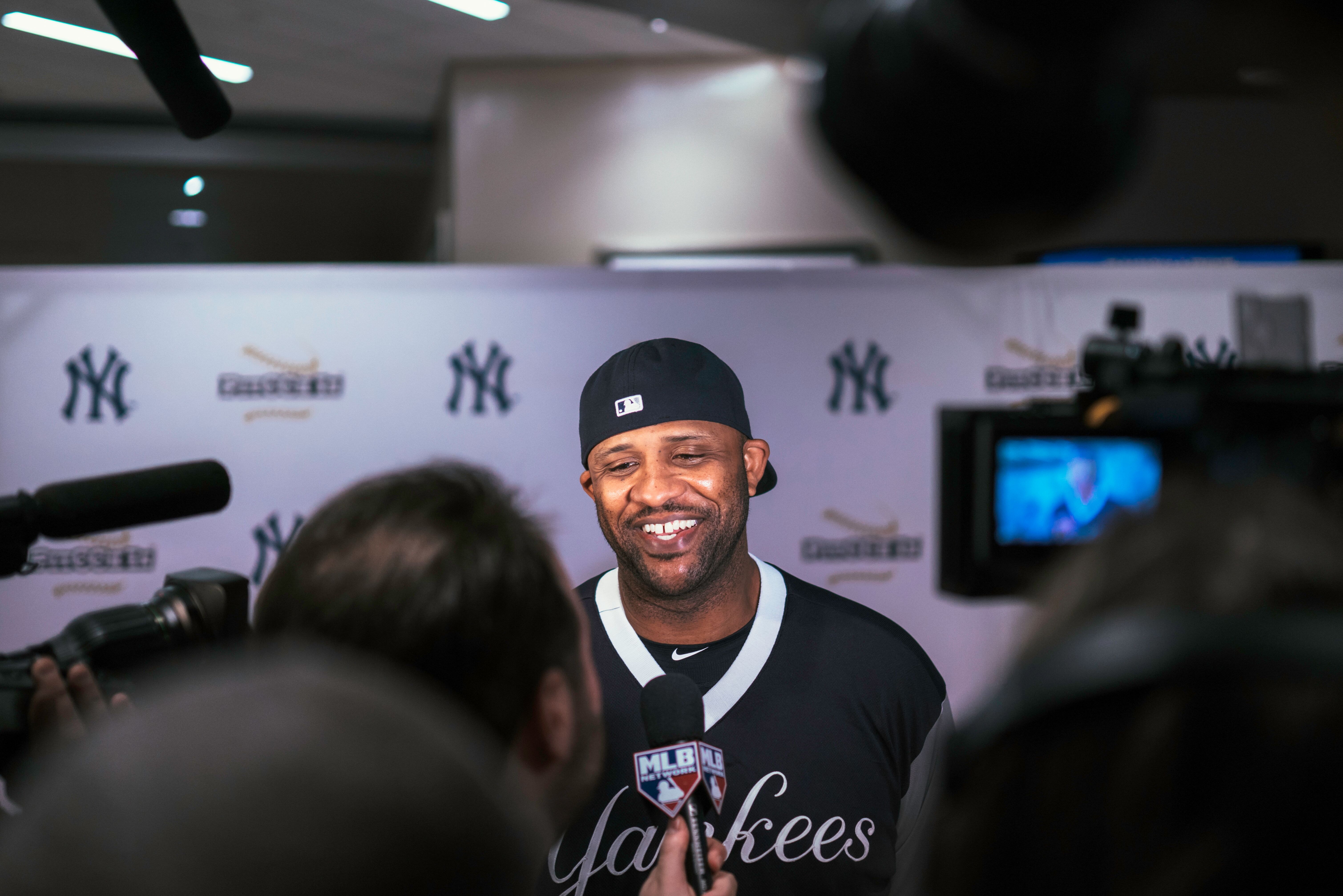 On May 16th, CC Sabathia and the Pitcch Foundation hosted his second annual celebrity softball game at Yankee Stadium in New York. Back Sports Page was there to discuss how important the event was to the Sabathia family as well their guests at the stadium.

The Pitcch In foundation was established in 2008 by CC Sabathia and his wife Amber to help the communities that have given them so much. The foundation showcases three signature programs that provide young people with the tools to be successful in school and on the field: All Star Baseball Clinic, Youth Backpack Program and Field Renovations.

CC and Amber developed a team of staff and volunteers that all believe on giving back and helping today’s youth believe in their future. The success of the foundation led to Thursday’s game which was headlined with such star power to help and support the Yankees pitcher.

When asked about the support and turnout of the event, Sabathia was overwhelmed with gratitude as well as excitement. “This is amazing , everyone is coming out and having fun as we get to use the stadium in the light.”

Sabathia continued “The turnout we have had over the last two years has been amazing and the money that is raised goes right into the Pitcch In foundation which helps renovate fields here in the Bronx, so its a great thing.”

Click on the audio file below to hear CC’s

This year’s guest list was a whose who of the sports and entertainment industry. The World Series Champion was grateful for all of his guests who were just as happy and honored to be there to support the foundation and its host.

New York Yankee legend Tino Martinez has always shown support to his teammates and even admitted to reach out to CC and Amber about coming out to the event.

“I have been showing support to such great foundations like the Turn 2 Foundation with Derek and other great causes” said Martinez. ” I had heard all of the great things that CC had been doing with the Pitcch In foundation and I had never been involved so I called Amber and asked if I can be a part of it because I seen what you guys do in NY and its a great thing and I just want to there and involved.”

While the guest list was a whose who of sports & entertainment, the real stars and winners of the night were the kids benefiting by having the Pitcch In foundation help the kids have better recreational fields as well the belief that they can do anything.

As for the game, the team captained by Giants legend and HOFer Michael Strahan routed Team Sabathia 8-2, Team Strahan earned the right to hoist the trophy at the end of the night .

There were two most valuable player awards were distributed at the conclusion of the game to members of both teams. Former Yankee Andruw Jones grabbed the MVP for Team Strahan, while former Red Sox and Yankee star Johnny Damon was awarded the MVP for Team Sabathia.

Please visit https://pitcch.org/ more information on how you could contribute.