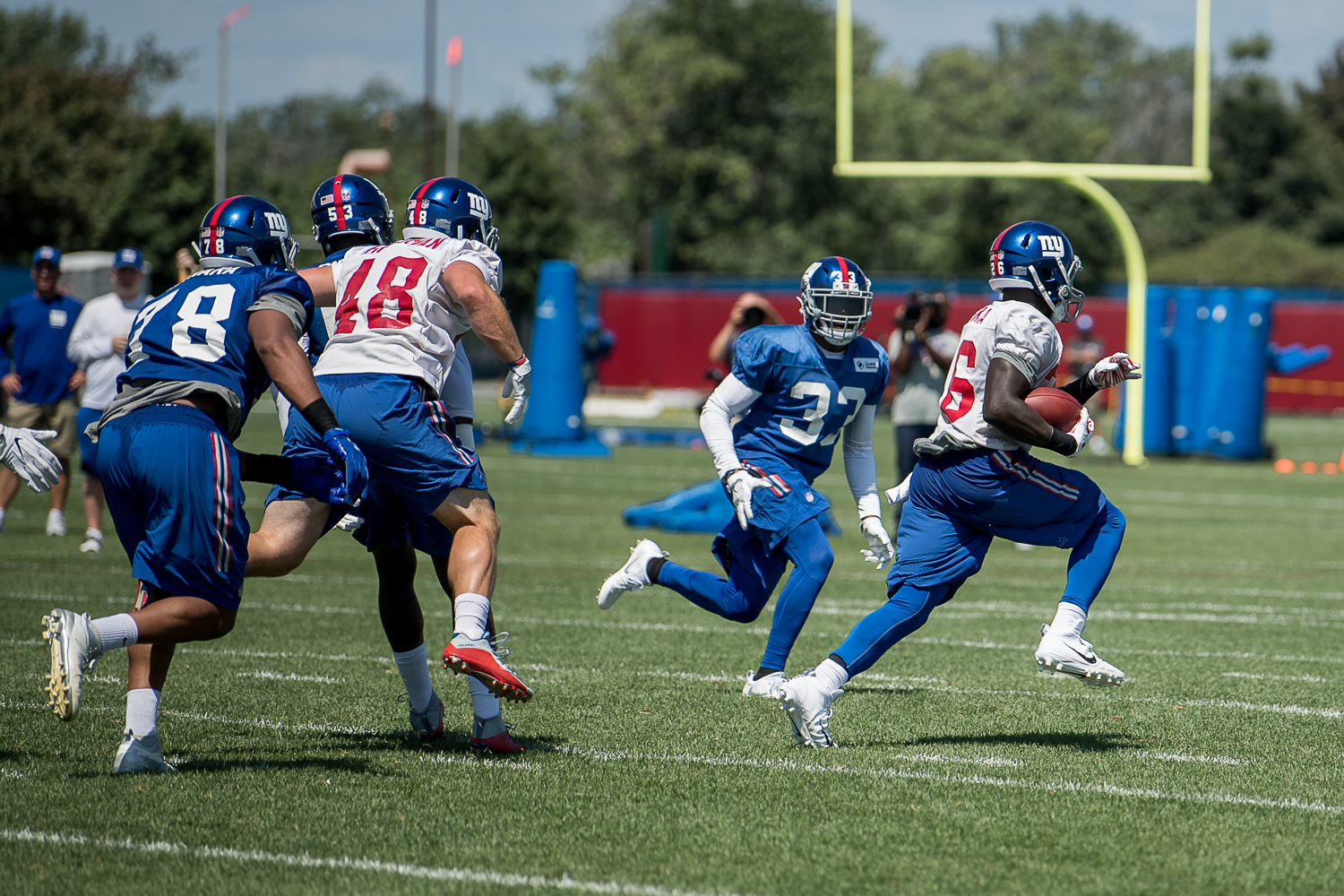 They always say go big or go home. I think The New York Giants decided to go that route this past Sunday night as they earned their first win of the season against a Super Bowl caliber defense in the Denver Broncos.

New York pulled off the upset with what looked like the effort that what we had been accustom to seeing from last season’s defense. Coach McAdoo was happy to see the carryover from the days leading to it in practice. “I thought we played hard-nosed, physical, heavy-handed football. Seeing it in practice all year – it was encouraging to see it carry over to game day. That was a formula going into the ballgame and give credit to the players and the coaches for bringing it to life.”

This decision paid off as the Giants won all categories on the offensive end for the first time all season. The Media asked Eli Manning about the change in the play calling. “No, it’s not that much different. He calls them in practice every day; he has for the year, during training camp, during practices. So, I’m used to hearing them in the ear, it’s just his rhythm of how he’s calling things. We kind of have a lot of things scoped out, so you kind of know what plays are coming. So, I think he had good rhythm and mixed up his play calling.

With Odell Beckham Jr and Brandon Marshall out of the lineup the Giants had a limited passing game this week. Eli knows now with weapons missing he has to be smart and it’s not quantity, its quality. “Yeah, a lot less passing and that’s just the circumstances of what we were in last week. Had some new receivers, different guys playing some of their first games and first games in a while. So, you had to be careful, it wouldn’t be a game we’re going to throw it 40 times. So, we still have to throw it, we have to hit some shots, we have to make some plays, but you’ve just got to be smart about it.

With the Giants big win now brings now a sense of optimism around the Giants practice facility which is not going unnoticed by Seattle’s head coach Pete Carroll whose Seahawks are coming off the bye week ready to play. “They’ve played a bunch of really close games. You can see the play and the potential of their ability as a team. They just took it out on Denver in a very difficult situation. I mean, everybody knows who plays there. That’s so hard to play there against a really good team and they were able to really control the game. So, it’s really clear that we’re up against a difficult opponent and we’re going across the country to do it and all that kind of stuff. So, we got no problem. This is never an issue for us.”

The Giants welcomed back suspended safety Dominique Rodgers-Cromartie to the lineup this week as he aired out all of his issues with Head Coach Ben Mcadoo. The issues were not highlighted but DRC took responsibility for his actions. “To be honest, coach called me up and he said some things and I kind of didn’t agree with it and I handled it the wrong way. At the end of the day, that’s on me. So the suspension, I take that. All I can do is try to work back to get in good grace with the guys. I’m just glad that they didn’t let this turn them from me and they accepted me and I’m just back working, man.”

Giants host the Seahawks this Sunday at 4:25pm est.