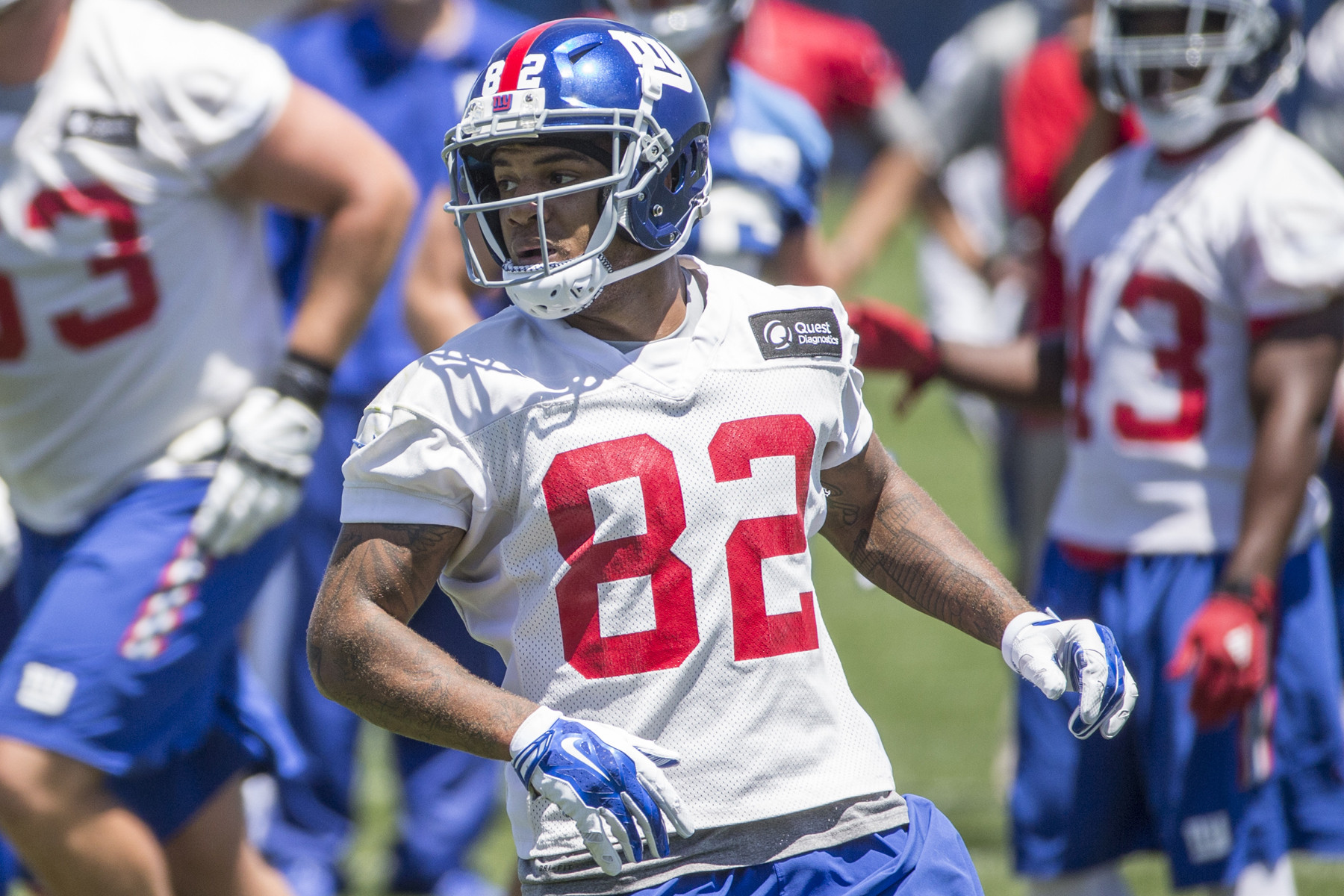 When you look at the success of the 2016 New York Giants, a lot of attention goes on to the defensive side of the ball. Obviously the attention on offensive side centered around Odell Beckham Jr., Eli Manning and Victor Cruz’s future.  One of the bright spots of the 2016 was the development of some of the younger undrafted free agents like Roger Lewis Jr.

The Ohio native signed on with the Giants in May of 2016 and earned himself time on the field with Eli and company while the Giants were finding their footing in the early part of the season. He had five receptions and two touchdowns receptions while also being a key contributor on special teams.

Lewis has a goal to continue his improvement and earn more time on the field with the starters. Randy Zellea of Back Sports Page recently spoke with Lewis about his expectations, what he wants to accomplish this season and much more.

Q: What has been the major difference between the receiver between last year and this year?

A: The difference between last season and this season so far, well we are still a tight group even without Victor Cruz. We added Brandon Marshall to the fold and we feel like we have known him forever. We are learning from Brandon, Odell and the other vets in the room which is such a plus for us. We just keep grinding away everyday just like we did everyday last year and will continue on this year.

Q: What have you’re worked on this offseason thus far?

A: I have worked on some route running. I did some special teams work and have embraced the style and technique that the coaching staff have been teaching us.I want to try and improve everyday

Q: What has been the major difference from the college game to the pros for you?

A: Hardest part has been the adjustment from the system coming from the one I have played in college. I ran a Baylor style offense where everything was more vertical routes. In this offense, there are more routes and I am still getting used to all the cuts, slants and techniques. The key is to keep pushing through for me and to keep improving.

Q: You became a target to by Eli Manning during the 2016 season. How does it feel knowing that he has a strong level of trust in you to be successful?

A: I think it’s a pretty good level but I’m still learning at the end of the day. I’m talking to Eli as well as other QB’s in the room so I could keep on learning. You could never stop learning in this game.

Q: What is something the fans do not understand about being a wide receiver in the NFL?

A:  A lot of the work in this game is 80% mental. We put a lot of work together in the film room as well as drills to prep  We just don’t go out there and play, we have to go rep our plays and learn new signals. There are always reps to be done to prep us for Sundays.

Q: What was the major difference between playing the college game compared to the pro game for you?

A: The difference between college and pros is that in college I could just work off my ability and sort of improvise. Everybody on the pro level works together and puts more focus on the technique of the position. I am getting more comfortable and adjusting to it.

Q: What is the expectation level like in that room for you?

A: It’s higher. I got to be hungrier than last year. I have to learn the playbook more and just hungrier. I was a drafted rookie last season and this year I have to keep grinding. It doesn’t bother me, I just know I have to work hard every day and keep having that chip on my shoulder.

Q: What is it like to be in that receiver room with Odell?

A: I actually call Odell “big brother” because that is what he is to me. I can ask him about our routes I could ask him about personal things. I feel that I could discuss anything with him. I feel that the media gets the wrong perspective of him. Odell is one of best guys I have ever met and has an unbelievable heart.