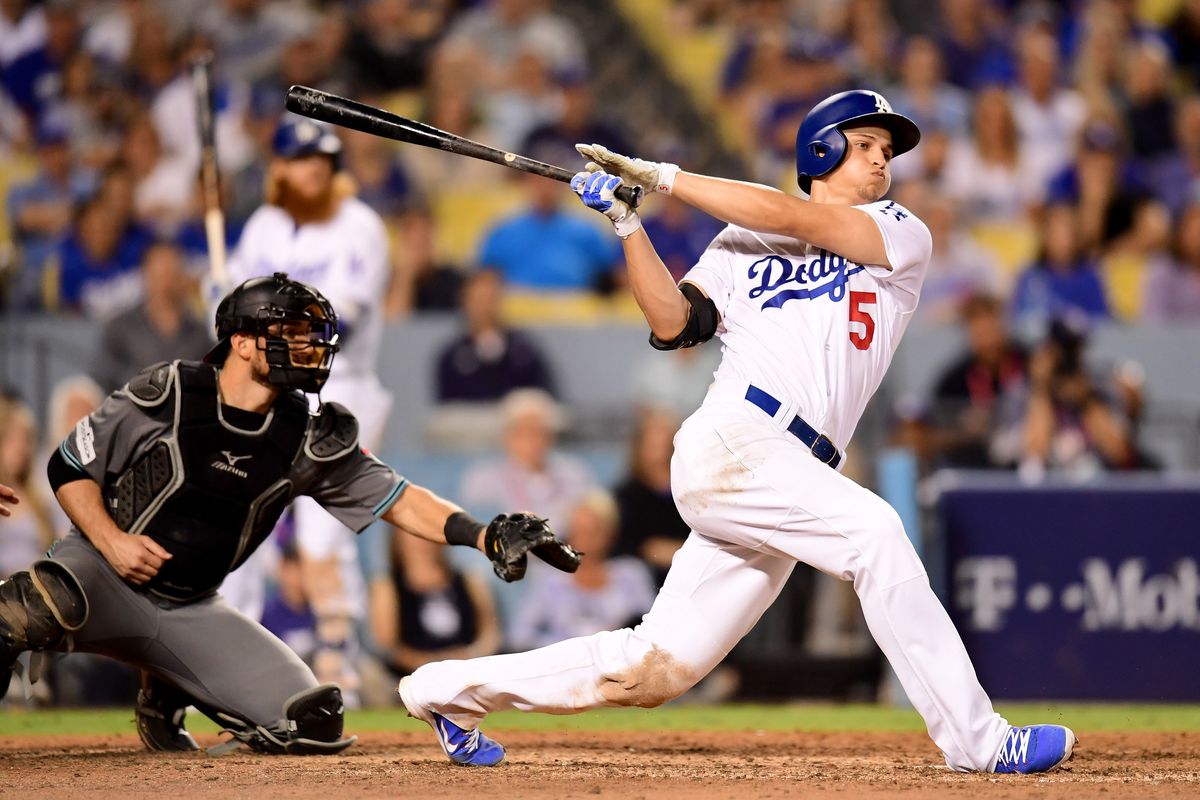 Los Angeles Dodgers’ shortstop Corey Seager deserves much more recognition by baseball media. He has been off to a hot start this training.

The Los Angeles Dodgers’ star shortstop Corey Seager is starting to get hot this spring training. He has six home runs, 13 RBI’s with a batting average of .400. However, for those who pay attention to baseball, this doesn’t surprise them whatsoever. For the casual fan, Corey Seager doesn’t generate the same buzz as a Mookie Betts, Mike Trout or Bryce Harper.

Many dub Seager a top 10 shortstop in the league. According to MLB Network, they ranked him at number six on their list. And that ranking may not give him enough credit. For arguments sake, he did win the NLCS and World Series MVP. And it wasn’t that he began to heat up, he was doing that the entire season. Not to mention he bombed 15 home runs and 41 RBI’s on a .307 batting average.

The reigning 2020 World Series MVP is not your flashy or flamboyant ball player. Instead, he comes to work, laces up his cleats and goes out to get the job done without any complaints. The knock on him throughout his career has been his injury history. He’s gone through Tommy John surgery, hamstring strains, and injuries to his back. All be it the cliche, saying “a player’s best ability is their availability” has truth behind it. Seager is another MVP candidate on this loaded Dodgers team when fully healthy.

With rising superstar Cody Bellinger struggling throughout the 2020 campaign, Seager took advantage and played lights out for LA. However, it was during the postseason run where Seager’s true potential came to fruition for the Dodgers. Seager had eight home runs, 20 RBI’s, and 11 walks with a batting average of .328.

In the World Series, Seager turned it up another level going for two home runs, eight hits, five RBI’s, six walks with a BA .400. Both Seager and Betts proved to be a highly efficient matchup for opposing pitchers at the lead off and second batter in the order. Should Seager continue his hot start and no face any injuries into the 2021 season, the Dodgers have three legit MVP candidates in he, Betts and Bellinger.

Green and Gold report: A’s Spring Training Heats Up, As Team Looks Like A Major Contender This Season
Green And Gold Report: A’s Deal With A Few Roster Questions As Opening Day Nears