Could Jaylen Brown be the Most Improved Player? 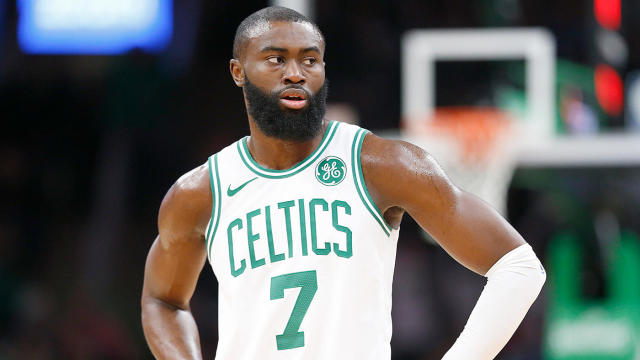 The Boston Celtics Small forward/shooting guard Jaylen Brown recently received a 4-year contract extension for $115 million. The Celtics administering a rookie a contract extension hasn’t happened since Rajan Rondo in 2009. Commentators have debunked Brown’s contract extensions, claiming he is not yet a star. However, this season Brown has been proving speculators wrong and looks like he might deserve a few more titles.

During preseason 2018 Head Coach Brad Stevens claimed Brown improving was one of Brown’s “key attributes,”Stevens stated. “Jaylen has committed to improving and has improved.”

Brown has shifted his ball handling skills from struggling to dribble to now scoring off the dribble at will. Moreover, he is now one of the C’s primary scorers and passers. His new skills were handy when Gordon Hayward missed 13 games due to a broken left hand.

It could be argued that Brown’s growth is not only attributed to tenacity but being underrated. Defensive from other teams are blitzing at point guard Kemba Walker and Tatum. This leaves Brown to make sporadic plays and becoming a prominent corner three-point shooter.

Also, his new-found aggressiveness around the rim has intrigued fans. Although dunking was always a part of his game, his layups and pump fakes are becoming his forte.

Alongside Brown, other contenders are Andrew Wiggins, Brandon Ingram, Shai Gilgeous-Alexander, and even teammate Jayson Tatum. If Brown can stay consistent and improve offensively, he is sure to be in the running of Most Improved Player.

Prediction:
If the Boston Celtics can stay ahead in the Eastern Conference, Brown, Tatum, and Walker will be considered for All-Stars.

Celtics Notes:
The C’s are 10-1 at home. Overall, 17-7, coming in fourth place in the Eastern Conference. Marcus Smart is still out for an eye infection.