Could Kevin Hayes Be The New Flyers Captain? 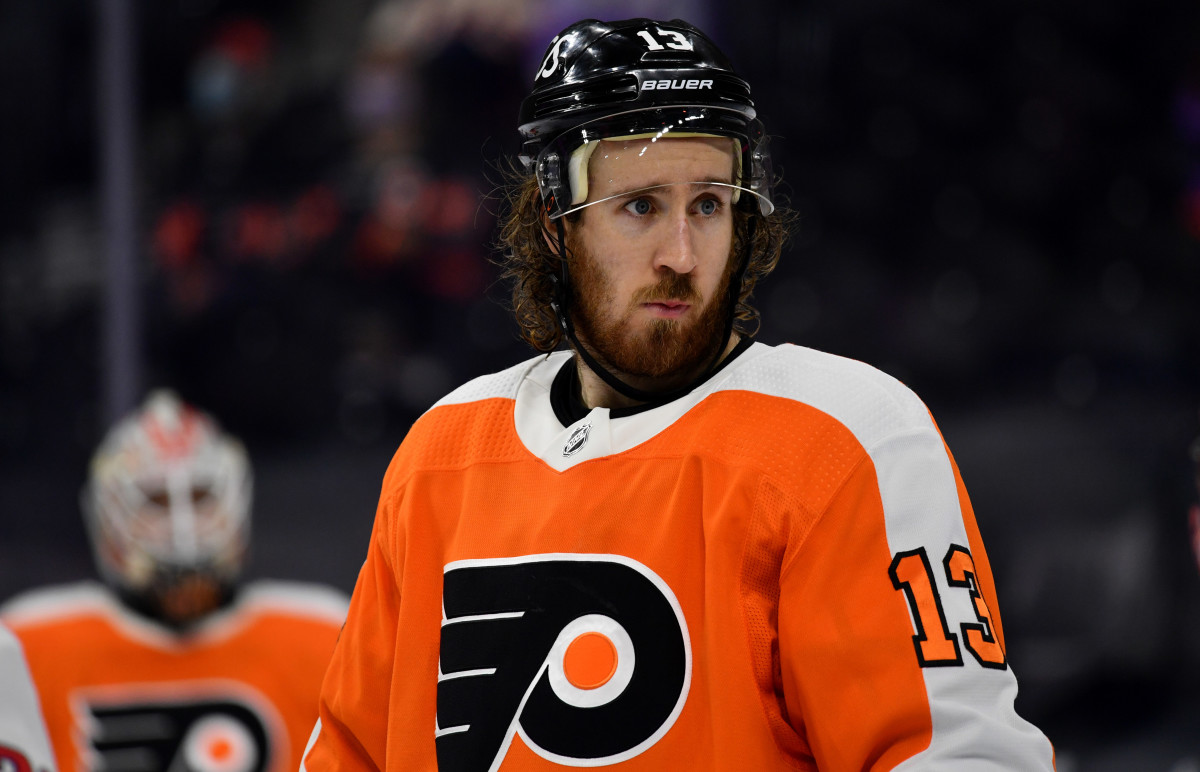 While there have been many amazing captains throughout NHL history, few teams had a captain as dedicated and spectacular as the Flyers’ Claude Giroux. His departure in March 2022 to the Florida Panthers, and subsequent trade to the Ottawa Senators in July 2022 nailed home the fact that the Flyers would never be the same again.

Giroux brought comfort to the Flyers and their fans, being that steady rock to rely on throughout his career and keeping the Flyers somewhat afloat in the standings with his skills. But all of that changed on March 19th, 2022, when Giroux was traded to the Florida Panthers along with a 2024 5th-round pick, Connor Bunnaman, and German Rubtsov in exchange for Owen Tippett, a 2024 first-round draft pick, and a 2023 third-round pick.

He made his debut with the Panthers in a March 24th road game against the Montreal Canadiens, scoring two assists in a 4–3 victory. He scored his first goal with his new team in an April 5th game against the Toronto Maple Leafs, where the Panthers rounded up to a 7–6 victory in overtime after a 5–1 struggle in the second period. Giroux finished the regular season with 3 goals and 20 assists in 18 games, while the Panthers finished first in the league and won the Presidents’ Trophy.  Entering the 2022 Stanley Cup playoffs as one of the favorites to win the round and possibly even the cup, the Panthers faced the Washington Capitals in the round one.

Giroux played a pivotal role in the series-clinching win in Game 6, leading the team past the first round for the first time in a quarter century. In the second round matchup against the Tampa Bay Lightning, the Panthers were swept in four games, bringing the postseason run to an end. Giroux’s effort extended past the Flyers, and even contributed to the Panthers’ regular and post-season success, albeit limited due to a second round exit.

After this second round exit, Giroux would leave the Panthers for a better start in Ottawa. On July 13th, 2022, Giroux signed a three-year, $19.5 million contract with the Ottawa Senators. The signing came in the midst of a number of major moves by the Senators organization after years at the bottom of the league that generated new excitement, as in the past major free agents of his calibre were considered unlikely to join the team. This will boost Ottawa’s performance greatly in the following seasons and we can all hope Giroux’s future will be full of success and possibly even a Stanley Cup.

Following his tenure at Boston College, Kevin Hayes signed his first professional contract with the New York Rangers in 2014 instead of the Chicago Blackhawks. He played five seasons in New York before being traded to the Winnipeg Jets in exchange for Brendan Lemieux and two picks in the 2019 draft. After finishing the 2018–19 NHL season with the Jets, the Flyers acquired Hayes on a seven-year, $50 million contract in 2019. In the first year of his new contract, Hayes was the recipient of the teams’ Gene Hart Memorial Award as the player who displays the most “heart”.

When the NHL returned to play following the start of the pandemic, Hayes was one of the 31 players invited to Toronto for the 2020 Stanley Cup playoffs, playing on a line with Scott Laughton and Travis Konecny. He recorded six assists against the Montreal Canadiens in the first round of the playoffs and scored one goal in game six to advance to the second round. The Flyers fell to the Islanders in the second round of the Eastern Conference playoffs and Hayes finished the playoffs with four goals and nine assists.

Hayes was named an alternate captain for the Flyers in the 2020–21 season, rotating the position with Voráček on away games, with Ivan Provorov serving as home alternate, and Couturier returning as permanent alternate. After a strong offensive start to the season, Hayes’ performance began to slow, and he was disappointed in his “average year”, telling reporters, “I want to help the team every single night and I feel like I haven’t done that as much this year.” Hayes finished the season with 12 goals and 19 assists in 55 games of the pandemic-shortened season, and was second on the team with 127 shots.

The 2021–22 season proved difficult for Hayes, as he had to deal with a blood infection and the aftermath of multiple surgeries. As well, his brother Jimmy passed away in August of 2021 due to a drug overdose. Despite these obstacles, Hayes was able to play 48 games, recording 10 goals and 21 assists. He was named a finalist for the Bill Masterton Memorial Trophy, awarded to the player who “best exemplifies the qualities of perseverance, sportsmanship and dedication to hockey.”

Hayes is best known for his short-handed abilities, both in managing the penalty kill and in scoring short-handed goals. Hayes is also known for his close relationship with ex NHL head coach Alain Vigneault, with whom he worked on the Rangers and Flyers.

Hayes credits Vigneault with his development as a professional hockey player, saying, “I think I entered the league as an offensive guy and A.V. kind of turned me into a 200-foot player and an NHL guy. At the time, I don’t know if I was super excited about it—fast-forward six years and I couldn’t be more happy with where my game is at.”

These are all traits of someone worthy of being captain. Hayes has been around the game and the team long enough to make an impact and has a solid playing performance as well. At 6’5, Hayes is a physical presence in a checking role, a complementary wing in a top-six role and a power-play presence because of his shot.

He also has the size to play in the corners and the skill to set up in the slot. Hayes is worthy enough, with this evidence to possibly be considered as the Flyers captain. Whether this will happen is unclear and there are many teams in the NHL without a captain. But the Flyers definitely need one and I think they can find a solid choice in Kevin Hayes.