Could The Golden☆Lovers Meet Again? 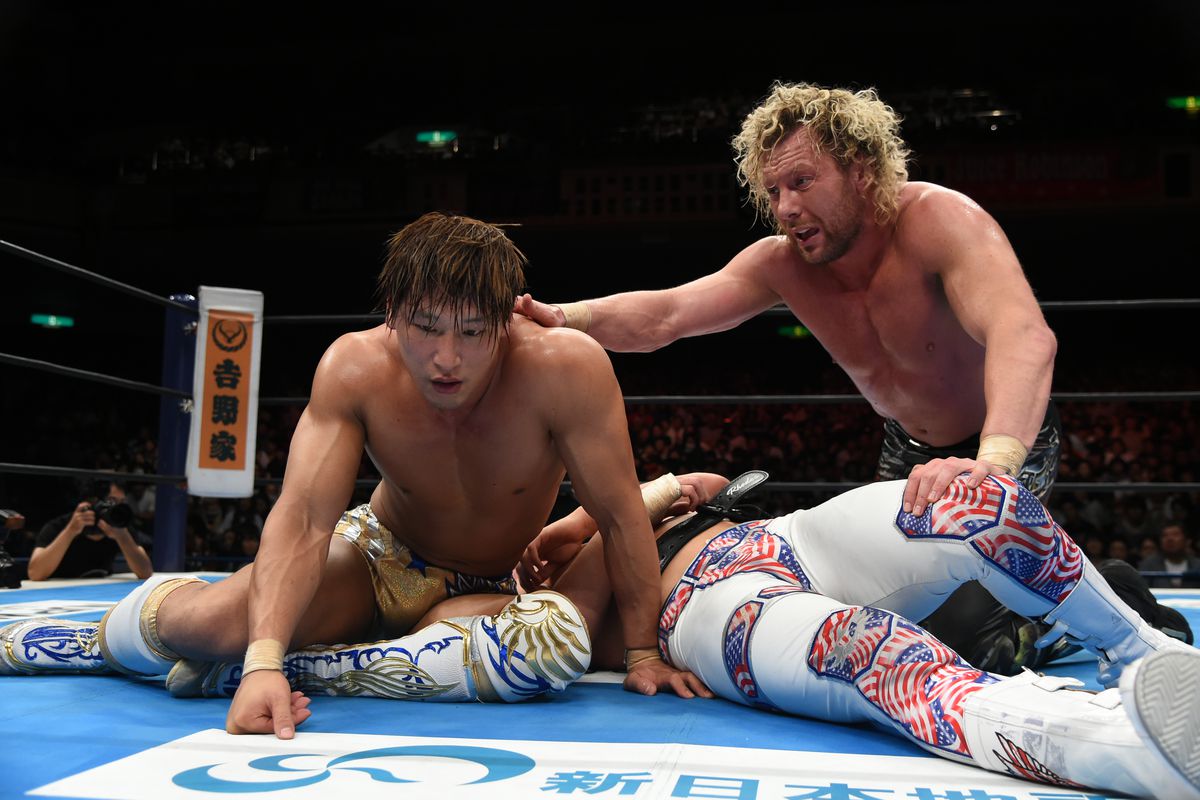 A tag team formed in 2009 at a Japanese promotion called Dramatic Dream Team (DDT) would come to be known as the “Golden☆Lovers.” Kenny Omega and Kota Ibushi were the two partners who made up this team. The pair were best friends and had incredible chemistry together. Their minds and bodies were on the same track as they defeated top level talent all across the country.

The Early Years of The Golden☆Lovers

After establishing themselves as one of the best tag teams in Japan, they moved over to New Japan Pro-Wrestling (NJPW) in 2010. Later that year, they won their first International Wrestling Grand Prix (IWGP) Junior Heavyweight Tag Team Championship. In 2014, the team broke up amicably when Omega signed full time with NJPW. Ibushi also worked with New Japan, but there, he was a heavyweight. Wanting to let his best friend, Ibushi, forge his own path, Omega decided to end the team. Omega would compete for the IWGP Junior Heavyweight Championship in single’s competition. Ibushi would also fight solo but his aims was the IWGP Intercontinental Championship, held by Shinsuke Nakamura.

The Reunification of The Golden☆Lovers

It was a few years before Ibushi and Omega would team up again as the Golden☆Lovers. It happened after Omega was dethroned as the leader and kicked out of Bullet Club in 2018. The man who attacked Omega was none other than Cody Rhodes. Ibushi ran into the ring and broke up the assault, saving his best friend. After a moment of tension, the two embraced in the center of the ring to a thunderous roar from the NJPW faithful. The Golden☆Lovers would fight against Cody who had a tag team partner of his own and came out victorious. They then would battle the Young Bucks and again emerge the victors.

The Young Bucks and the Golden☆Lovers remained a unit for the rest of their time in NJPW. Omega and the Bucks left to form All Elite Wrestling (AEW) in 2019. Recently, fans thought it was just a pipe dream that the Golden☆Lovers could reform. That was until KENTA kicked down the “Forbidden Door” and appeared on AEW television. That appearance opened the idea for the two promotions working together. Many of the top names in AEW have worked in NJPW, including Jon Moxley who is the current holder of the IWGP United States Championship.

The Battle of Omega vs. Ibushi

All that leads us to where we are now. The current AEW World Champion, Kenny Omega, appeared on IMPACT on March 24. There he, alongside Don Callis, he cut a passionate promo. In which, he stated how he was bigger than a variety of wrestling legends, and by name said he was “bigger than Ibushi.” The sand Ibushi who was his tag team partner and best friend. The same man he wrestled with in the Golden☆Lovers. The same person with whom he won the IWGP Junior Heavyweight Tag Team Championship.

Kota Ibushi has been making quite the (phoenix) splash in Japan. Now, he currently holds the IWGP Heavyweight Championship and the IWGP Intercontinental Championship which he won January 4 this year at Wrestle Kingdom 15. He is undoubtedly at the top of the division in Japan. Ibushi consistently puts on fabulous matches. There is no wasted movement in his kickboxing fighting style. As one of the best wrestlers in the world, he could wrestle a doll and make it a great match.