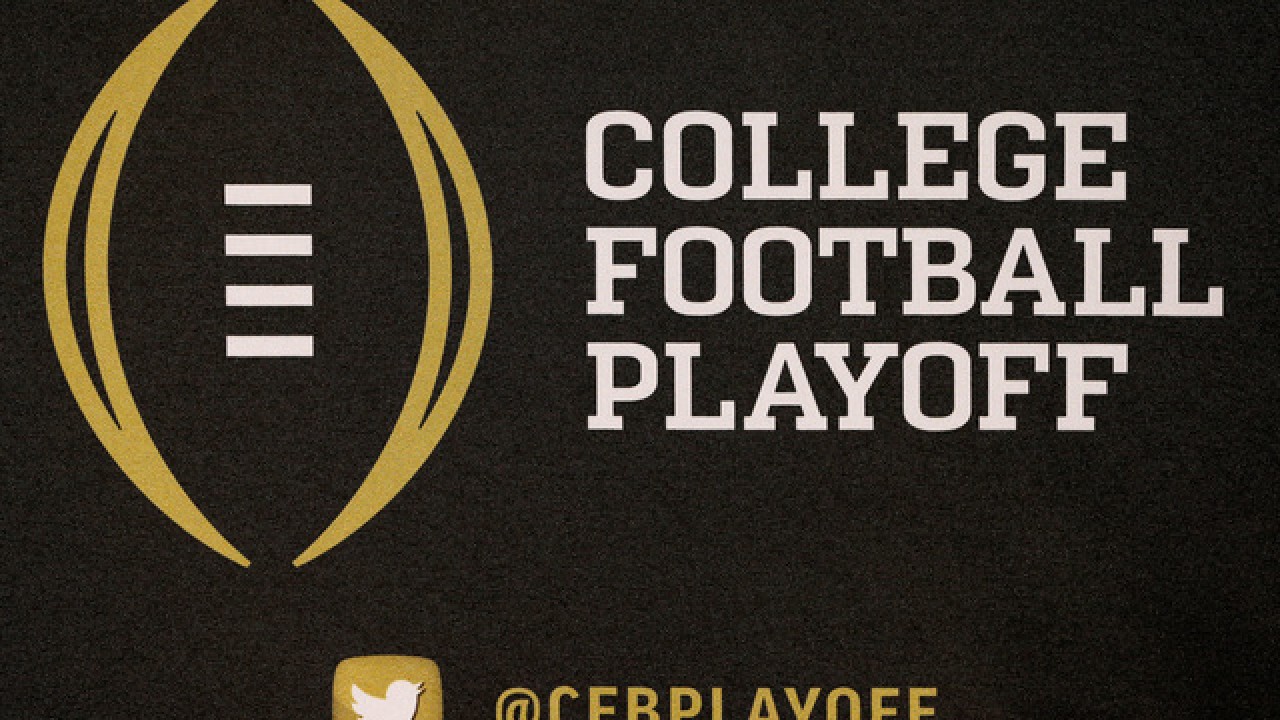 ‘Tis the season for the College Football (CFB) Bowl Mania. There are a total of 40 Bowl games to be played, but only three are forced to the forefront thanks to the CFB Playoffs. Those three games are the Peach Bowl, Fiesta Bowl, and the National Championship Game. Nevertheless, Bowl season is the culmination of the effort, blood, sweat, and tears that every member of every team has expended in every game played so far this season. 130 college football teams worked hard to build their resumes and put in their bid to cement their status as one of the top four teams in the nation, so that they can have the chance to win the National Championship.

Each CFB team’s fate is put in the hands of the CFB selection committee. The CFB Playoff selection committee is tasked with evaluating teams and is instructed to place an emphasis on winning conference championships, strength of schedule, head‐to‐head competition when comparing teams with similar records and pedigree (treat final determination like a tie‐breaker; apply specific guidelines), and comparative outcomes of common opponents (without incenting margin of victory). (https://collegefootballplayoff.com)

The committee has spoken and the best four teams in the nation are The LSU Tigers, Ohio State Buckeyes, Clemson Tigers, and Oklahoma Sooners. The semi finals are set to be played on December 28th. The Peach Bowl will host LSU vs Oklahoma, and will be played at Mercedes-Benz Stadium in Atlanta. The Fiesta Bowl will host the Ohio State vs. Clemson matchup in Glendale Arizona at the State Farm Stadium. The winners of their respective games will face off January !3th at the Mercedes-Benz Superdome in New Orleans.

LSU had a magical run this season, and the best résumé among the four teams in the playoffs. They went undefeated (13-0) with impressive victories against Texas, Florida, Auburn, Alabama, and Georgia in the SEC championship game. Evolving their offensive philosophy gave the LSU Tigers an edge on the competition this season. The days of them employing the ground and pound backed with a great defense are over. Head Coach Ed Orgeron decided to go with the spread offense, which thrusted QB Joe Burrow in the Heisman conversation. Burrow threw a record breaking 48 touchdowns this season.

The Ohio State Buckeyes also finished the year undefeated (13-0) and challenged the LSU Tigers for the number one team in the nation title. The Buckeyes were nothing short of dominant, leading the nation in margin of victory (36.2 points per game). The Buckeyes were so dominant this season that they have two Heisman finalists in Justin Fields and Chase Young. Transfer QB Justin Fields was taylor made for Ohio State Buckeye football, being that he is a dual threat QB. Fields accumulated a total of 2,953 passing yards, 471 rushing yards, 40 passing touchdowns (3rd), 10 rushing touchdowns, and finishing the year with a QBR of 92.4 (3rd). Also opposing offenses have to deal with the nightmare that is DL Chase Young, who lead the nation in sacks (16.5).  He will be a top pick in the upcoming NFL draft.

The Clemson Tigers got the nod as the third-best team in the nation. To be honest they have been the most disrespected team in the CFB playoff. This has all to do with their strength of schedule. The knock on this team is that their only quality victory came against Auburn. There were also rumblings about them not being worthy of a playoff spot because of their extremely weak schedule. There is no way that the committee could have snubbed the defending champs because they beat all of the teams that were put in front of them, and they cannot control who they play against. It will be interesting to see if they can prove that they are still the team that destroyed top ranked Alabama in the championship game last year.

The Oklahoma Sooners are the Cinderella team that was invited to the dance. Everyone loves a redemption story and the Big 12 champions have one of the better stories in all of College Football this season. QB Jaylen Hurts has the biggest redemption story in recent memory. He lost his starting job in Alabama to the uber-talented Tua Tagovailoa, transferred to Oklahoma and lead the country in yards per pass attempt, yards per completion, points responsible for and touchdowns accounted for, and was named a finalist for the 2019 Heisman Trophy. The Sooners’ head coach Lincoln Riley is officially the QB whisperer. He and Oklahoma University has sent five players to the Heisman finalist ceremony in the last four years. Hurts is joining QB Baker Mayfield (finalist twice), WR Dede Westbrook and QB Kyler Murray.

Ranking football teams is an art, not a science, meaning the committee is met with a lot of criticism from angry fans and over critical sports anchors. While there is a criteria set in place to pick the top four teams in the nation, human nature is a factor in this ranking and the inevitable eyeball test will always play a role in the decision making process, whether the committee would like to admit it or not. Instead of being butt hurt that the CFB Committee snubbed your team, just sitback and enjoy the show.

LSU faces off against the defending champions in the championship game. LSU wins by a score of 36-28.