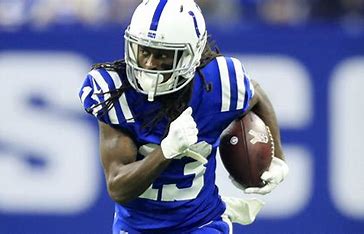 The Dallas Cowboys have had a busy week in signing free agents. On Tuesday the Cowboys signed veteran wide receiver T.Y. Hilton. This signing truly came as a surprise to the whole NFL because of all the talk about them acquiring Odell Beckham Jr.

The Cowboys have also signed veteran defensive tackle Anthony Rush to their practice squad. This move comes after the Cowboys placed DT Johnathan Hankins on the IR who will most likely not be healthy until playoff time.

Dallas’ latest signing of the week is cornerback Trayvon Mullen who was claimed off the waivers earlier today.

Hilton Signing, What Does It Mean For OBJ?

T.Y. Hilton will come in and immediately impact this offense. Hilton is a proven veteran that has been waiting on the right team to call his phone to get back on the field. The four-time Pro-Bowler had 23 receptions, 331 yards, and three touchdowns last season for the Indianapolis Colts.

Hilton is not expected to come in and be the number one option like he was in Indianapolis most of his career, he will most likely serve as a three-receiver behind Ceedee Lamb and Michael Gallup. He also will bring veteran leadership which will help the young receiver room as the playoffs are looming.

“I think I can bring veteran leadership,” Hilton said in an interview today. “My job is to help these guys as much as I can. Right now, I just want to concentrate on staying in the playbook. I’ve been studying the past two days, probably 15 hours [a day], just getting this thing down.

Hilton also has stated he is in great shape still and is focused on learning the playbook so he can help in any way possible. So, how does this late-season signing affect Beckham Jr., and where he’ll end up?

This week alone two out of three teams that OBJ is choosing from signed a veteran receiver. The Buffalo Bills signed Cole Beasley one day after the Hilton signing. It has been said that Beckham Jr. would not be ready to go until playoff time. With that being said, that is why these playoff contenders went out and signed players that can make an immediate impact and get familiar with the offense.

Jerry Jones commented on OBJ and the interest that they still have, “We wouldn’t have been interested in Odell had he not had the talent. I think it’s fair to say that he’s an outstanding receiver… he’s as you well know, not ready to play. He’s a receiver that I think would fit any time. There’s going to be continued interest in Odell.”

So, as far as improving the receiver room in Dallas, there’s still time to make it even better. This is a situation that will be interesting to monitor going forward as the weeks in the NFL season tick down.

The Cowboys’ defense has been depleting quickly this season. They have lost CB Jordan Lewis, CB Anthony Brown, and DT Johnathan Hankins who have all been valuable to their success.

DT Anthony Rush was signed to the practice squad today and will look to make his way to the 53-man roster. Rush had seven tackles in four games for the Atlanta Falcons this season. The 6-4, 360-pound lineman will try and fill Hankins’s role on the defensive line until he returns.

CB Trayvon Mullen was cut by the Arizona Cardinals today and the Cowboys claimed him off the waivers as soon as they could. The former 2019 second-round pick has recorded one pass deflection, one forced fumble, and 13 tackles for the Cardinals this season. He also has four career interceptions.

The Cowboys are extremely thin at the corner position and are hoping Mullen can contribute in the secondary. Last week the Cowboys signed 2016 second-round pick Mackensie Alexander to their practice squad. It is obvious that the Cowboys need more depth and help on the back end with two starters having their seasons end due to injury.

Alexander is familiar with Cowboys’ senior defensive assistant George Edwards who was the Minnesota Vikings defensive coordinator when Alexander played there. He has three interceptions and 32 pass deflections in his career.

It’s relieving that the Cowboys are making moves this late in the season. They are addressing their needs before the playoffs which seems unfamiliar to Dallas fans. They know this could be their year to seriously contend for the Super Bowl in the conference that can truly be won by less than a handful of teams.

I like the Hilton signing a lot. He is a proven veteran and has always been described as a great locker room guy. That is always an extra plus to a player especially one that can contribute on the field. It’ll be interesting to see if they actually add OBJ to the mix come playoff time.

I also have hope that one of the cornerback singings can revive their career on this defense. You can say what you want about Anthony Brown having an off season, but he was a key part of the defense’s success in the secondary.

The Cowboys need to win out and hope the Philadelphia Eagles lose another game so that they could possibly win the NFC East and attain the number one seed in the NFC. Each snap will matter even more from here on out for the rest of the season. How will the Cowboys finish their season?

Josh Uche Is Having A Breakout Year!
Jets Bright Future