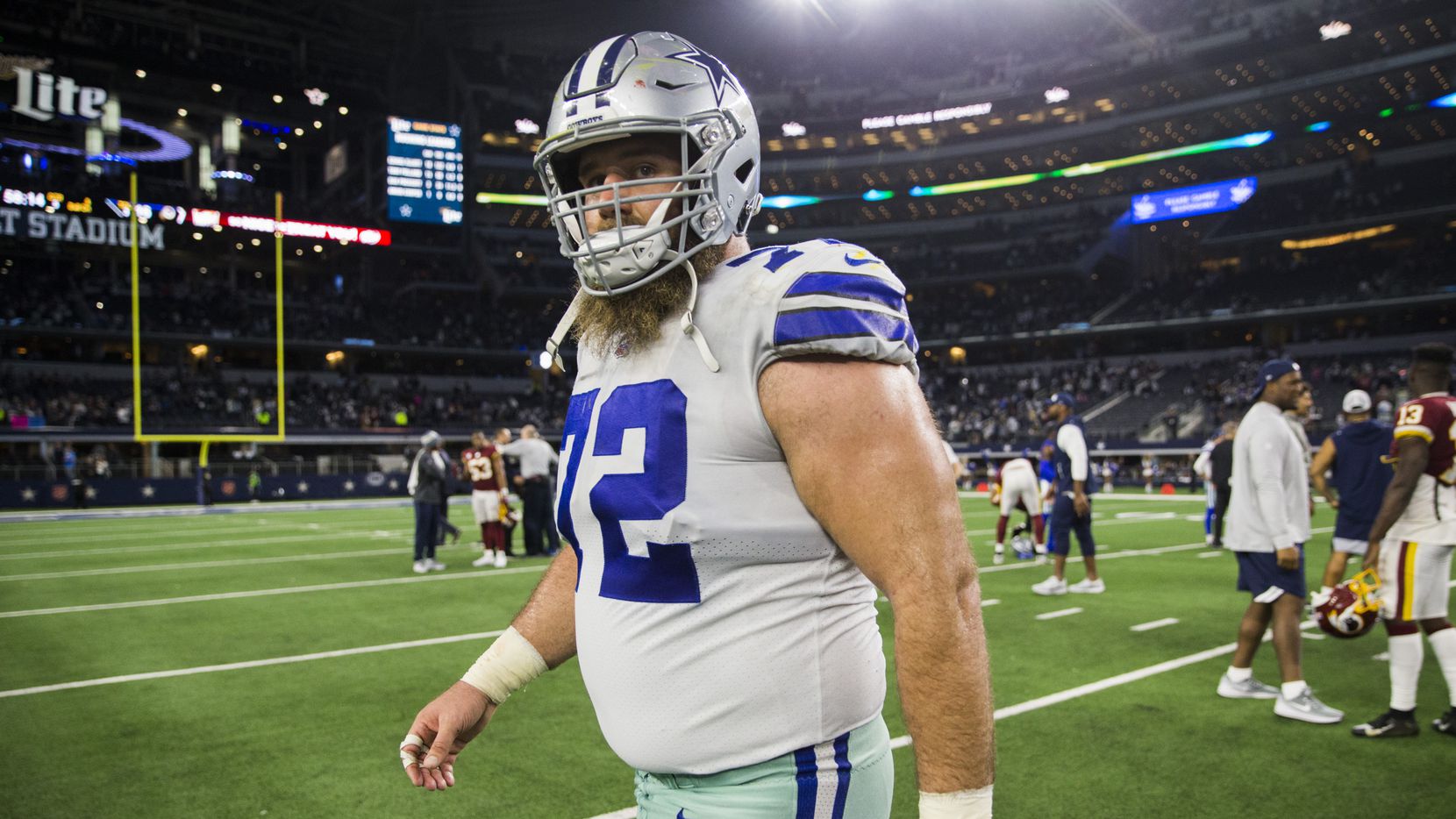 Add another name to the list of NFL players who surprisingly retired before they were expected to. Travis Frederick, the leader of one of the best offensive lines in football, announced his retirement on Monday, March 23. Frederick joins former players such as Calvin Johnson and Andrew Luck as guys who shocked their fan bases by retiring at a relatively young age. Frederick was a member of the Cowboys for seven years and six seasons. The reason he missed a season was due to his development of Guillain-Barré Syndrome, a possibly fatal condition in which the immune system attacks the nerves.

Frederick’s retirement is not as shocking as say, Andrew Luck’s was a year ago, it can be understood why he might want to hang his cleats up and focus on his family after experiencing an illness like that. In a post on Twitter in which he announced his retirement, Frederick says:

“Football is risky. Each day, players go to work knowing this could be their last day playing. Facing the potential end of my career because of my illness forced me to imagine life after football. I had to prepare for my career potentially ending. Some players fear life when it no longer revolves around football; the moment one stops playing the sport to which one’s identity and dreams have been tied to for 20 years. After months of contemplation, I not only accepted that moment, but I also, surprisingly found myself welcoming the moment. I was ready for the next stage of my life; however, the competitor in me would not accept going out without returning to the field.
I made my return to the field, played well overall, and was selected to the Pro Bowl, but it was a difficult year for me. Each day I faced a struggle: I could no longer perform at my highest level. Playing “well” is not what I expect of myself and is not what my teammates deserve. Because of this, I know my days as a football player are done. I am proud of what I have accomplished in my career, and I walk away with my head held high.”
The year that Frederick had to take off due to his illness had a huge impact on him, both mentally and physically. One cannot blame him for looking after himself, and the most important thing to remember at the end of the day is that he is walking away from football when he wants to; which will save him the worry of being plagued by injuries the rest of his life.
The question at the forefront of every Cowboys fan’s mind, though, is who will replace Frederick, a player who helped solidify the Dallas offensive line as one of the best in the game. In his career, Frederick did not miss a single game (except for the year he was out with Guillain-Barré Syndrome), was selected to the Pro Bowl in five seasons, and selected to the All-Pro team once. These are some big shoes to fill, and Cowboys fans everywhere are waiting with nervous anticipation to see who steps in at center during the upcoming season.
The most obvious choice for this role is of course Joe Looney, given that he has already stepped in for Frederick when he was out for the year with his illness. Looney started all 16 games that year during the 2018 season, and helped Dallas finish 10-6 and win the NFC East. To go along with that, Dallas finished tenth overall in rushing that season.
Although, that season was not a complete success for the Frederick-less offensive line. It is hard to replace a player like Frederick due to his expertise in communication and call-making. This was evidenced by Dallas’s offensive line giving up 56 sacks that year, which placed them at 31st in the league in that category.
Despite all the sacks, Looney performed quite well for someone who had the starting role pushed on him just a few weeks before the season started. He has performed well enough in his career that Dallas has signed him to three contracts, including one last week which keeps him with the team for at least one more year. This, along with the fact that he is the only player on Dallas’s roster to have started an NFL game at center, are clear indicators that it will probably be Looney taking over the starting role this season.