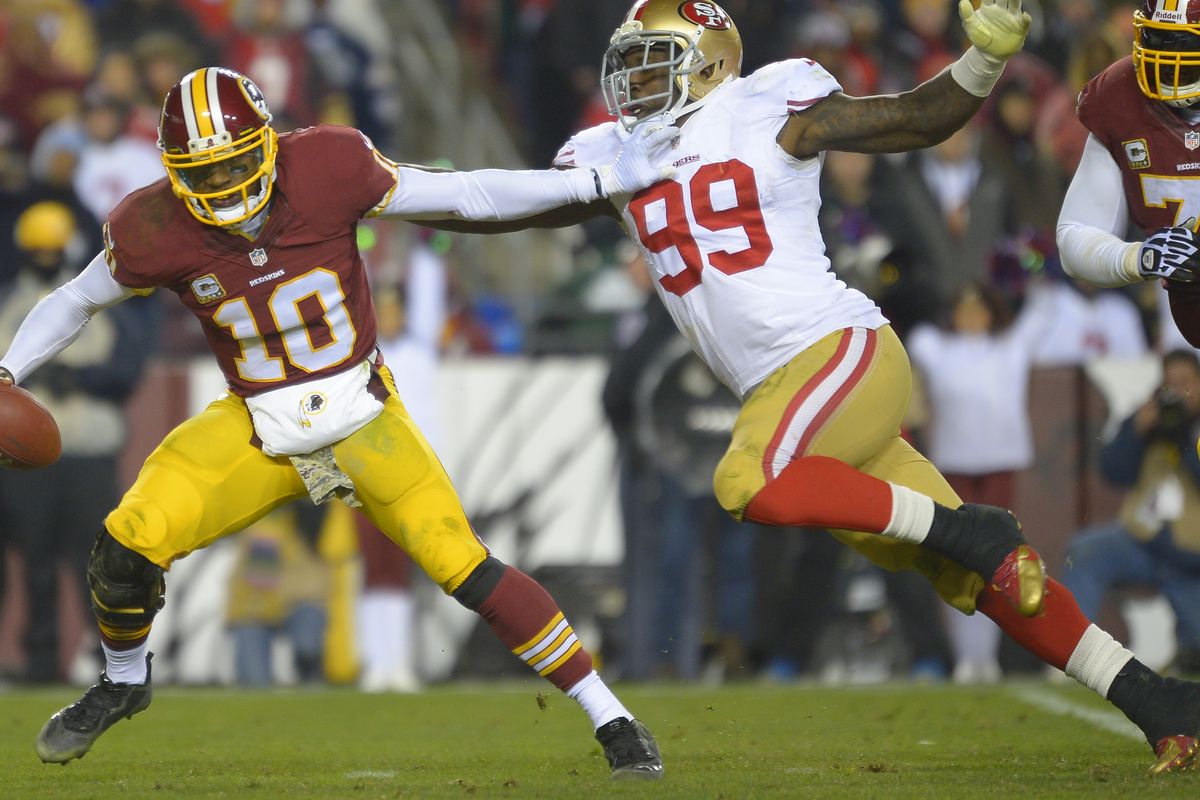 The Dallas Cowboys are giving the one-time All-Pro a chance to revive his playing career after being plagued by off-the-field issues in the early years of his career. The deal could be worth up to $4 million, reportedly.

The 30 year old pass rusher has not played a snap in the NFL since 2015, when legal and substance abuse issues led to him being suspended. Smith is now clean and sober though, and is in the process of being reinstated back into the league.

On Instagram Wednesday night, Smith posted a photo of himself signing his contract with the Cowboys with the caption, “Life is good. I’m thankful. I’m blessed. I’m a Cowboy.” It is apparent that Smith is ready to leave his troubled past behind him and forge a new path in the NFL with the Cowboys.

This is not the first time that Cowboys owner and GM Jerry Jones has gambled on a player with a troubled past. Going all the way back to 1992, when he signed Charles Haley, the troubled defensive end out of San Francisco who was integral in helping the Cowboys win three Super Bowls in the 90’s.

More recently, Jones has rolled the dice on players such as Rolando McClain, Greg Hardy, and Randy Gregory, all of whom have had their fair share of off-the-field issues including arrests and suspensions. Jones has had varying levels of success with each troubled player he has brought in and Smith hopes to be the latest who can prove that he has put his past away and can focus on football.

It also should be noted that Smith already had connections to the Cowboys prior to signing his contract. He had his best statistical seasons under current defensive line coach Jim Tomsula when they were both with the 49ers. In 2012, the year Smith was named an All-Pro, he recorded 19.5 sacks. This is fantastic news if you are a Cowboys fan, given the recent departure of Robert Quinn.

Hopefully, a reunion with Tomusla is just what the doctor ordered for Smith, who will be playing in his first NFL game since November 15, 2015 this season. Cowboys fans are praying that is the case, as a defensive line with DeMarcus Lawrence and a reinvigorated Smith as the book ends would spell disaster for opposing quarterbacks.