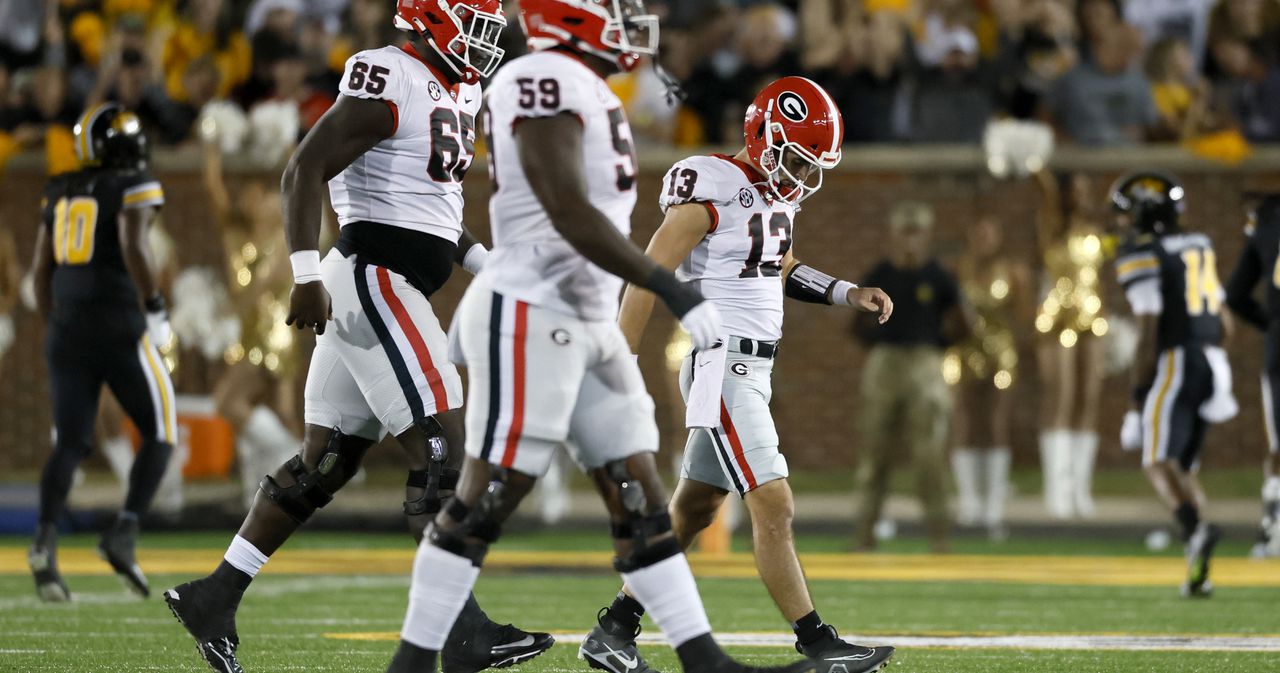 The SEC seems to get stronger every week, and the PAC 12 is trying to prove to the country they play real football out on the west coast. Ten different schools from CP’s week five Top 25 suffered a loss last week, five of which were to an unranked opponent. Some heavy favorites were pushed to the final minute to pick up the win (Georgia, I’m looking at you). How long will Bryce Young be out after a shoulder injury against Arkansas? Ohio State faking a punt up by a billion against Rutgers was apparently necessary. Greg Schiano sure disagreed with the decision!

In Week 5, CP’s Top 5 again managed to make it unscathed on Saturday. Georgia managed to pull out a victory over Missouri 26-22, even though it felt like the Tigers were in control of the game from the opening kickoff. Alabama lost Bryce Young to a shoulder injury giving Arkansas a glimmer of hope. The Razorbacks cut the lead to 28-25 in the third quarter before Alabama backup quarterback Jalen Milroe shook off his freshman’s nerves and helped the Tide to a 49-26 victory. Ohio State and Michigan both won, making it look easy. USC capped off Saturday night with a PAC12 after dark win over Arizona State 42-25.

Oklahoma State won the rematch of last year’s Big 12 Championship game against Baylor 36-25. In Oxford, Ole Miss defeated Kentucky in an instant classic 22-19. The Rebels defense showed up, allowing 328 yards of offense to Will Levis and the Kentucky offense. In ACC action, Clemson improved to 5-0, defeating NC Stae 30-20, and Wake Forest had a huge road win over Florida State 31-21. Georgia Tech won over Pittsburg 26-21 just days after firing Head Coach Geoff Collins. USC isn’t the only undefeated school in LA now, with UCLA knocking off Washington 40-32. TCU pounded Oklahoma 55-24 to set up a game of the undefeated this Saturday against Kansas. Kansas will host College Gameday for a football game for the first time.  What does week 6 have in store for us? Here is CP’s Week 6 Top 25.