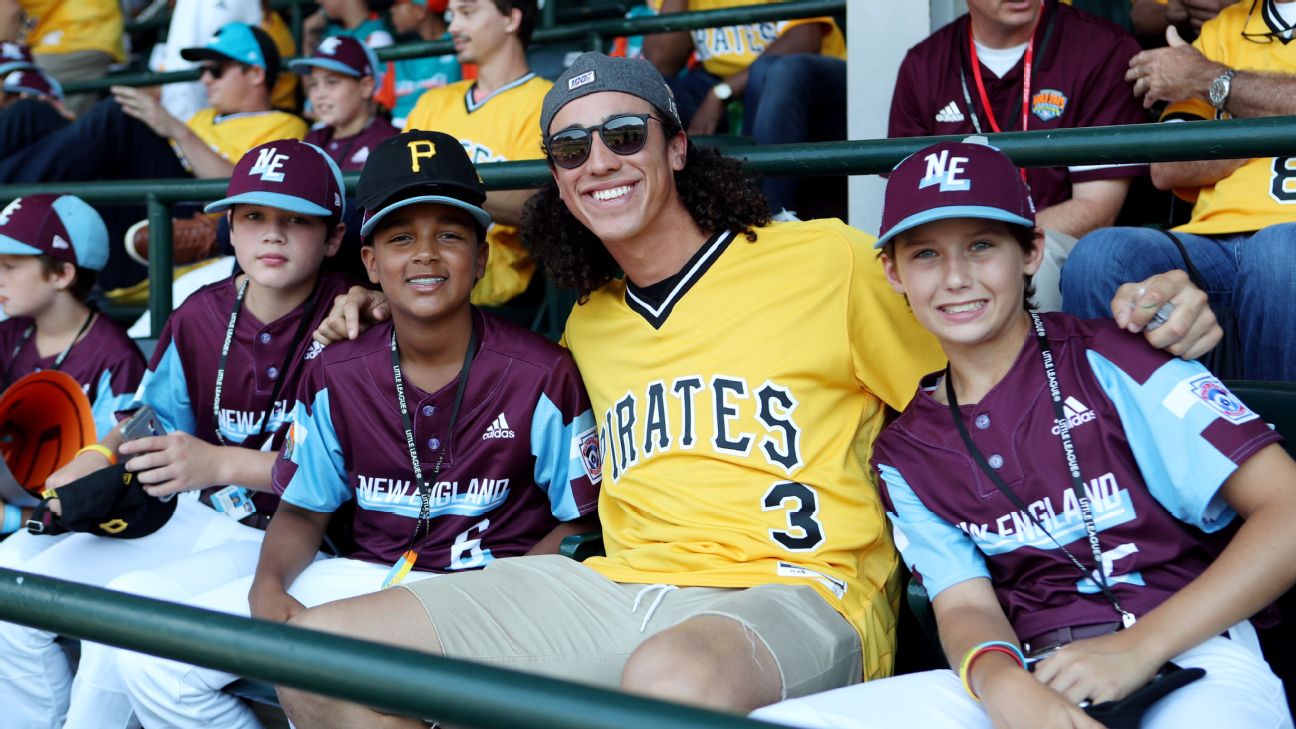 The summer time is viewed as a slow period in sports to many sports fans because the NBA is in hibernation due to their offseason and the NFL is doing their morning stretches in their preseason. However, the show must go on and The Little League World Series (LLWS) is one of the biggest sports events that occur in the summer.

A number of Little League teams throughout the world consisting of 10-12 year old boys and a few girls compete to be one of the 16 teams, eight from the United States and eight from other countries, to reach the LLWS.  Because the teams that participate in the LLWS are from all over the world, many different languages and cultures collide on the diamond. One of the greatest features of the LLWS is the fact that there aren’t any language barriers because everyone speaks the language of baseball.

Another great feature of the LLWS is that two Major League Baseball (MLB) teams are invited to hang out with the very talented young baseball players and play in a game called the Little League World Series Classic. This year the Chicago Cubs and the Pittsburgh Pirates were invited to the LLWS. This is a special feature of the LLWS because the Little Leaguers get a chance to meet their favorite players. Also most of the players on the international teams have not experienced a MLB game and the LLWS grants them that experience. Not only does this experience benefit the kids, but the Major Leaguers also get to participate in the fun.

The MLB schedule is a 182-game grind and August is a tough time for the Major Leaguers because this is when teams are jockeying for playoff position. The Pittsburgh Pirates with 51 wins and 72 losses sit at the bottom of the National League (NL) standings, but the Chicago Cubs with 66 wins and 58 losses are in the thick of the wildcard race. The Cubs currently sit in the second wildcard spot, two games ahead of the Milwaukee Brewers. Both the Pirates and the Cubs benefitted from the experience. Being around the Little Leaguers and their families reminded them that baseball is a kid’s game and brought to mind why they fell in love with the game.

The Major Leaguers seemed to be drunk off euphoria. Cubs star player Anthony Rizzo and manager Joe Maddon both took part in the greatest LLWS tradition in sliding down the hill that resides past the homerun stands. The smiles on their faces indicated they were having as much fun as the children. Ultimately, the Cubs defeated the Pirates 7-1 in the Little League World Series Classic. The Cubs might have benefitted the most from their LLWS experience because they played hard like children do, both on and off the field. Maybe this experience is what they needed to relieve the pressure of another pennant race and to ride this momentum into the playoffs.