Cy Young on horizon for Darvish?

The 2020 season was fittingly a roller coaster season for the Chicago Cubs. They jumped out to the team’s hottest start in over 50 years by going 10-2 to begin the David Ross era. Several key hitters suffered prolonged slumps that just never ended and ultimately the offensive woes proved to be Chicago’s doing. After managing to win the NL Central for the first time since 2017, the Cubs were shockingly swept 2-0 at Wrigley Field by the supposed bottom-feeding Miami Marlins. 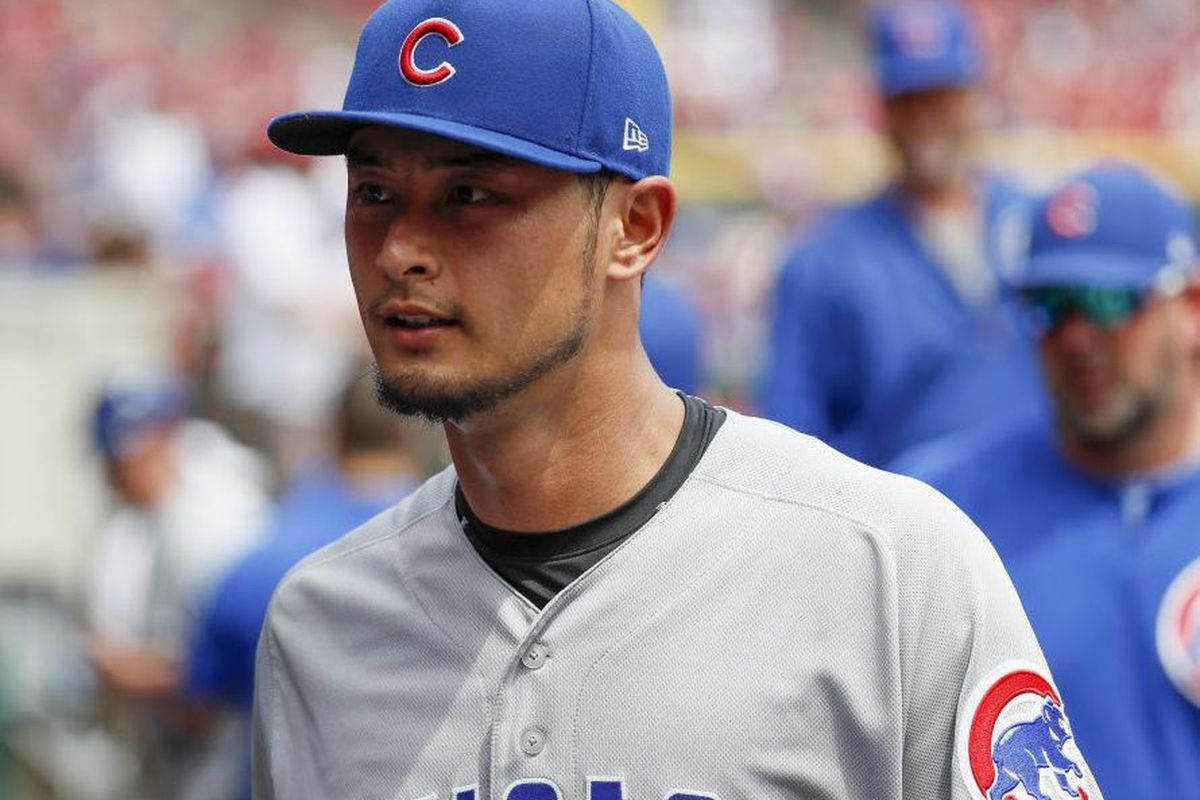 The 2020 season was fittingly a roller coaster season for the Chicago Cubs. They jumped out to the team’s hottest start in over 50 years by going 10-2 to begin the David Ross era. Several key hitters suffered prolonged slumps that just never ended and ultimately the offensive woes proved to be Chicago’s doing. After managing to win the NL Central for the first time since 2017, the Cubs were shockingly swept 2-0 at Wrigley Field by the supposed bottom-feeding Miami Marlins.

In the flurry of the chaotic season some Cubs fans may be overlooking a key storyline. Starting pitcher Yu Darvish had an amazing season and he could very well be named the 2020 NL Cy Young winner. The Cubs ace dominated his way to a 2.01 ERA, a 0.96 WHIP, 93 strikeouts in 76 innings and career best control to the tune of 1.7 walks per nine innings pitched. Not to mention he also became the first Japanese-born pitcher to lead the MLB in wins, with eight.

Darvish’s terrific season means all the more considering his struggles at the begging of his tenure with the Cubs. The ace came to Chicago on a six-year $126 million contract before the 2018 season and struggled immediately, racking up a 4.86 ERA before being shut down for the year after only 40 innings pitched. In 2019, he was much better, particularly in the second half but he still only recorded a 3.98 ERA on the season. Darvish has always been one of his own harshest critics and prior to the 2020 season, he was determined to deliver more for his team.

The only negative thing to be said about Darvish’s Cy Young chances is how great some of the other candidates were. New York Mets ace Jacob DeGrom is looking to win his third straight NL Cy Young with a 2.38 ERA, a 0.95 WHIP and a league leading 104 strikeouts. As has been the issue for DeGrom, he only has four wins to Darvish’s MLB leading eight. Winning the division has historically resulted in bonus points towards a CY Young resume and the Mets missed the playoffs, tying the Washington Nationals for last place in the NL East.

Cincinnati Reds starter Trevor Bauer had a phenomenal season as well. He led the NL with both his 1.73 ERA and 0.80 WHIP. He also recorded 100 strikeouts in 73 innings pitched. Despite these elite statistics, Bauer only managed to pitch to a 5-4 record. His Reds did make the playoffs for the first time since 2013, but they did so as a wild card team.

ERA is a good measure of a pitcher’s performance, but it doesn’t always tell the whole story. “Earned” runs aren’t always necessarily the pitcher’s fault. When balls are put in play, randomness tends to follow. Wind can take off, fielders can get bad reads or just be old and slow, great defenses may inflate numbers and an ERA may not reflect the things a pitcher really has control over. Fielding Independent Pitching, or FIP for short, removes batted balls from the equation and focuses solely on strikeouts, walks, hit-by-pitches, and home runs.

Yu Darvish led the NL with a 2.23 FIP. By comparison, Trevor Bauer had a 2.88 FIP, a 1.15 run increase from his ERA. DeGrom was closer with a 2.26 FIP, but the wins hold him back. Wins Above Replacement, or WAR, is regarded as one of the best overall measures of a player’s value. It measures how many more wins a player is worth in comparison to a replacement level player at their position. Darvish led all NL pitchers with 3.0 WAR. DeGrom trailed with 2.6, WAR as did Bauer with 2.5 WAR. Leading this key category could indicate that Darvish was the most valuable pitcher in the league.

Max Fried also deserves to be mentioned in the NL CY Young conversation as well, but an early-September back spasm sent him to the IL and limited him to 56 spectacular innings on the season. The young Atlanta Braves lefty went 7-0 with a 2.25 ERA (and a 3.10 FIP), a 1.09 WHIP, and 50 strikeouts.

So, when will we know who wins? The NL Cy Young will be decided by the Baseball Writers’ Association of America and announced with other MLB season awards in November. Darvish is a four-time all-star, but he would certainly love to add a CY Young trophy to his resume too. For what it’s worth, Sports Betting Dime lists Yu Darvish is the odds-on favorite to win the Cy Young at (+110).

Exit Velo #51: Takeaways from the League Championship Series
Which Bullpen Arms Should The Mets Sign For 2021?