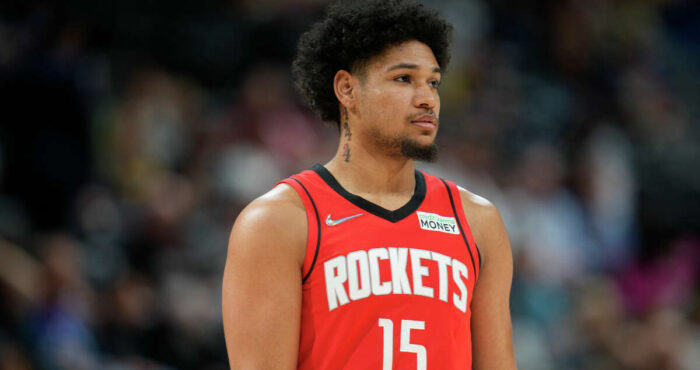 Houston Rockets backup guard Daishen Nix has had an underwhelming start to the season so far. In 18 games, Nix is playing nearly 15 minutes, averaging only 3.2 points, 1.4 rebounds, and 2.2 assists per game on a putrid 34% from the field.  In most cases, offensive numbers for a bench player don’t necessarily dictate to their contributions on the team. Their role could be the player that does the little things in games.

Nix doesn’t contribute in other impactful ways. Per advanced stats, the backup point guard has a -0.1 in win shares with a player efficiency rating of 6.7 (PER). For reference, the average PER in the league is 15. His offensive plus minus is -3.8, especially when he attempts to facilitate the basketball. On defense, it’s not much better, as he displays a defense plus minus barely over zero.

The Rockets are a staggering plus 7 points better when Nix is off the court. When he’s on the court, Houston is -1.4 points per 100 possessions.

Nix has struggled as the backup since joining the Rockets last season from their G-League affiliate Rio Grande Vipers. Although all of these issues he hasn’t been able to fix is a problem, consider his upside. Aside from his field goal percentage, Nix is shooting 40% from deep on 2 attempts per game.

While it’s a small sample size, it’s a drastic improvement from his 27% three-point percentage last season. If coach Stephen Silas continues to give him minutes, he should prioritize Nix’s three-point shooting ability more. Based on his play, Nix has great ball handling skills. The problem is he doesn’t know how to facilitate the second unit, especially when the “Goon Squad” is on the floor. Nix is often seen immediately giving up the basketball at the top of the key or attempting to drive to the basket, eventually turning it over. 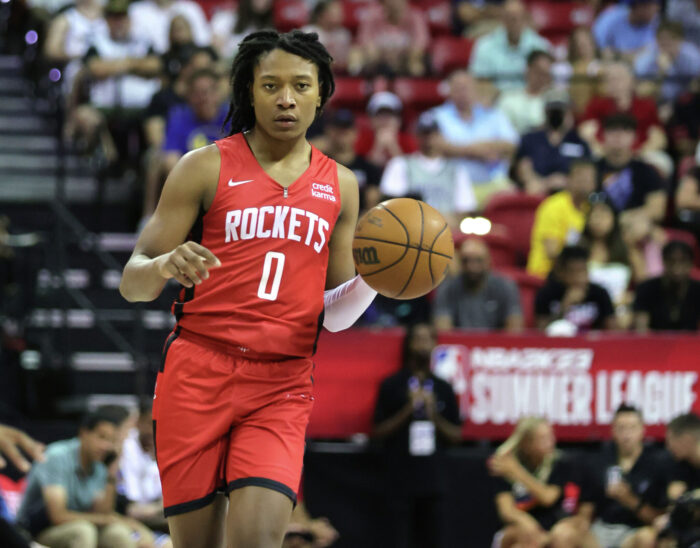 It’s clear Silas needs to make a decision after 18 games with the backup point guard position. Consider TyTy Washington. A rookie guard picked up as the 29th pick in the 2022 draft, Washington struggled to get minutes on the Rockets early in the season. This sent him to the Houston G-League Affiliate Rio Grande Vipers. Since getting sent down, Washington has been on fire.

In eight games, TyTy has averaged 20.4 points and 5.4 assists in 32 minutes, including a 31 point performance several days ago. His shooting splits have been 48%/38%/88%, nearly close to a 50/40/90 season in the G-League. Should his streak of dominance continue, expect him to be back on the Rockets rotation as their backup point guard.

Daishen Nix probably needs more time to develop his game in the G-League. His court presence on the Rockets is causing more failed possessions on the offensive end, leading to more lost games. This causes chemistry issues within a young roster, which prolongs a rebuild. At only 20 years old, he still has time to fix his issues. On the other hand, Washington appears more NBA ready and is capable of distributing the basketball in addition to making plays for himself.