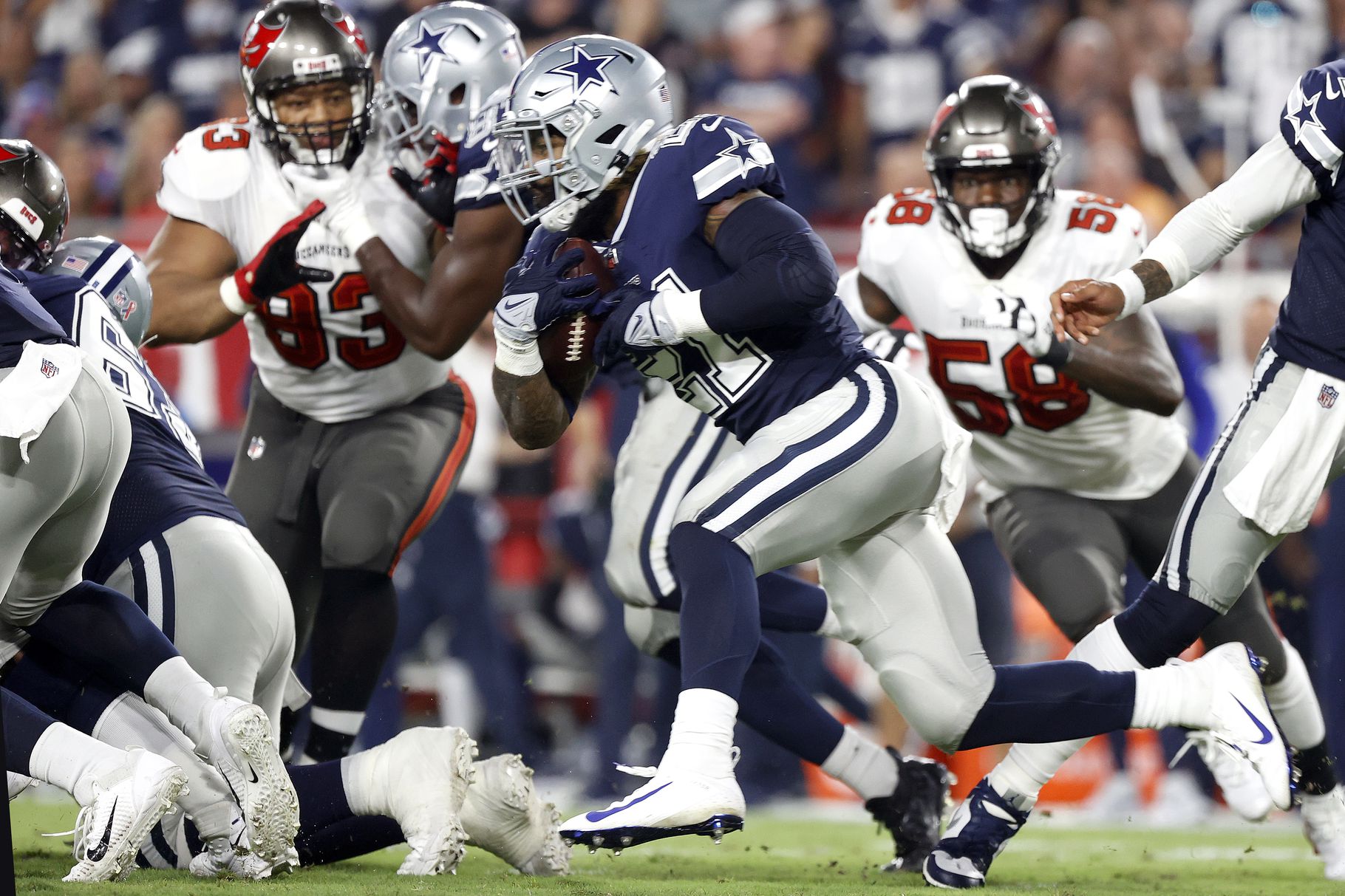 The Dallas Cowboys suffered their first loss of the season to the Tampa Bay Buccaneers on Thursday night.

A last-second 36-yard field goal from Ryan Succop gave the Buccaneers a 31-29 lead with just two seconds remaining on the clock, landing them the win.

Although the loss was disheartening, there was still a lot to like from the Cowboys in the season opener.

Beating the defending champions would have been a nice touch to the team’s efforts, but that shouldn’t detain from all the things the Cowboys did well.

In almost every aspect of the game, the Cowboys showed noticeable improvement from last season.

Here’s a look at a few positives Dallas can take away from their Week 1 effort.

In spite of the loss, the Cowboys still managed to come out of Tampa Bay with a moral victory.

Dak Prescott delivered a fantastic and promising performance. If there were any doubts about him being able to return to form, they were quickly silenced. The 6th year quarterback hasn’t missed a step.

Playing in his first game in nearly a year, on top of an injured shoulder, Prescott excelled. He threw for 403 yards and three touchdowns on 42-58 passing, picking up right where he left off the 2020 season.

Being asked to throw the ball 58 times in a season opener is no small task, let alone it being the first game Prescott’s played since Week 5 of 2020. It didn’t seem to phase him at all, however. His postgame press conference was very telling of that.

“I didn’t plan on throwing it that many times, and no I never questioned my health,” he said. “I know all the work that I’ve put in over the offseason, through training camp, just everything. I expected to go out there and leave it all out on the field and do whatever I needed to do to help this team and give us a fighting chance.”

He did just that. Prescott performed beyond what anyone could have asked or expected from him. He not only showed that he was deserving of the contract given to him this offseason, but that he is back and ready to win football games.

The biggest surprise of the NFL’s season opener may just have been the heroics of the Dallas Cowboys defense. For a unit that was labeled as historically bad last year, Thursday night’s performance was a sight to see. They have already shown signs of improvement.

Although they were far from perfect, allowing 431 yards of offense and 31 points for the game, they managed to force four turnovers. Timely turnovers to be exact.

While one of those turnovers lacked any real significance and another was more so an offensive miscue than a good defensive play, the defense left its footprints on the game.

A forced fumble on Ronald Jones III after the Cowboys punted, along with forcing a Chris Godwin fumble just outside the RedZone which ultimately kept them in the game, were the highlights of the teams’ defensive efforts.

Even towards the end of the game, it could be argued the defense suffered the wrong end of a missed offensive pass interference call that likely would have won them the game.

Statistically, the unit may not have shown much improvement at all. The timeliness and effort of their play, however, goes without question as an integral part of the team’s success in the season opener.

Is there more work to be done on the defensive side of the ball? Without question. The unit still has a ways to go before they can have hopes of being a serious playoff competitor, but they are certainly on the right track.

Dan Quinn’s unit showed signs of life and heart, something that was absent for the entirety of the 2020-2021 season. If Quinn can capitalize on the defense’s performance from Week 1, the historically bad unit of 2020 may turn things around.