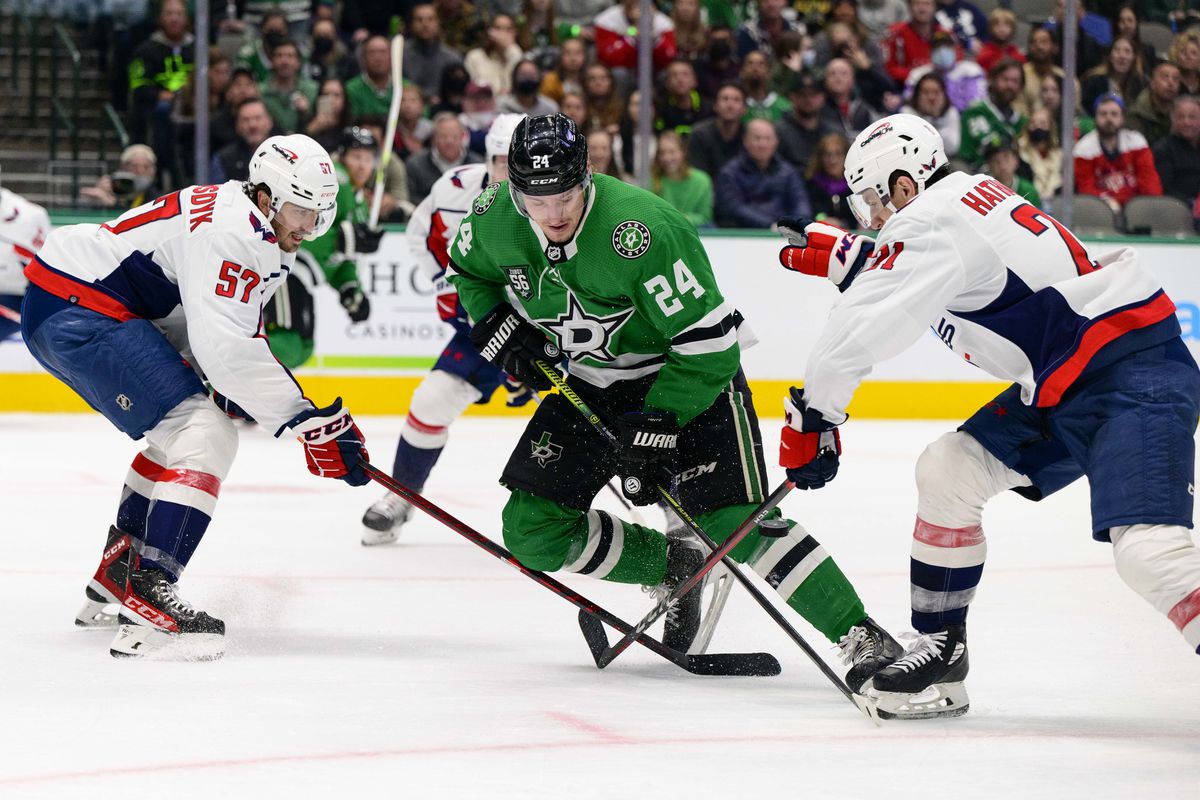 Over the past few seasons the Dallas Stars have gained a reputation of being a defensive minded, boring team. Well forget that, it’s a new era of Texas Hockey.

This season has brought on a new look for the Dallas Stars, while player personnel hasn’t changed much from the conclusion of last season. Behind the bench has, and with that came a new mindset. After former head coach Rick Bowness resigned in the offseason the Dallas Stars brought in Pete DeBoer, formerly of the Vegas Golden Knights. The change in coach has brought on a new offensive mindset. DeBoer coaches a faster more free flowing game, and it’s fitting the Stars rather nicely. Jason Robertson has been an electrifying talent, and the new style the team has is going.

The Stars have had an extremely impressive showing over the last week. With top defenseman Miro Heiskanen out for the last few games with an upper body injury. A theme in postgame interviews after their win Thursday against Washington was discussing how the hole of Miro has been filled exceptionally well. Especially Nils Lundkvist and Colin Miller.

The fourth line of the Stars has also been fascinating, Joel Kiviranta got his first shorthanded goal of his career and already his third goal of the season on an insurance marker against the Caps Thursday. Postgame Pete DeBoer praised how the fourth line is playing as of late. Generating scoring chances and and finding consistent pressure, even drawing penalties.

While the game to start the homestand against Washington went fantastic, the second game yesterday wasn’t as good. In fact it’s quite concerning. The Stars lost to the Rangers 6-3, the game unraveled after Jake Oettinger left the game with a lower body injury. Pete DeBoer said “It looked like he caught his skate, foot on the post”. The Stars haven’t given a timetable on his return, fans will hopefully know more on Monday.

While the team awaits news on Oettinger, they’ll have to prepare for the conclusion to their three game homestand. When they take on the L.A Kings on Tuesday.

The Big Blue Report: Trick Or Treat In Seattle, KT Traded, Looking Back Against The Jags And More!!
Lakers Struggles Continue, Fall to 0-5