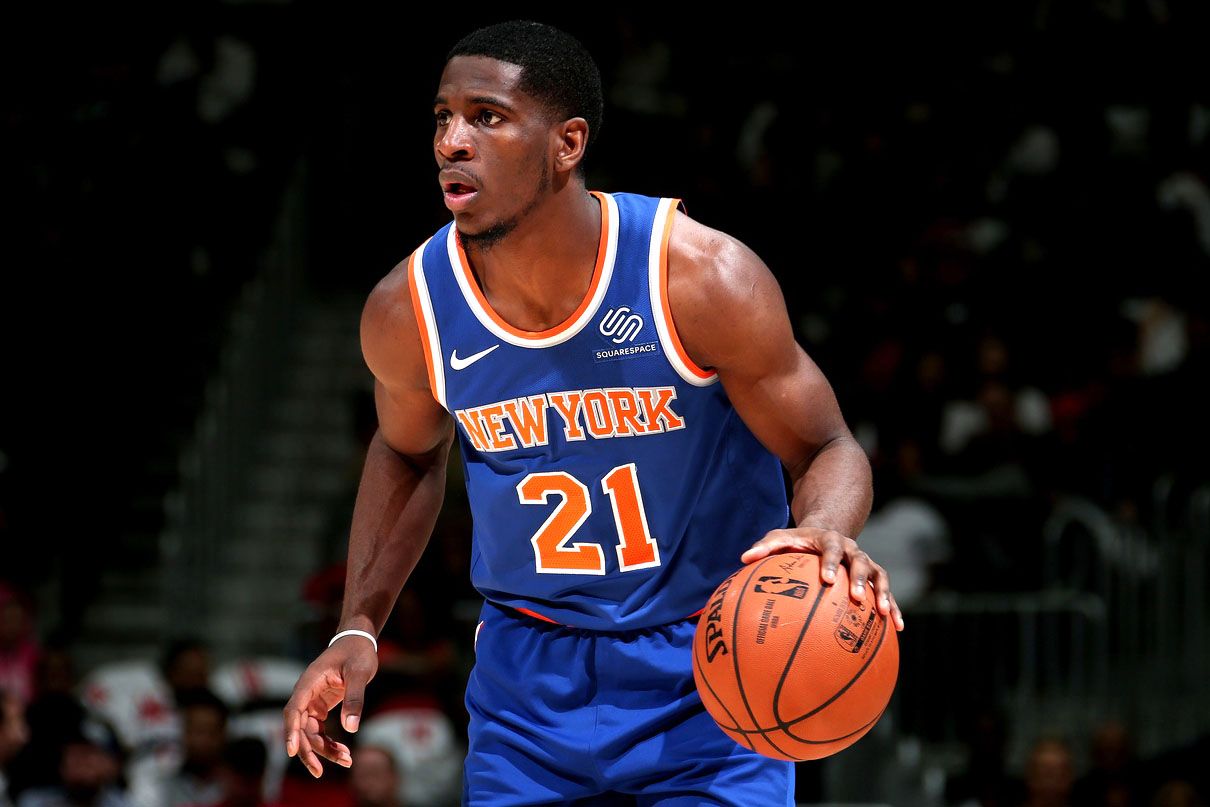 The Cleveland Cavaliers didn’t make a lot of noise this off-season. However, they did dip into the free agency well to pick up some much needed backcourt help. Enter Damyean Dotson, the fourth year guard out of Houston. Dotson had played the previous three years in the NBA for the New York Knicks. In his career with the Knicks, Dotson averaged 7.8 points per game, two rebounds, and one assist per game. Dotson also shoots 42% from the field, 36% from three, and 72% at the charity stripe. The Cavs signed Dotson to a muli-year deal at the end of November, after the Knicks did not make a qualifying offer.

Dotson was asked in the off-season if he was surprised the Knicks did not make a qualifying offer, “Surprised?’’ Dotson said on Zoom of the Knicks not making an offer. “I know it’s a whole new staff, management, coaches. The guys that drafted me, Phil Jackson, has been gone three years now. It’s a new wave. It wasn’t surprising.’’

Dotson is obviously very familiar with the New York area, and enjoyed traveling the city to get to Madison Square Garden. “I knew what street we were on and what street we were turning on to.” The fourth-year guard also said he’d never been to Madison Square Garden since last year. “I’m familiar with the Garden, but not coming into this entrance.” Because of the COVID virus, many teams and players are getting used to the new travel schedule and all the new pre-cautions they have to go through before a game.

Also unlike last year at the Garden, well for the majority of the season, there will be no fans, and only a couple media members and staff. Even Dotson admitted that playing in Madison Square Garden without fans will be weire. “I’ve done a lot of shoot-arounds with no fans, but to play a game with no fans in the Garden? The energy won’t be the same without fans.” Dotson and the rest of the NBA need to get used to playing with no fans, as it looks like they won’t have fans anywhere in the near future.

This will be the Cavs third game of the pre-season, and Dotson is making an impact. The Cavs swept the Pacers on Saturday and Monday, and Dotson even got the nod to start on Monday night. With injuries nagging Collin Sexton and Cedi Osman, plus the absence of Kevin Porter Jr. due to personal reasons, Dotson should get a lot of minutes, to lock down a spot in Coach J.B. Bickerstaff’s rotation.

With Wednesday night being the last Cavs pre-season match-up, Dotson will not be scared to look to score on his old team. With lead guards like Darius Garland, Collin Sexton, Kevin Porter Jr., and Dante Exum, Dotson will have to prove to Bickerstaff that he deserves a spot in the rotation. The Cavs take on the Knicks tonight at 7:30 Eastern Time, at Madison Square Garden. The Cavs won their two previous pre-season games versus the Pacers, 107-104 and 116-106.

This is a young team that really has nowhere to go but up. All of the young back-court players, rookie Isaac Okoro, and veteran big men like Andrew Drummond and Kevin Love, should be able to compete in a weaker Eastern Conference. Look for them to shore up the rotation and guys like Dotson to get a lot of minutes, to try and nail down a spot in the rotation.