Dana White Wants Holloway-Volkanovski III: “I think we have to” 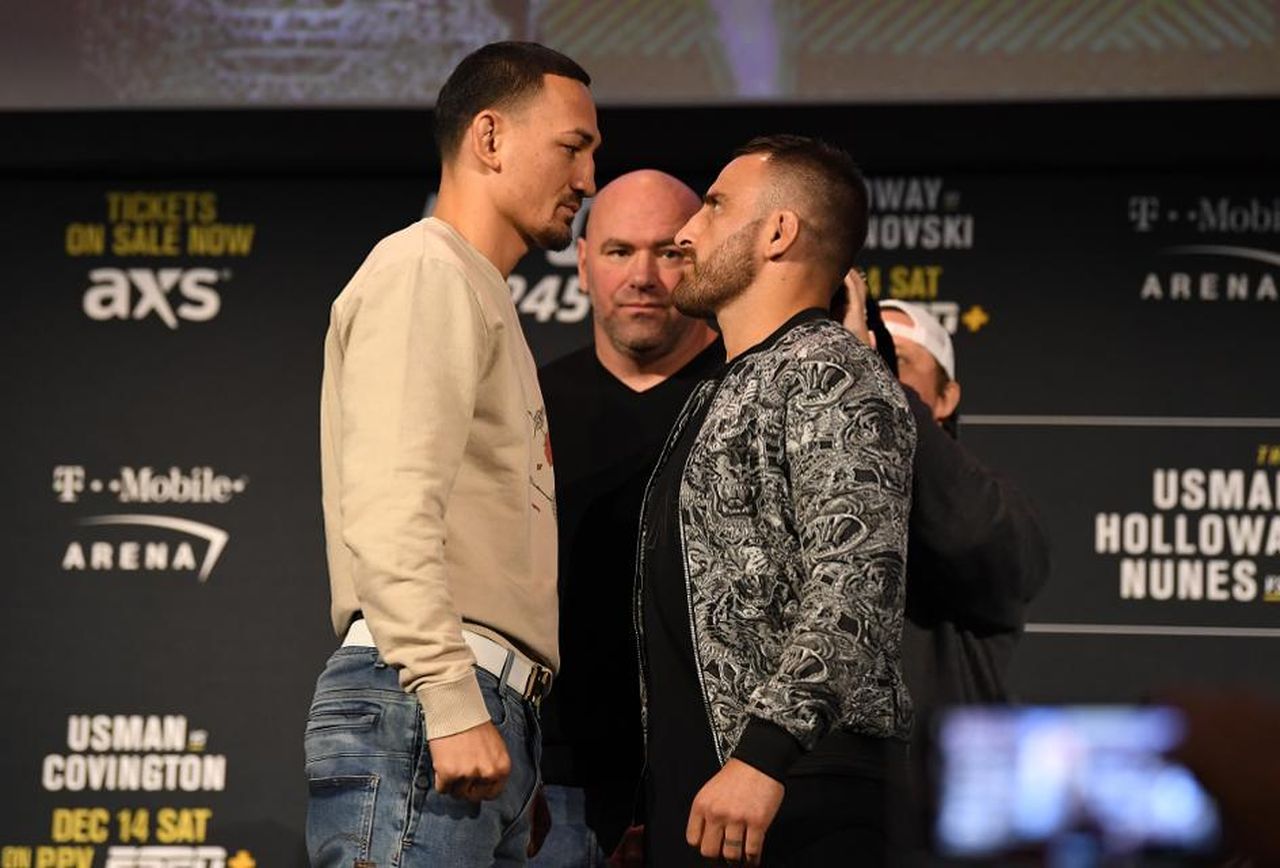 Max Holloway delivered the best performance of his career at UFC Fight Island 7. Breaking eight records in route to beating Calvin Kattar has Dana White on board for a Holloway-Volkanovksi trilogy – “I think we have to”.

Of course, that is depending on the outcome of Alexander Volkanovski’s clash with Brian Ortega at UFC 260. Holloway has clamored for a third fight with Volkanovski since the scorecards were read after their second meeting at UFC 251.

If Volkanovski defends his belt and beats Ortega in April, expect Holloway to be in the driver’s seat for the next crack at the champ. Perhaps a regular performance would have matchmakers consider other contenders when the time comes. Yet, Holloway’s record-breaking display has him a leg up over Zabit Magomedsharipov and Yair Rodriguez.

Take a look for yourself:

Holloway didn’t just break eight records, he shattered them. Also, consider the quality of boxer and athlete he was facing in Kattar. Never we will see Calvin Kattar get beat up like that again.

The man on the throne has stood firm in his belief that he beat Holloway both times – affirming that a third fight is unnecessary. Still, even he way impressed by Max’s performance at UFC Fight Island 7.

Then, he quickly reminded us of the scorecards from their first two meetings. In case we need some refreshing.

Honestly, there’s a compelling storyline no matter how UFC 260 plays out between Volkanovski and Ortega. Obviously, if the champ retains his belt, a third fight is intriguing after seeing how Holloway fought this weekend. If Ortega grabs the belt, expect him to welcome another chance at beating the great Max Holloway.

Basically, Max Holloway should take Khabib’s approach (not literally) and wait to see how UFC 260 unfolds. Then, campaign to face the winner.

We know that Holloway now has Dana White in agreement that he’s next in line. Even if it’s a third fight with Volkanovski – “I think we have to”.

HISTORY WAS MADE AT HARD TO KILL
AP Top 25 Poll: Kentucky, Duke, and North Carolina All Unranked – How we Got Here