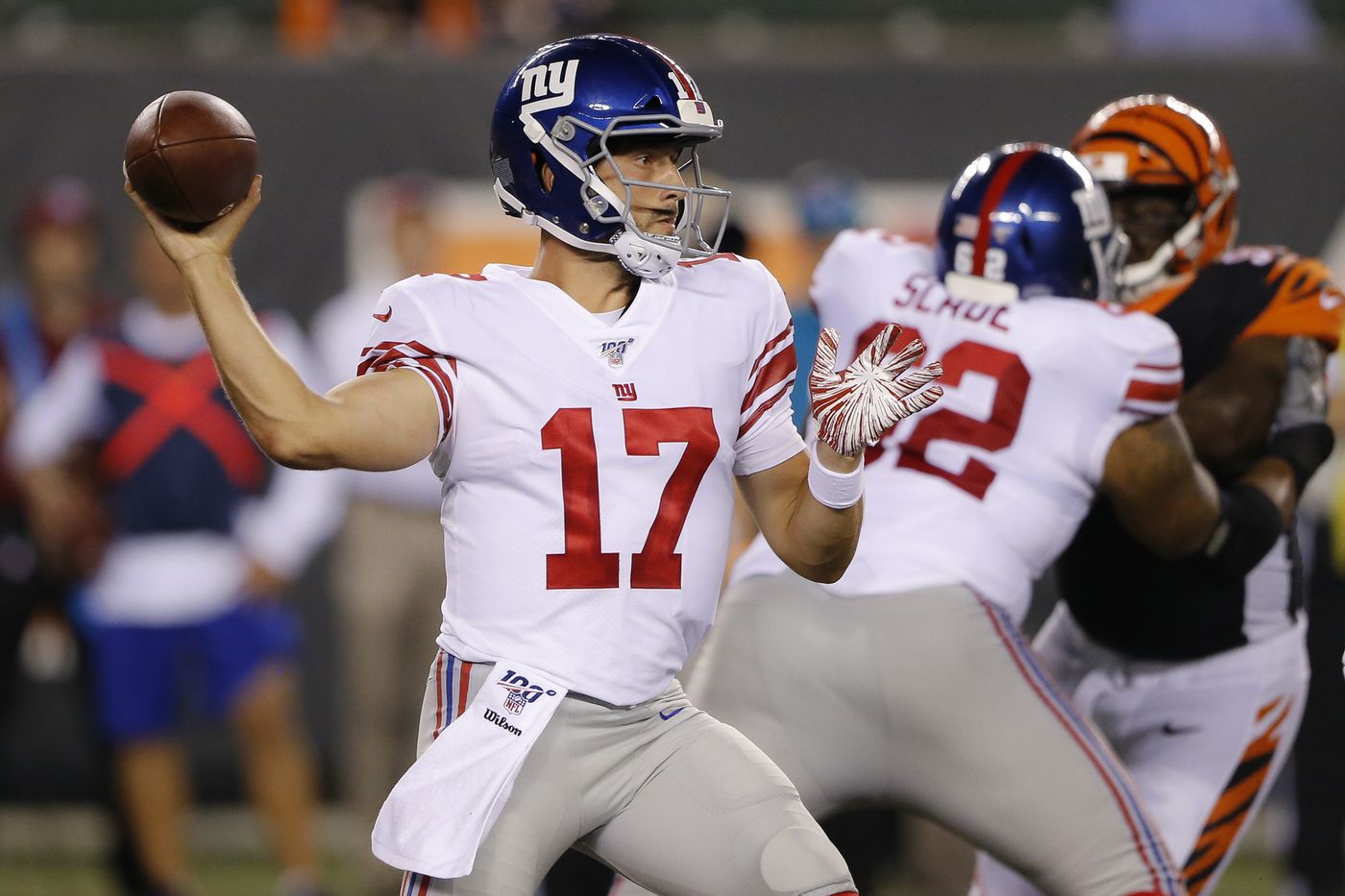 He played one series, but Daniel Jones finds away to amaze the media, fans and critics by finishing 4-4 with 47 yards including a picture perfect throw to Golden Tate against the New England Patriots. Jones played one series on Thursday’s Preseason finale.

Daniel Jones finished 29-34 for 416 yards with two touchdowns and sacked only twice. He became talk of the preseason which began the when will he play conversation.

As for the game, the Giants defeated the Patriots 31-29 in Foxborough after Kyle Lauletta led a 15 play 70 drive down the field which culminated in a 14 yard touchdown pass to Alonzo Russell.

Lauletta finished 22-47 for 247 yards and two touchdowns. With Jones playing one series, Alex Tanny and shared majority of the snaps for New York.

Saquon Barkley, Sterling Shepard, and Eli Manning all were dressed but were healthy scratches. Coach Shurmer decided to kee them out until the season opener against Dallas on September 8th.

This makes the end of Training camp and the real work begins for GM’s as they cut their rosters down to 53 players. The question for the Giants is where do they go with Jones?

Also will they keep Lauletta and Tanny? Who will make the cut on Saturday?

We will have complete coverage on Saturday of all the roster moves!!!