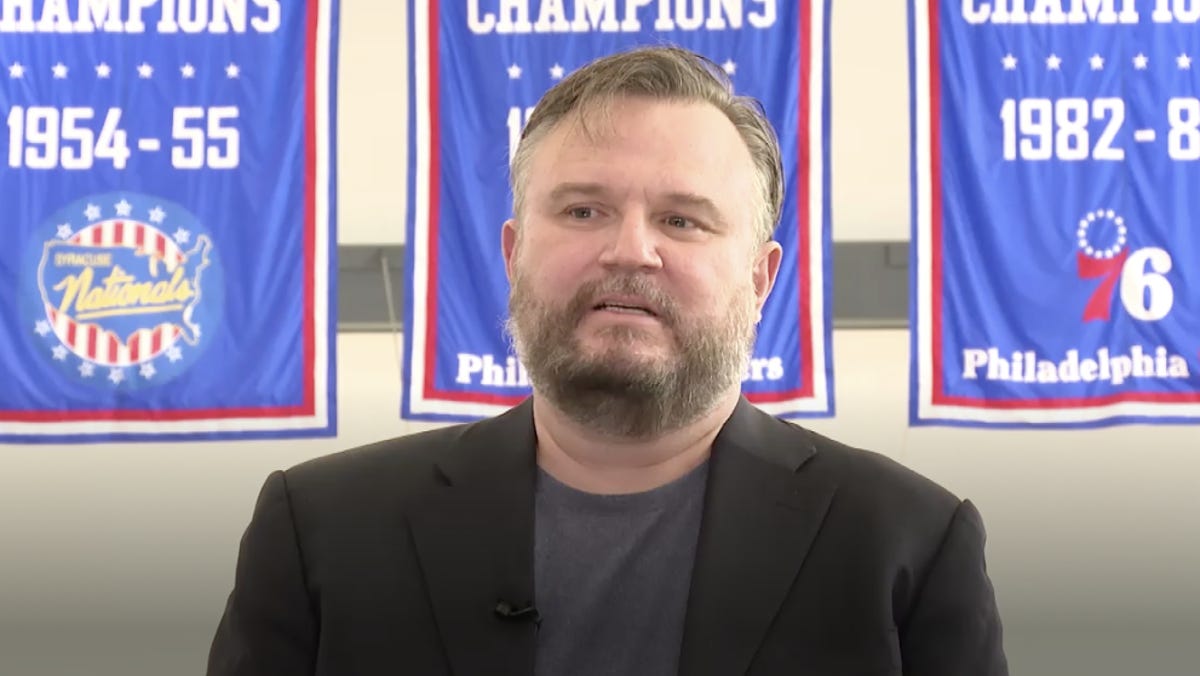 Barring some last minute moves like adding Demarcus Cousins or something, the Philadelphia 76ers’ roster for 2021 seems set. The last transaction that the Sixers’ President of Basketball Operations will make in his first year in charge was to trade Tony Bradley, Terrance Ferguson and two second round picks for George Hill and Ignas Brazdeikis. It was a restrained move, and we still aren’t sure how it will pan out as Hill is yet to suit up for the 76ers. At the end of the day though, it was one of many that Morey has made. When we consider all that Morey has done so far, how has he done in year one?

Getting Out of a Bad Situation

Let’s simplify this trade down a bit to get a clearer picture. Essentially, the trade was Al Horford and a 2025 first rounder for Danny Green. This trade was an absolute steal for two reasons. First and foremost was getting rid of Al Horford’s insane contract. Horford was a massive burden on the 76ers, who were paying him 27 million to score 11.9 points and get 6.8 boards. 27 million! Which they were on the hook for until 2022-2023!

The 76ers were in cap hell, and this move was the biggest culprit. No matter what you thought about Tobias Harris in 2019-2020, he was at least useful, Horford was not. The fit was awful, the contract was awful and this move looked like it would single-handedly doom the 76ers. Morey somehow got rid of that absurd contract, and only gave one 1st round pick in 2025 to do so.

Not only did he get rid of Horford’s albatross of a contract for very little, he even received Danny Green back, who has been an everyday starter for the 76ers. He’s recently stepped up his game to another level since the All-Star break. Green is averaging 13.7 points since that time, shooting a scorching 48.2% from three. He’s been the perfect fit on this team, shooting a lot of threes on great efficiency, opening space for the rest of the 76ers. He’s also been no slouch defensively. Green may have lost a step on that end, but he’s far from a liability.

Not only that, but Green has been a good leader for a rather young team. One of the most recent examples? He spurred the 76ers to a win against the New York Knicks on March 21. So in summation, Morey got rid of a bloated contract AND got the more useful player. Incredible.

Howard has been a really great signing for the 76ers. Starts (and recent ejections) aside, Howard has been doing an admirable job as a backup to Joel Embiid. He fulfills his role admirably, getting a ton of boards and generally being a strong inside presence. He’s slowed down recently, but for a while after Embiid’s injury Howard was averaging a double-double, including five straight games with 12+ rebounds. He still fouls too much, and perhaps talks too much, but he’s been an effective backup on basically a peanuts contract. Just don’t ask him to start.

There couldn’t really be another pick, as Maxey is the only one the 76ers’ three rookies to see any real playing time. Paul Reed did snag G-League MVP and has seen some minutes due to the lack of big men available though. Still, Maxey started off the year incredibly hot. Recently he’s taken a step back as his minutes have whittled down, and George Hill might replace him entirely. For a non-lottery pick though, Maxey has shown a lot to be excited about. So much so that earlier in the year giving up Maxey, even to get a superstar like James Harden or Kyle Lowry seemed risky because the potential Maxey displayed.

More than anything else, Maxey’s potential as a scorer has been his selling point. In his latest game against the Denver Nuggets he scored 13 points in just 15 minutes of play and was part of the unit that made the game close towards the end. Speaking of the Nuggets, who can forget his 39 point explosion in their first meeting? The 76ers may regret being too fond of Maxey, or they might have a future all-star on their hands. Only time will tell.

The fact that we don’t even know how this one turns out and it’s listed as the worst move should tell you how great a job Morey has done. The reason that it gets the worst designation is that the immediate fallout has been a bit rough. Trading Tony Bradley (who was starting in Embiid’s absence and doing pretty great) and not getting a big man back has left a major hole in the 76ers’ lineup. Dwight Howard getting himself ejected twice hasn’t helped obviously, but even when he’s able to play the other center spot is usually a disaster.

Morey didn’t need to make a panic move as Embiid is expected back this Saturday. It’s only a few games, but then again having no contingency isn’t a good look. Not only that, but George Hill, the piece they traded for, hasn’t played due to injury. Would the 76ers have beaten the Los Angeles Clippers or Nuggets with Bradley? Not necessarily, but it probably would’ve been closer.

Morey has done an absolutely fantastic job as President of Basketball Operations. Getting rid of Horford’s contract alone would’ve been enough, but he’s also made multiple other great moves. The Josh Richardson for Seth Curry trade wasn’t even mentioned until now, and that was also an excellent deal for the 76ers. The only misstep he’s made has been leaving the 76ers thin at center while Embiid recovers. One could also argue that Morey not going all in to get Kyle Lowry or a similar star was also a mistake, but the reported amount the 76ers would need to give up means it’s not clear cut at all. 76ers fans should feel incredibly optimistic about their future as long as Morey is in charge. He’s made all the right moves so far, and there’s nothing to suggest that won’t continue.