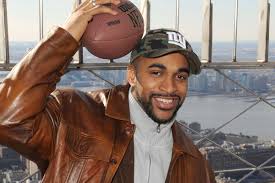 David Tyree hosted his annual Charity Bowl benefitting the Children of the City foundation at Lucky Strike in Manhattan on June 6.

The foundation “utilizes home visits to connect individual children and families with the programs and resources to empower them with the skills to overcome poverty,” according to its website.

Also according to the foundation’s website, founded in 1981, Children of the City has helped families through “trauma, academic frustration, drug abuse, delinquency and despair.”

Many current and former members of the New York Giants, including Olivier Vernon, Kareem McKenzie, Romeo Okwara, Jay Bromley, and the rookie class, including first-round pick Evan Engram and second-round pick Dalvin Tomlinson, got a chance to meet and bowl with many fans throughout the night.

The event-goers also received a chance to eat dinner and drink with the players, as well as participate in live and silent auctions to collect signed Giants, New York Yankees, and other sports memorabilia.

“I’m thrilled. This is an event I certainly look forward to every year,” said Tyree. “Children of the City is one of the most impactful organizations, and I’m fortunate to have a piece to share my platform…I’m just thrilled to have the support of the New York Giant organization as well as these players.”

Before the auctions, a member of the foundation shared her story with the attendees, a touch that Tyree throughly enjoyed.

“It’s real. I think for so many of us in much fortunate situations, it’s not that we don’t care – it ‘s just that there’s a disconnect,” said Tyree. “To lay that bridge to go to the next level, to dig a little deep in our efforts to secure a better future for others, it’s impactful.”

“It’s a great experience. It’s a great cause,” said McKenzie. “It’s great to come out and see some of my former teammates…it’s a good way to celebrate 10 years since our first Super Bowl.”

“Everybody knowing us and excited to see us and us just being able to hang out with these guys, it’s really cool,” said Engram.

The newest Giants tight end added that his favorite part of the night was hanging out with the children and seeing how excited they were to hang out with the first-round draft pick.

“I remember watching football growing up, and if I saw any players I knew, I was starstruck. Being able to see their faces when we walk in the room or see their excitement when they ask for a picture, or sign a ball, it’s really cool to see.”

Tyree said the ultimate goal is to impact lives.

You can watch the full interviews from the event below.

Anthony Morrow Gives Back!!
Once a Giant, Always a Giant!!