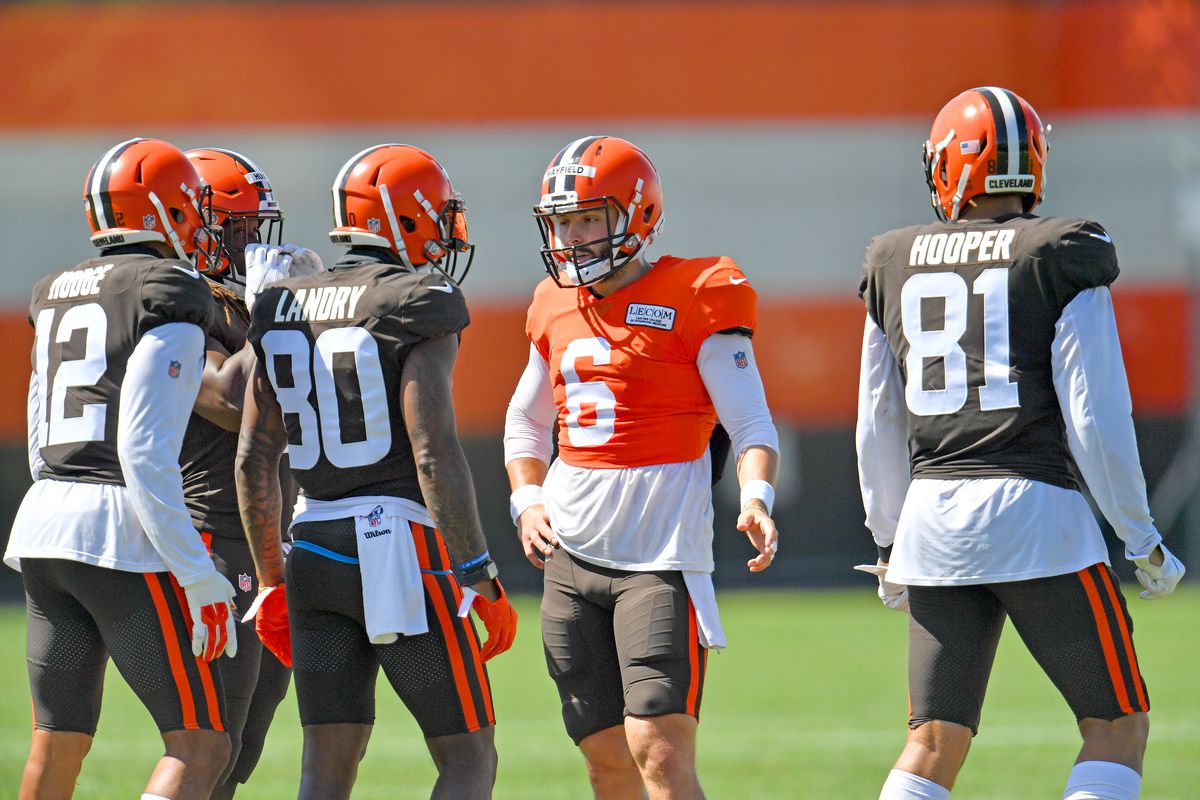 Some of the Browns players and coaches spoke to the media yesterday before leaving Berea. Obviously they are riding high after beating the Washington Football Team, sans Chase Young, pretty easily. Head Coach Kevin Stefanski spoke with reporters along with quarterback Baker Mayfield, center J.C Tretter, and running back Nick Chubb. They were happy with the win but all four said they had already started focusing on their looming trip to Jerry’s World, which in no way will be easy.

Baker Mayfield Speaking with the Press:

Nick Chubb Speaking to the Press:

J.C Tretter Spoke to the Press:

Myles Garrett Mic’d Up vs Washington:

The Browns usually meet with the press again tomorrow so there will be more injury updates tomorrow along with more news and notes to go over. They need to be cautious in practice this week, as the weather is supposed to be wet and ugly.