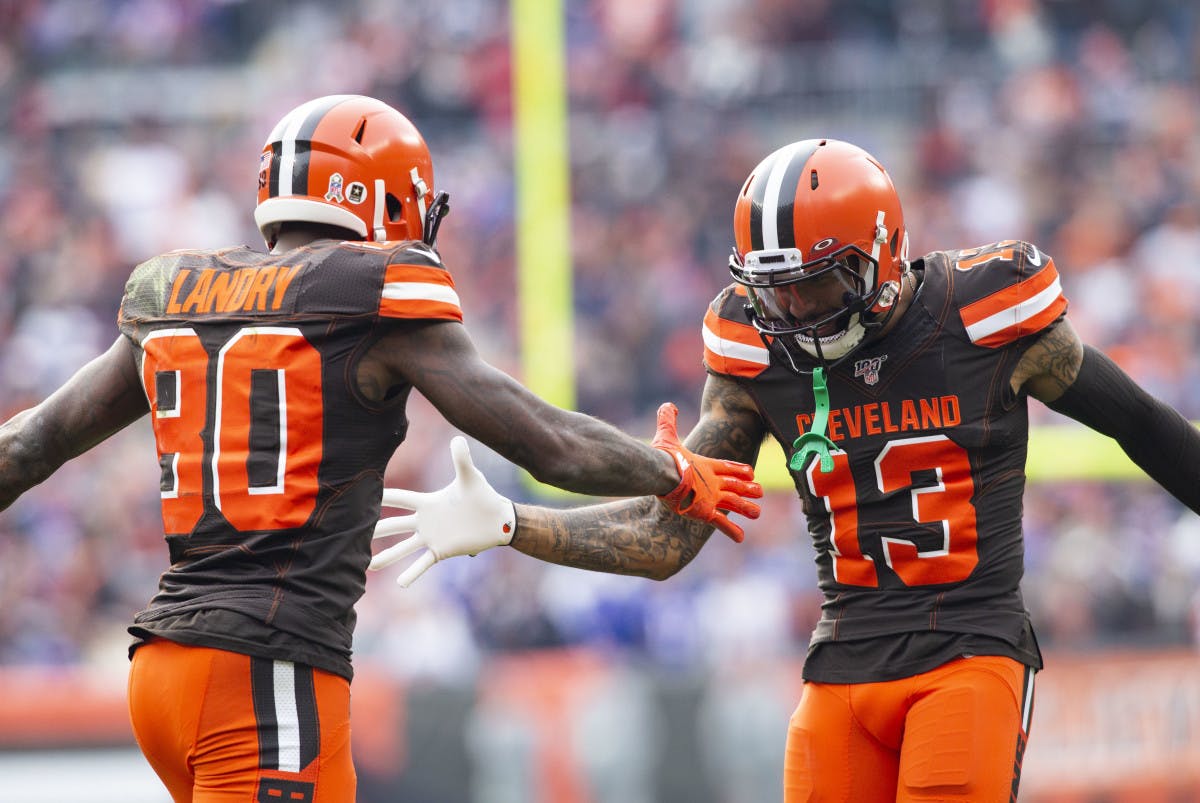 So yesterday we went over the Browns player grades on offense through eight games. Today we will head to the defensive side of the ball, where the Browns have been terrible this year. Without Myles Garrett and Denzel Ward, this unit might be the worst in the NFL. Before we go any further, let’s jump right in to the harsh player grades on defense.

Defensive End Myles Garret: Myles Garrett is the front-runner to win the NFL Defensive Player of the Year Award at the end of the season. On the year. He leads the NFL with 9 sacks. He also leads the league in forced turnovers and QB hits. He is second in the NFL in QB Pressures. Without Garrett, let’s just say this defense would be even more deplorable. Grade: A+

The Rest of the Defensive Line (Richardson, Vernon, Ogunjobi): Other than Garrett the defensive line has been below average all year. Richardson played well to begin the season, but seems to have fallen lately. Olivier Vernon was non-existent in the beginning of the year, but against the Raiders, he did record two sacks. Finally, Ogunjobi is a hard-worker and puts it all on the field on Sundays. but at times he has been over matched, and out powered. Grade: D+

Linebackers: Many Browns fans will tell you that this position group has been the most disappointing this season. B.J. Goodson has turned himself into a useful piece on defense. He has two interceptions, and is becoming a better pass coverage linebacker every week. Malcolm Smith, has been incredibly inconsistent this year. He has about 7-8 good defensive drives on the year, that’s it. He is also very below average at pursuing offensive players. Mack Wilson and Sione Takitaki, the two linebackers drafted in 2019, have been wildly inconsistent. Wilson has also been slow pursuing runners. Tae Davis and rookie Jacob Phillips get an incomplete because of nagging injuries. Grade: C-

Safeties: Andrew Sendejo has been a disaster at free safety. You can spot him in every game, he’s the guy who is over-pursuing runners and getting burned in the secondary. Karl Joseph has been sidelined with an injury. Sendejo has played much more than he was supposed to, thanks to a season-ending injury to the Browns first pick in the second round, Grant Delpit.

Ronnie Harrison has been above average at times, and he plays with heart. However, in the NFL just playing with heart won’t get it done. He is getting better in coverage, and finishes tackles better than anyone else in the secondary, minus Denzel Ward. Sheldrick Redwine had a great moment in the spotlight, when he picked off Phillip Rivers to basically seal the game for the Browns. Other than that, he seems lost in coverage, and is a poor tackler. Grade: C

Cornerbacks: Denzel Ward is one of the premier corners in the NFL. He has great awareness in coverage, and he tackles incredibly well for a corner. As a true man-coverage corner, he is playing well in soft zones, and short zone coverages. On the other side of the field, Terrance Mitchell has played much better than expected. He started the season on a tear, but has slowed down recently. However, overall he’s been a pretty damn good number two corner. The Browns will continue to wait on Greedy Williams, as he battles through an injury. However, the time will come for Greedy Williams to either step up or get out of the way. Kevin Johnson has been serviceable slot corner at time this season, but he’s caught out of position too much. Finally corner Tavierre Thomas has been a star on the special teams unit. Most of the time he’s the first player down the field on kickoffs, and defending punts. Grade: B+

Well that’ll do it for the Browns Mid-Season grades. Obviously starting 5-3 will have fans excited. But as you can see above, and in the article from yesterday, the Browns need to step up at multiple positions to end the year if they want to stay in the playoff race. Coming off the bye the Browns will host the 2-6 Texans. If the Browns can come out of the bye and produce a solid win, Cleveland fans might start thinking “Super Bowl 2021.”