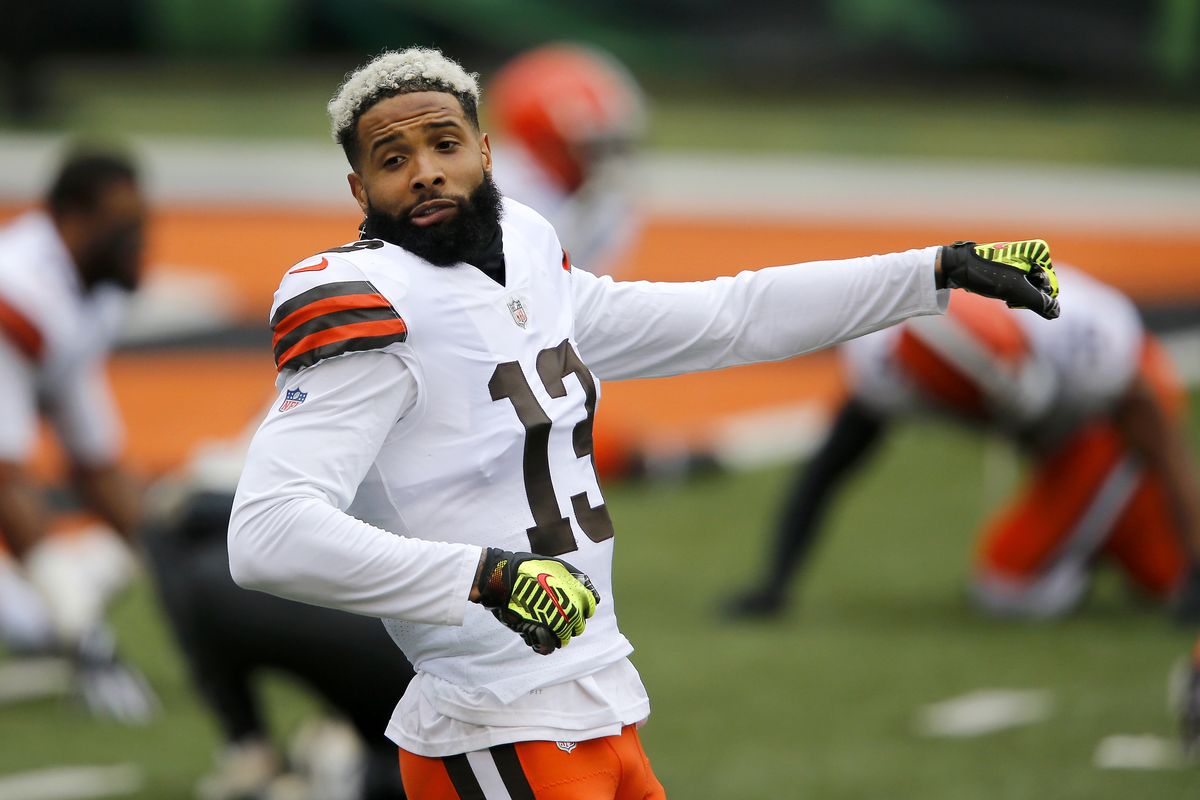 Breaking News: Odell Beckham Jr. texted ESPN’s Josina Anderson that he has a torn ACL and his season is over.

With a thrilling win in Cincinnati, the Browns look towards next week’s opponent, the Las Vegas Raiders. Unfortunately, the Browns will take the field next week, and for the rest of the year without Odell Beckham Jr. After Baker Mayfield was intercepted on his first pass, OBJ chased down Darius Phillips and tried to make a tackle. He chased him down, but he landed awkwardly on the scrum which led to him being taken into the locker room. At the time his return was questionable, but after half-time Beckham Jr. was ruled out with a knee injury.

Kevin Stefanski said it best in his post game press conference, he said Beckham Jr. will have an MRI on his left knee on Monday. At the time, Stefanski didn’t want to speculate about the severity of Beckham Jr.’s knee injury. This morning he reached out to ESPN’s Josina Anderson and told her he has a torn ACL, and his season is over. What does this mean for the Browns going forward?

First and foremost, we all hope for a quick and successful return from injury for Beckham Jr. However, without Nick Chubb and now OBJ, the Browns will have to find other play-makers. Kareem Hunt has been able to fill in for Chubb and be successful. However, what will their aerial attack look like without the superstar from LSU? Well, it means that some players are going to have to step up and cover for their injured teammate. Harrison Bryant, rookie tight end, caught two touchdowns yesterday, and filled in well with Austin Hooper sidelined. The former Mackey Award winner was a lethal threat in the red zone, with size and speed in his arsenal. Also look for the Browns to lean more on Landry, Higgins, Njoku, and Peoples-Jones.

What a Sunday of great football. The Browns move a tiny step closer to being a contender, but as Myles Garrett said, the defense needs to improve. The Browns will host Jon Gruden and his Las Vegas Raiders next week. If they win that game, the chatter will become louder and louder. With all that being said, the city of Cleveland is finally beginning to believe in this team and this coach. Whether it be 5-3 or 6-2 heading into the bye week, it doesn’t matter, it’s still light years ahead of the Browns from the past.

“Screw That, We’re Going to Win It.” In a Tale of Two Halves, Baker Mayfield was Feeling Dangerous Yesterday
Even at 5-2, Hue Jackson Can’t Stop Talking About the Browns