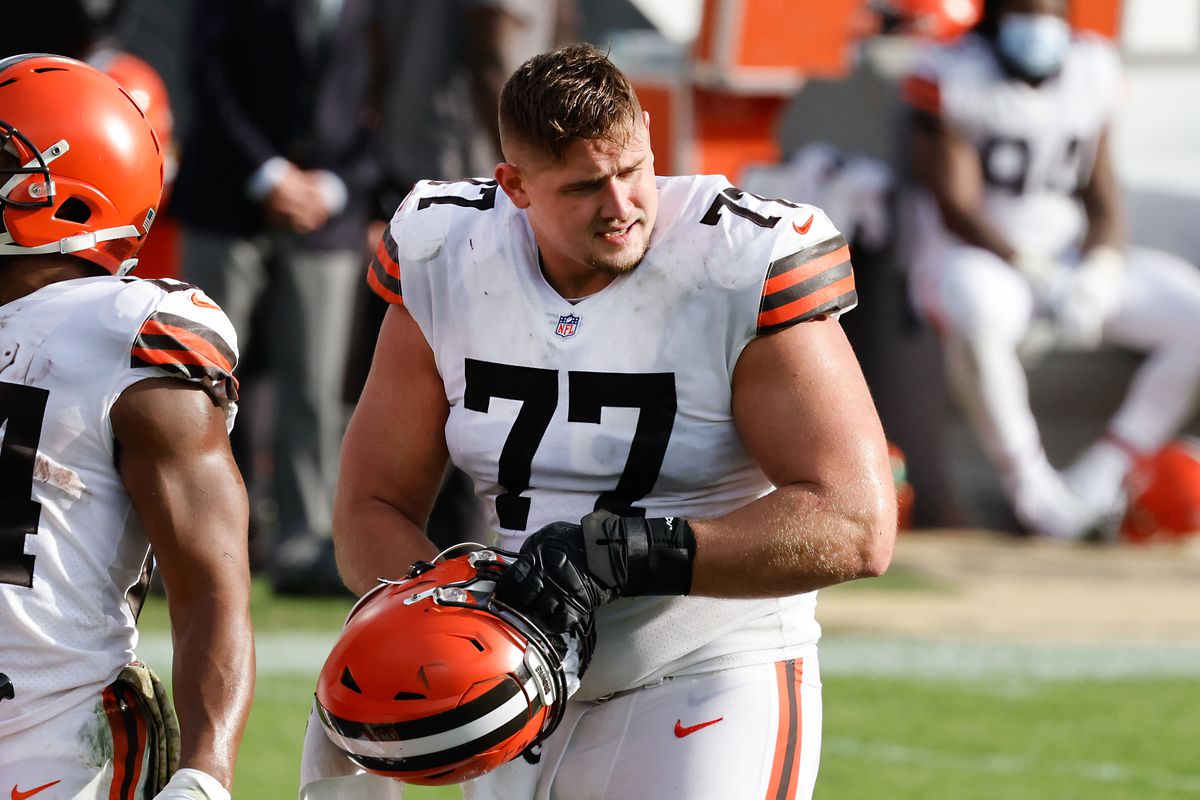 It’s hard to believe it’s already Tuesday, but it is. Browns fans are still riding high after their win over the Tennessee Titans in Nashville on Sunday. The Browns racked up the points in the first half, and hung on by a thread in the second half to get their biggest win of the season 41-35. The Browns have now clinched a winning season, and a possible playoff birth for the first time in 19 years (2002). It is a special time in Cleveland. Let’s dive in and take a look at some news and notes from this week in Berea, plus three takeaways from the Browns win on Sunday.

2. The Browns Took Derrick Henry Out of the Game Completely: Derrick Henry finished Sunday’s game with 15 carries for 60 yards and no touchdowns. With the Browns scoring early and often, the Titans needed to pass the ball to get back in the game. The Browns defense swarmed to Henry when he had the ball. The Browns also forced a fumble from Henry, his first time in over a year. Very impressive. The Browns defensive line was dominant once again as the Titans focused most of their blocking attention to Myles Garrett, which opened up lanes for guys like Larry Ogunjobi, Olivier Vernon, and Sheldon Richardson. That’s the Myles Garrett effect. When he’s on the field, offenses need to game plan around him, so that frees up blitzers and other defensive linemen. Garrett did have one sack in this game, bringing his yearly total to 10.5, which is good for fifth in the league, and second in the AFC. It’s likely Myles Garrett would be on top of the stat leaders for sacks, had he not missed two games.

3. The Sneakiest Best Signing Durin the Off-Season May Have Been Cody Parkey: Browns fans know all too well about bad kickers, looking at you Austin Seibert and Zane Gonzalez. This off-season the Browns signed kicker Cody Parkey, and fans were up in arms about it. Cody Parkey is famously known for missing the potential game-winning kick in the 2018 Wild Card Round Match-up of the Chicago Bears and Philadelphia Eagles. With only seconds remaining on the clock, Parkey stepped on the field for the Bears to kick the 43-yard field goal. However, he missed right, and it hit the upright, fell down to the side and hit the other upright, then fell to the ground, for the miss. When the Browns signed him, many people thought, “him really him?” However, Parkey has been very consistent and steady for the Browns. He’s 17-19 on field goals. He is 4/4 kicking from the 20-29, 4/5 from the 30-39, 9/10 from the 40-49, and 33/34 on extra points. With so much failure in the past for Browns kickers, hopefully Parkey can break the curse. (I’m 100% positive that now he will miss a big kick this weekend.)

Well there you have it, the Browns are 9-3 for the first time since 1994. Everything seems to be clicking for Kevin Stefanski and the Browns right now. Let’s hope they aren’t peaking too early, although just a playoff birth would be great. This Sunday the Browns will take on a tired Baltimore Ravens team who will have only four days rest before Sunday’s game versus the Browns. Keep your eyes open for more Dawg Pound Reports coming throughout the week!