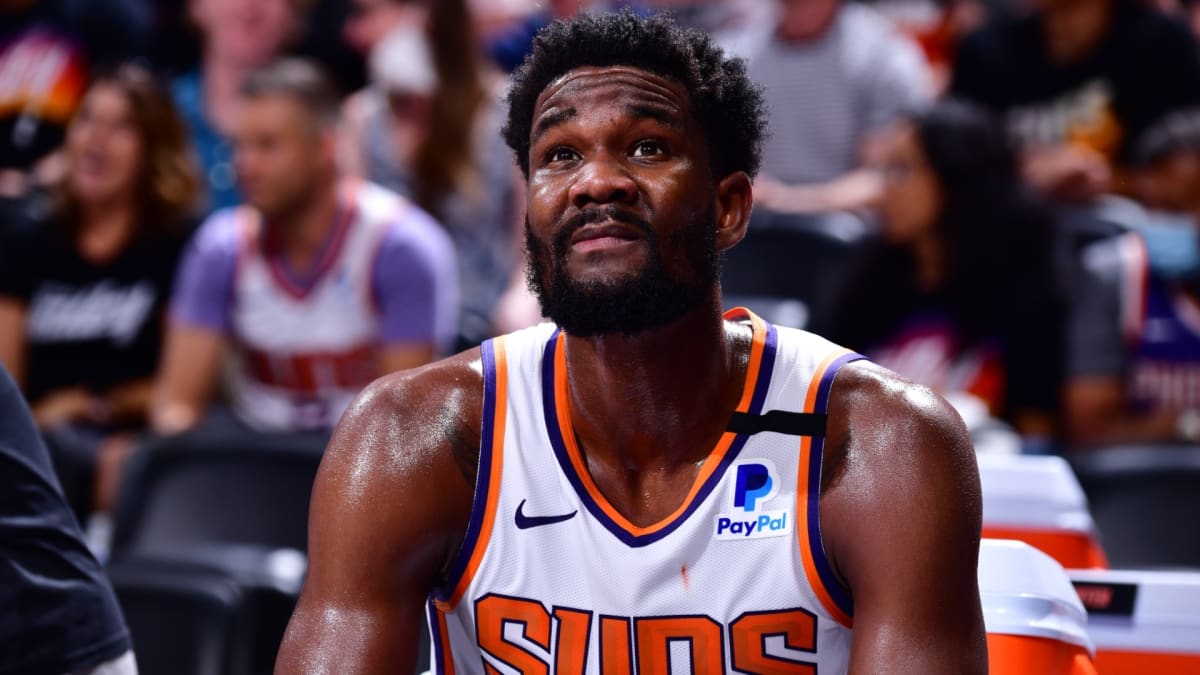 Since the All-Star break, Phoenix Suns center DeAndre Ayton has played some of his best basketball of the season. This has pushed the Suns to win 60+ games this season and has led to them clinching the number one seed in the West with the regular season ending on April 10th.

Since the All-Star break, Ayton’s averaged 18.9 points on 66.4% from the field. He’s also averaged 9.5 rebounds per game, including multiple games with 10 or more boards during this stretch.

Something that Ayton has done differently during this stretch is his aggressiveness on the offensive end. Over this stretch, the Suns have been without point guard and one of the top playmakers in the game, Chris Paul. With him out, this meant that some of his scoring rested on the shoulders of his teammates. This has forced Ayton to have to pick up his shot attempts per game and be more aggressive in the paint, which has led to an increase in scoring.

Ayton tends to get a lot of open shots through Paul’s playmaking off the pick and roll. However, with Paul out of the line-up, Ayton’s shots were more contested. This is something to note because along with being more aggressive, he’s had to find other ways to score in the Suns’ current scheme. This has included an increase in turn around post moves and jump shots, something he’s been able to use to score with pretty consistently since Paul’s injury.

However, the question that still remains is will the Suns give Ayton a MAX contract? Is that the best way for Phoenix to utilize their cap space?  Is placing a MAX contract on Ayton worth it if it means that some key bench players or role players might walk? These questions will be tough to answer for GM James Jones, who has built this current first-place team and championship roster with depth as a primary factor.

One thing to point out since the trade deadline is that the Suns’ 2019 first-round draft pick, center Jalen Smith, was traded to the Indiana Pacers. This means that outside of Ayton, the Suns would have to rely on veterans such as JaVale Mcgee and Bismack Biyombo to fill that center role if they remain on the team past this season.

This could be a sign that the Suns are preparing to offer Ayton the MAX because Smith likely would have stayed on the team if Ayton was let go. Instead, with trading him, there is not a likely candidate to take over the starting role unless they decide to sign a cheaper center during free agency or a scenario of a trade swapping centers.

With the Suns locked into the one seed in the Western Conference come playoff time, Phoenix will likely evaluate these questions throughout the playoffs.  Especially with Phoenix’s high expectations as the favorite to come out of the West, pressure will be on Ayton to perform.

If what they have is working and Phoenix ends up with success during the postseason, it might be worth paying Ayton in order to keep this team together. Phoenix is one track to possibly make another run for the finals after a nearly 30-year drought with this young core.

However, one mess up with how a team uses cap space can also ruin a good thing. Winning is an extremely precarious situation and it has caused teams to sign risky contracts in the past that ended good runs.  It will be interesting to see what happens to Ayton during the off-season.