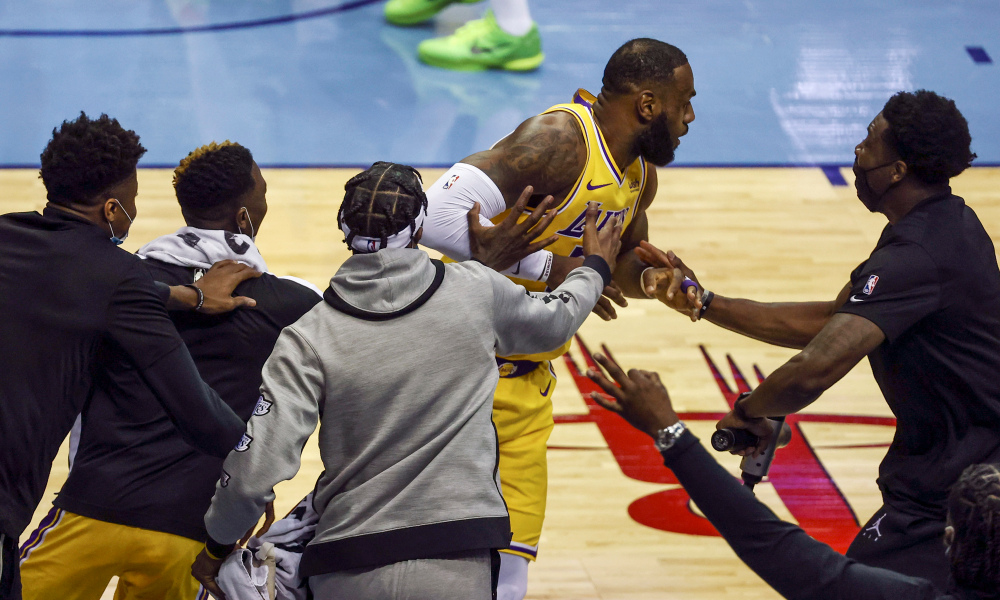 The Los Angeles Lakers are becoming the defensive juggernaut that they have strived to be thus far this season.

After losing to the San Antonio Spurs last Thursday, Anthony Davis had some choice words when talking about the Lakers’ defense.

LeBron James chimed in on Davis’ comment saying Davis can voice any opinion he likes as a team captain.

“He’s a captain. He’s one of the two captains that we have, including myself and he can voice any opinion that he will like, any facts that he likes for a ball club because one thing about him, whatever he says, he’s gonna apply to himself as well. He is holding himself accountable,” LeBron said. “So when he holds us accountable, we hold him accountable, and he holds himself accountable and vice versa. So, you know, AD can say whatever he wants because it’s all for the betterment of our team. And we are responsive to that. So, we thought that was right on point.”

Since then, Davis and the Lakers have been on top of their game during their mini series with the Houston Rockets.

In their 117-110 win on Tuesday night, Davis led the way on the defensive end with five blocks to go along with his double double (19 points and 10 rebounds). Kentavious Caldwell-Pope and Alex Caruso were hounds tonight, stripping Houston for three steals each. In addition, former Defensive Player of the Year, Marc Gasol, left his mark on defense recording two steals and two blocks.

“We were very on point defensively tonight and the other night,” Davis told Mark Trudell. “We’re finding ourselves defensively and becoming the team we want to be. A team who plays harder than the other team, a team who plays scrappy and physical… We got to keep this going, keep being a defensive minded first team and the rest will come easy for us.”

The Lakers are currently sitting in first place as the NBA best defensive team. Should the Lakers keep this up, it will only make them much better than they were last year. It is clear that the team’s main focus is on the defensive end as they can control that with their effort.

A Return to Grit and Grind: The Key to the Grizzlies’ Resurgence
The Fall Of James Harden